Home / Articles / Is there a UFO under Dreamy Draw dam?

There is a rumor circling the internet that there is a UFO hidden under the Dreamy Draw dam just north of Phoenix, Arizona.

Is there a UFO under Dreamy Draw dam?

There is a rumor circling the internet that there is a UFO hidden under the Dreamy Draw dam just north of Phoenix, Arizona. It is supposedly part of a literal UFO cover-up of a crash that took place in 1947, the same year as the famous Roswell incident. The area is now a city owned park and internet searches on the area will result in people talking about the hiking trails and others commenting about the UFO rumors. 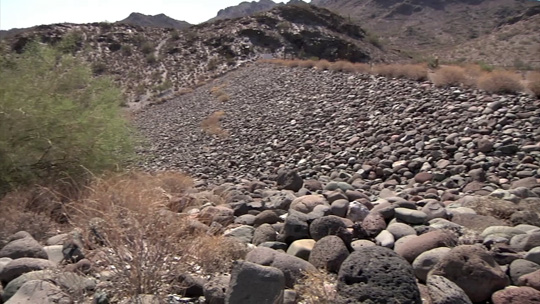 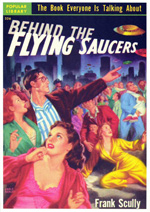 This rumor most likely started from an alleged UFO crash written about in two popular UFO books. The first being Frank Scully’s Behind the Flying Saucers, published in 1950, this was one of the first UFO books to make it big. Chris Carter, writer for the X-Files TV show, used Scully’s last name for FBI agent Dana Scully. This book was based on the Scully’s interviews and experiences with two alleged UFO insiders, Silas Newton and an anonymous scientist he called, Dr. Gee. The later is now believed to be a man by the name of Leo GeBauer.

Newton and GeBauer turned out to be oil conmen, and it is widely believed that they lied to Scully about everything Scully wrote about in his book. So what did they say? They essential told Scully they were involved with the recovery and analysis of crashed flying saucers. This  summary is very simplified and the book is well worth reading. Some of the crashes they allegedly knew about were in New Mexico and one was in Arizona. The crash in Arizona was of a 36 foot craft from which two humanoid bodies were recovered, but there was no information regarding the exact location. 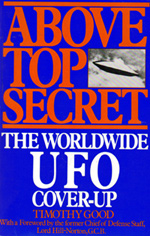 Then in 1987 Timothy Good published his groundbreaking book, Above Top Secret, full of hundreds of UFO cases from around the world. One section is titled Paradise Valley, 1947. Here Good recounts the Scully claims, but goes on to say that he interviewed a man by the name of Selman Graves who believes he witnessed the crash. He says on a hunting trip he and his buddies saw tents around a strange domed object, and that the Air Force had restricted access to the area. After reading Scully’s book he put two and two together and figured that he must have seen the army recovering a crashed UFO.

Graves also recalled that his hunting friend had been out in that direction before the rest of the hunting party had arrived, and suspected that perhaps this friend had found the alien bodies Scully had written about and kept them in his freezer until the Air Force could pick them up.

The area Graves had witnessed all of this was called Cave Creek, near an area now called Carefree. Back then this was past the northern suburbs of Phoenix, however modern Phoenix has enveloped the area. Graves went on to say that years later he noticed digging going on in the area they had witnessed the object and that Cave Creek road was diverted.

Cave Creek is nearly 20 miles North of Dreamy Draw, however, Good refers to the area of the crash as Paradise Valley, which is actually near Dream Draw. So if you were reading Good’s book and thinking where the heck could this crash have happened in Paradise Valley, one might think of the Piestawa Peak Park, home of the Dreamy Draw dam. To add to the mystery of the site, some internet commenters question the need for the dam and believe it to be redundant and useless. 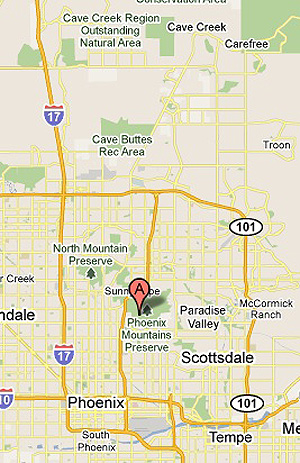 Map showing the areas in question. The mark is at the Dreamy Draw dam.

We called the city and set up an interview with one of the park rangers in charge of the dam area which can be seen below. He said that the area does flood and without the dam, the water would flow into nearby neighborhoods and damage property. He also noted that the dam wasn’t built until 1973, which coincidentally was the year of a large UFO wave throughout the United States.

So, does the legend of the Dreamy Draw UFO stem from Selman Graves’ testimony to Timothy Good? Or is there another UFO crash story out there we have not yet heard of? If you witnessed a UFO crash in Piestawa Peak Park in the early 70’s we would like to hear about it.