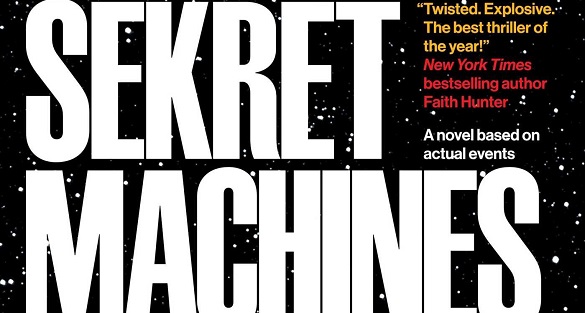 Now that the election is over, so is the leak of emails from Hillary Clinton’s campaign manager, John Podesta, by WikiLeaks. Many of his emails discussed UFOs, a topic Podesta has shown interest in, and one of the most intriguing, and revealing, strings of UFO emails was regarding a Google Hangouts meeting Podesta set up with rockstar Tom DeLonge, two USAF generals, and a VP from Lockheed Skunk Works – the guys in charge of Area 51. 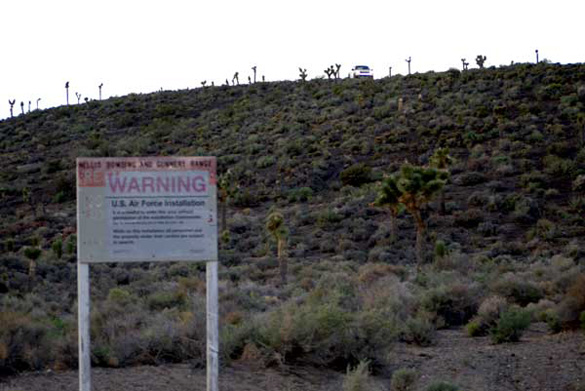 However, now that the leaks are done, and looking more closely at the UFO emails, it is not just shocking that these men attended a meeting about UFOs, but, apparently, one of the USAF generals has been advising DeLonge on his project to reveal the government has back engineered alien technology. DeLonge has even implied that the general told him the U.S. had found an alien body.

DeLonge has not made it a secret what his recent focus has been. He was the front man for the popular rock band Blink 182, until he left, presumably, to pursue his investigation of UFO secrecy. DeLonge told the Rolling Stone of the breakup, “I couldn’t tell the band I was working with people in the government.”

DeLonge explained, “I have 10 people that I’m working with that are at the highest levels of the Department of Defense and NASA and the military.” 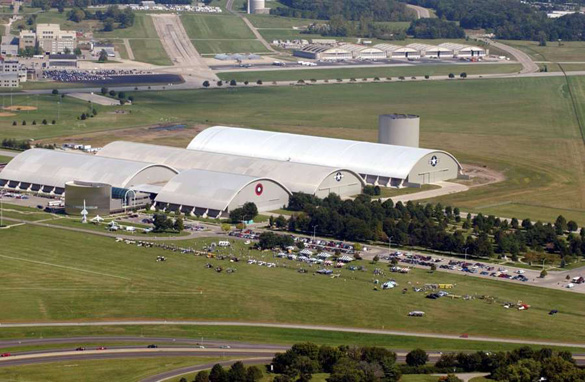 It is surprising enough people in the government would be working with DeLonge on a UFO project, but it is even more surprising what he says they have told him. DeLonge says he based his recent fiction book, Sekret Machines Book 1: Chasing Shadows, on the information they fed him. The book is about the government’s decades long project to back engineer alien technology and hide it from the public.

According to Rolling Stone, DeLonge claims he was approved to say he used  “sources within the aerospace industry and the Department of Defense and NASA.”

Who approved him to say this, and who are his sources? Until the Podesta UFO WikiLeaks, we had no idea who these people were, if they were really with the government, or if they existed at all. What we found in the WikiLeak emails is – well, I have used the word a couple times already, but it fits – shocking. 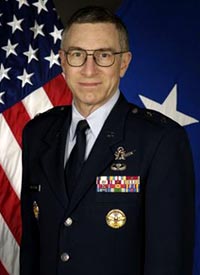 It turns out DeLonge was having conversations with insiders. As we wrote about in the article on the Google Hangout UFO meeting, and mentioned earlier, but of particular interest for this article is the general from Wright-Patterson Air Force Base, Major General William N. McCasland, who we know from the WikiLeaks emails, goes by Neil. McCasland’s USAF bio says he is the Commander of the Wright-Patterson Research Laboratories.

His bio continues: “He is responsible for managing the Air Force’s $2.2 billion science and technology program as well as additional customer funded research and development of $2.2 billion. He is also responsible for a global workforce of approximately 10,800 people in the laboratory’s component technology directorates, 711th Human Performance Wing and the Air Force Office of Scientific Research.”

The meeting took place on January 25, 2016 at 10:30 am. In an email from DeLonge to Podesta sent that afternoon, DeLonge writes:

He mentioned he’s a “skeptic”, he’s not. I’ve been working with him for four months. I just got done giving him a four hour presentation on the entire project a few weeks ago.

Trust me, the advice is already been happening on how to do all this. He just has to say that out loud, but he is very, very aware- as he was in charge of all of the stuff. When Roswell crashed, they shipped it to the laboratory at Wright Patterson Air Force Base. General McCasland was in charge of that exact laboratory up to a couple years ago.

He not only knows what I’m trying to achieve, he helped assemble my advisory team. He’s a very important man.

While it seems McCasland was reticent to share what he had previously told Delonge, this email is not the extent of DeLonge’s shocking claims regarding a previously unidentified general who DeLonge claims helped him assemble his team of insiders. On July 5, 2016, DeLonge posted this statement on Facebook with a picture of the gates at Area 51:

I landed on the Tarmac, walked off the plane, and met a smart and fit man in his 60’s. Never seen a Multi-Star General before.. Let alone talked to one. He led me to a table in the back of a large room. He leaned across the table and said “It was the Cold War, and we lived under the very real threat of Nuclear War every day… And somewhere in those years…We found a life-form.” I said, “Sir, I need help telling young adults this story…” He said, “What do you need?”….”Advisors”, I responded. “I need high-ranking Advisors in the Military, Intelligence and DOD to help guide me.” So- I was given 10 Advisors, each with knowledge in different areas that pertain to UFOs and the very real National Security issues associated with them. I do wish the press would ask me about this, rather than write stupid headlines about Aliens… I have been given a gift, the ability to tell you all our biggest secret. It will come in books, feature films and documentaries. It’s called SEKRET MACHINES

This statement is similar to statements he has made in interviews, including on the popular late-night paranormal radio show Coast to Coast AM.

It is not a leap to see DeLonge is suggesting McCasland was the guy who told him “We found a life-form.”

There is another email suggesting a general had given DeLonge and Podesta advice on what to add to a potential White House memo, presumably, on UFOs. This email was sent from DeLonge to Podesta in September, 2015. He wrote:

“I was thinking a bit more about what a White House memo should say. Something like these points to all Federal Agencies:

– In light of the President’s policy on STEM (citing official policy encouraging the study of science, technology, engineering and math)

– some back ground on your project

– the Administration encourages a favorable Public Affairs position by all Agencies

– appointes NASA to lead (this kind of public outreach is in NASA’s job jar, and if no Agency is appointed all will simply note and file the memo and likely do nothing)

– and to coordinate with DoD, DNI and NOAA (the other major space actors, putting a bit of light on them)” 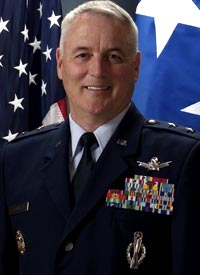 However, there was another general in that Google Hangout meeting, who appears to have been working with DeLonge for awhile. That is retired USAF Major General Michael Carey. According to his USAF bio, Carey was the Special Assistant to the Commander, Air Force Space Command, Peterson Air Force Base, which is also the home of NORAD. Petersen is at the base of the famous Cheyenne Mountain.

In this later email, DeLonge mentions he is going to meet with officials from Air Force Space Command. That makes it likely Carey was the one who sent the pointers regarding the memo. Carey also seems to have an interest in the topic, he even submitted a book review for Sekret Machines, that can be seen on the book’s webpage on Amazon.com.

I should also note that the other VIP attendee of the Google Hangout meeting, Executive Vice President & General Manager Advanced Development Programs (Skunk Works) at Lockheed Martin Aeronautics Rob Weiss, also showed a bit of follow-up interest in the meeting. In an email from DeLonge to Podesta dated February 22, 2016, DeLonge says he received an email from Weiss asking if there were any updates.

So what is going on here? DeLonge is not just blowing smoke, he has had high-level meetings. But can we believe that McCasland has told him the USAF recovered an alien body and is back engineering alien technology and is helping him assemble a team to reveal this information to the public?

Grant Cameron of PresidentialUFO.com says yes. Although he is a Canadian, Cameron has been looking into the history of U.S. Presidents and the UFO topic for decades. He believes the U.S. is holding UFO and alien secrets and that the U.S. Presidents are briefed on the situation. Further, he believes there has been an ongoing project to slowly feed this information to the public and DeLonge must be a big part of a phase to this project that is coming to fruition. Cameron says as soon as January we may receive a big piece of information. Cameron and I debated his perspective on a recent episode of Open Minds UFO Radio. 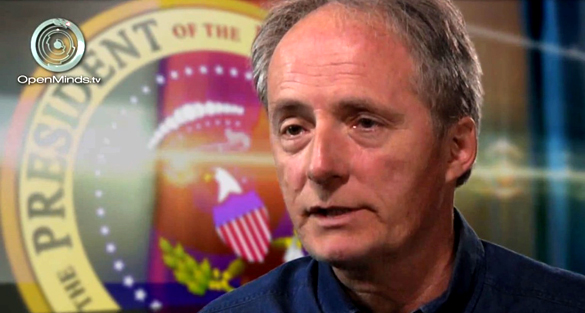 Another perspective is that DeLonge is falling prey to a USAF program to disperse disinformation. This may seem farfetched, but there have been other credible claims of this happening. In at least a couple other occasions the USAF has approached the media telling them they will give them exclusive proof of alien visitation, and then backing out. Strange behavior, but it has been documented. At OpenMinds.tv, we have examined one of these cases very closely. You can see an investigation of that case below. In DeLonge’s case, perhaps they were not planning on WikiLeaks, and/or the Russians, outing them. 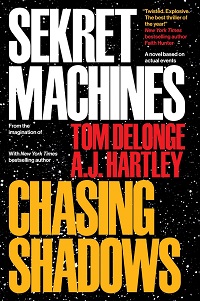 Robbie Graham, author of a book titled Silver Screen Saucers: Sorting Fact from Fantasy in Hollywood’s UFO Movies, has been examining this later possibility in articles on the website Mysterious Universe.

Of course, the possibility I originally posited, that these men are humoring DeLonge, could be what is happening. Perhaps they are interested in the topic, they really don’t know much about UFOs, and they want to get people interested in the topic as well. But why? To generate interest in science? And if that is the case, then what about the claims that McCasland, or someone else, is telling DeLonge we have an alien body and back engineered alien technology? Is DeLonge lying?

This, to me, is a fascinating mystery. If DeLonge is right, we should know more soon. Or, if history repeats itself, the USAF will not go through with providing DeLonge anything of substance. Perhaps they will even use the email leaks as an excuse to stop working on his project altogether and either deny, or just refuse to speak about, their involvement thus far.

Either way, since the cessation of Podesta WikiLeak drops, the matter seems to be drifting off into obscurity, even among UFOers. However, it is a matter which likely is not finished. DeLonge appears to be forging ahead, as are Graham and Cameron. Normally we could say time will tell who was right, but in matters UFO, often, confusion, unanswered questions and enigma are all we are left with.

Special thanks to Elephant in the Room.