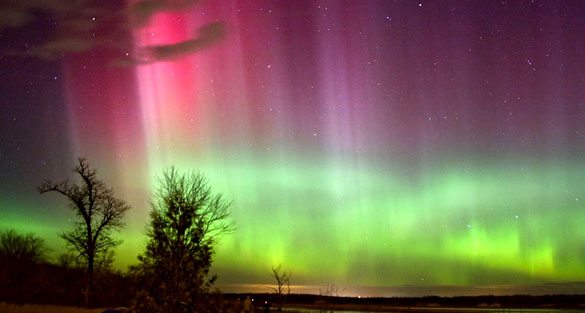 An Iowa witness at Cedar Falls reported watching a silent, triangle-shaped UFO moving in a straight line overhead that appeared to cloak itself, according to testimony in Case 72695 from the Mutual UFO Network (MUFON) witness reporting database. 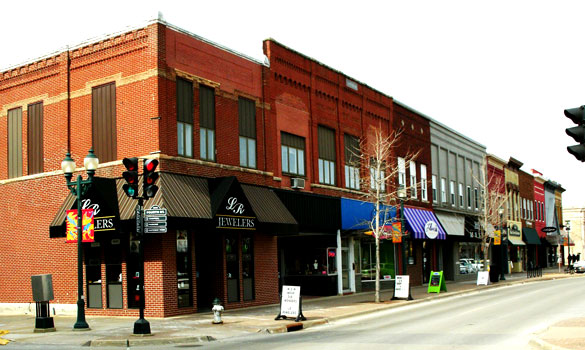 “Went out to have a smoke and noticed a movement to my right peripheral side vision in the star-filled sky,” the witness stated.“Saw what appeared as a fuzzy outline of a V-formation or triangle craft directly above. Hard to discern it as it appeared slightly lighter than the dark background sky, fuzzy edges with a translucent appearance.”

The witness stated that the object was very difficult to see unless you were looking right at it.

“No lights, no sound and its glide path was to the south-southeast. Watched it for five-to-six seconds before it faded from view. Speed looked like around 200 mph at say 3,000 feet altitude – just a guess though as I could not tell its size.” 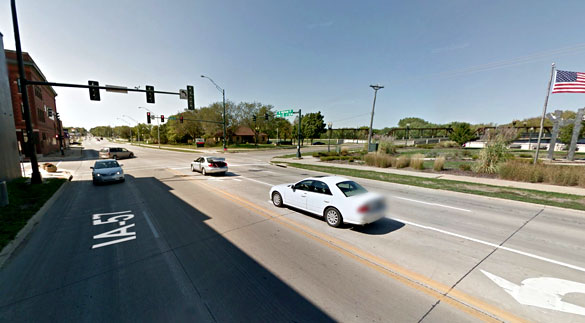 The object appeared to have a translucent appearance as it moved overhead. Pictured: Cedar Falls, Iowa. Credit: Google)

The witness stated that when the object was first seen overhead, it would have been the size of his hand at arm’s length.

“The object did not reflect from the moon that evening and for a lack of better words, and appeared to cloak itself somehow to the background. Very strange. I had my cell phone out, however, there was not enough time to capture it as I was wondering what it was in the first place. I am knowledgeable in earth sciences,known aircraft and consider myself an amateur astronomer. It matched the dark sky so much, I doubt a photo would have shown it unless during the day. Again, this object flew silently down/above main street in a city of 40,000+ citizens and no one else saw it? Another UFO sighting page shows the same object about 20 minutes before in the community of Ames, approximately 70 miles away on the same evening. This at least gives my report a little more substance. Thank You.”

Iowa MUFON Field Investigators Steve Junge and David Kreiter investigated this case and closed it as an Unknown.

“The uncharacteristic movements of the object as well as the shape, descriptions and appearance seem to rule out natural or human-made phenomenon,” Junge and Kreiter stated in their report. “According to the NUFORC website, a similar case happened on the same evening in the town of Ames, Iowa.” 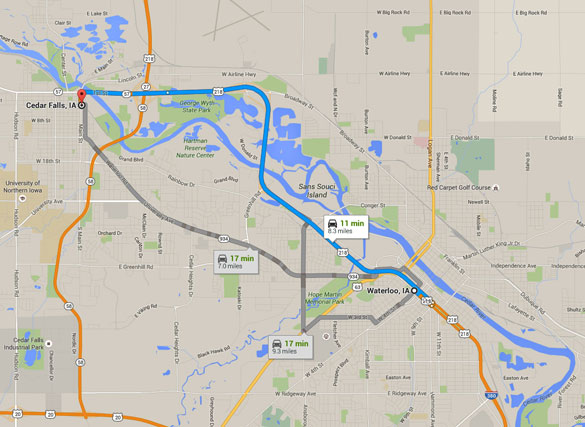 Cedar Falls is a city in Black Hawk County, Iowa, population 39,260. Please remember that most UFO sightings can be explained as something natural or man-made. The above quotes were edited for clarity. Please report UFO activity to MUFON.com.