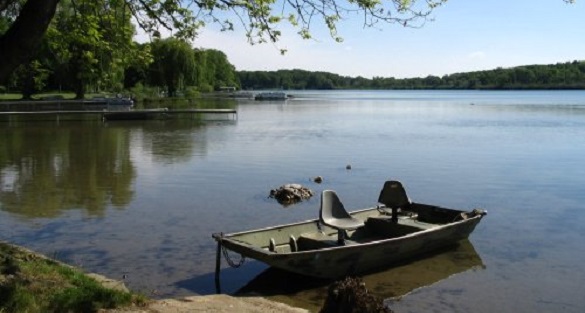 An Indiana witness at Angola recalled a UFO encounter from 2012 involved a shape-shifting UFO, according to testimony in Case 79957 from the Mutual UFO Network (MUFON) witness reporting database.

The events began at 10:30 p.m. on July 7, 2012, at Little Long Lake where the lake is divided by both the Indiana and Michigan state line. 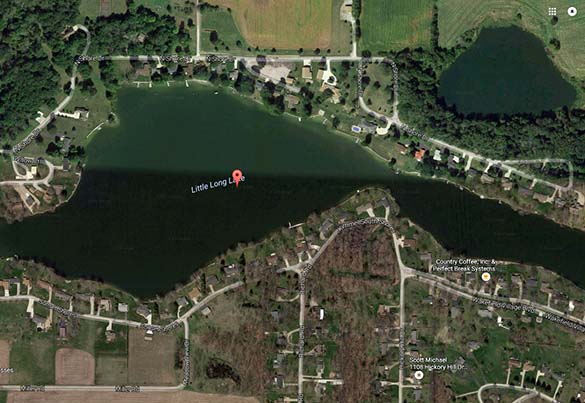 “I was on a pontoon boat sitting at the dock waiting for some friends who were using the bathroom in the cottage,” the witness stated. The skies were clear and full of stars. Being on the lake with little or no lights around the area made it very easy and enjoyable looking at the stars. It was an exceptional night for star gazing, which I love to do.”

Several other people were on the pontoon boat at the same time.

“I was laying down on one of the seats looking up at the stars in the sky. I happened to look to my right, which would be a northerly direction. As I looked off to my right, I noticed a glowing white ball in the sky, which seemed to get bigger as I gazed at it. It was moving toward our position. I figured it might be some kind of fireworks since it was just after the 4th of July (this incident was on Saturday, July 7th). But there weren’t any other fireworks being set off at the time.”

The witness was curious and continued to watch the globe move toward the boat. 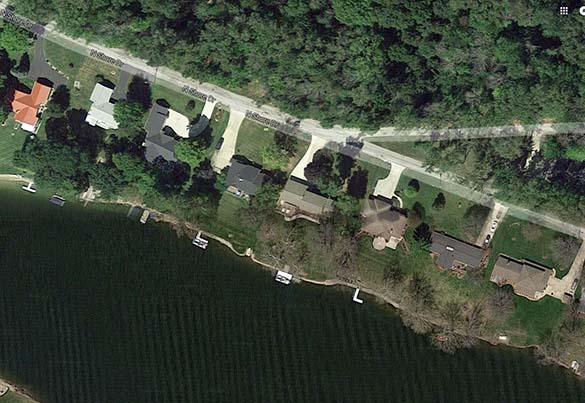 “Maybe it was a plane, but the globe or circle of light was too big to be a plane. I sat up to get a better view of this display. My friend was directly across from me laying on the other reclined seat. He was looking in a westerly direction. His sister-in-law was in one of the captain’s seats in the front of the boat looking east. The light got as big as a penny and then it burst into a perfect rectangular-shaped light. No globe-shaped figure anymore, just a solid glowing white light in a rectangular shape – like the globe exploded but no fragments – just a perfectly shaped and very long rectangle.”

“This was only a few seconds before there was nothing. It was gone. I blurted out, ‘What the heck was that?’ My friend didn’t move and just asked ‘what?’ His sister-in-law asked the same. I said,‘Right there,’ as I pointed in the direction of the white globe turned rectangular burst. As my friend exclaimed,‘What did you see?’ and his sister-in-law was repositioning herself to look in the direction I was gazing, two smaller spheres or globes appeared; one coming from a westerly direction and the other coming from the east.”

The witness described the two globes.

“One was a red color or scarlet-colored globe – smaller than the white globe before it burst into the rectangular shape. The other globe was purple or violet-colored globe. They came to rest on top of one another it seemed. Just for a second before one accelerated very fast straight up and the other straight down. This all happened quickly – not in slow motion – but in a few seconds. So before my friend’s sister-in-law was able to position herself to look in the direction I was locked onto, the globes were gone.” 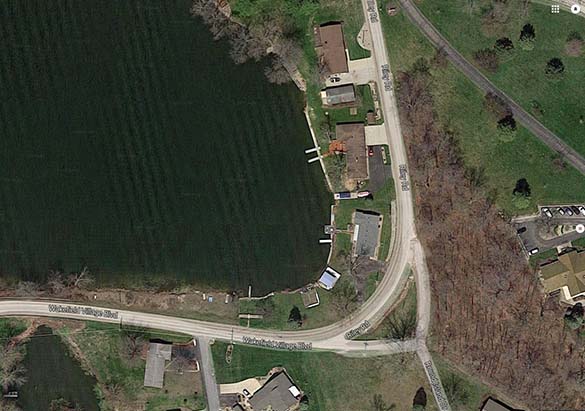 The original object was too big to be a plane. Pictured: Little Long Lake. (Credit: Google)

“I said, ‘Oh my God,’ look at that. My friend’s sister-in-law was turned around at the time and said – ‘what?’ I pointed in the direction of where these two globes had just disappeared. All of sudden, they both appeared again coming from the same direction they did before, from the west and the other from the east. They again stopped above each other – like resting on top of one another – for just a second or two and then just took off directly away from our position – very quickly until you couldn’t see them.”

“Though the short but vivid lighting effect suggests a possible meteor, the light formation and subsequent spheres tend to eliminate that explanation,” Hill and Delaney wrote in their report. “The fact that no others in the group observed a flash also tends to eliminate the meteor explanation.For lack of specific details beyond the light phenomenon and subsequent light patterns, it is extremely difficult to identify these sightings. Though the historical event could be a natural phenomenon, the resulting spheres raise additional questions about just what was observed. The additional event referenced as a moving light, which stops and speeds off, is consistent with numerous sightings of moving lights that don’t behave quite like a conventional aircraft. Recommended Disposition: Unknown/Other.”