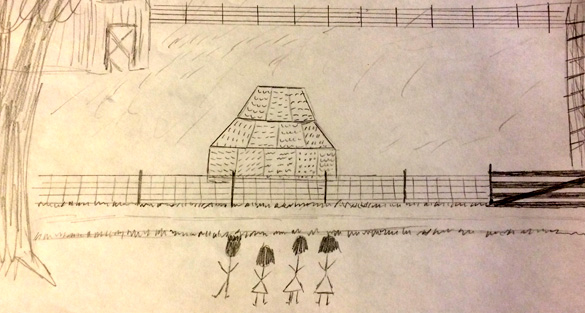 An Indiana witness at Homer recalled a UFO event from June 15, 1963, when a “craft landed in the barn lot” and was additionally seen by family members, according to testimony in Case 71168 from the Mutual UFO Network (MUFON) witness reporting database.

The witness, her mother, brother and sister had gone to Rushville with a cousin and they went outside to play when the events began.

“We went inside the house for a minute and then came out to the front yard to play,” the witness stated. “We saw the object in our barn lot – I would say 100 to 150yards away. We were mesmerized.” 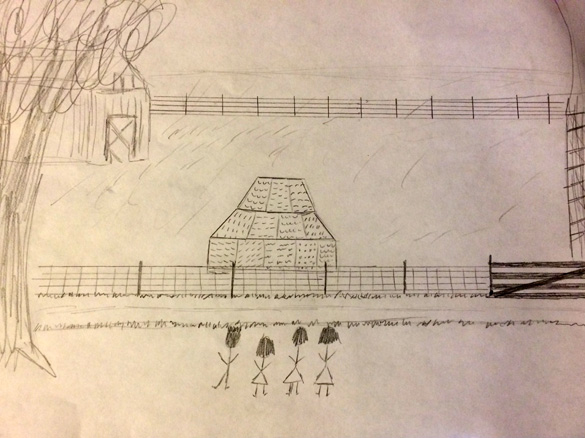 “I was standing on the right of everyone.We were all standing in a straight line.I remember glancing to my left and seeing my siblings and my cousin and catching a glimpse of my mother standing inside the screen door.The craft reminded me of a satellite made up of metal panels with different types of indentations on each panel.”

Different family members had details from their individual perspective.

“My cousin and sister report more of a disk shape. My mother and brother are deceased. Mother did remember the incident, but we never talked about it and I never talked with my brother.In fact, I had forgotten about it until my cousin mentioned it to me some 13years or so later.”

The sighting caused the witness to think of a fictional film.

“The object sat in the lot and I was thinking about the movie,“The Day the Earth Stood Still” and said to myself, ‘Well I wonder if anything is going to get out?’ Just after I thought this, the craft rose above the barn and in a second was a black dot in the sky.”

“My cousin became afraid and wanted to go back home.I said,‘wait a minute,’ and went to the barn lot and observed a yellow ring of dead grass.I drove out by there a few years ago and now there is a pole barn on that very site. Just recently I spoke with my cousin and she asked me if I noticed any scoop-like marks on my body that had been there forever, but didn’t know how they got there. I told her that I have a small scoop mark on my left upper outside leg that I thought was maybe a chicken pock scar but wasn’t sure.My sister also has a similar mark only on the back of her leg. My cousin’s and mine are in the same spot.None of us have any memory of being abducted.”

“The object was described by witness #1 as acorn-shaped, with three, three-foot panels around it, two rows, the top row being somewhat smaller than the bottom row, and each panel having what the witness describes as different lines, shapes, dots, etc.,” according to the investigator’s report.“No emission, no sound, about 15 to 20 feet in diameter, approximate 15-20 feet tall. No windows doors, no lights, gray in color. Witness relates the size of the object as that of an above ground pool. Sister and cousin describe the object as typical saucer-shaped. Brother had claimed he didn’t observe anything.”