An Idaho witness at Caldwell reported watching and videotaping a series of unknown lights that remained stationary and moved around during the event, according to testimony in Case 61233 from the Mutual UFO Network (MUFON) witness reporting database. 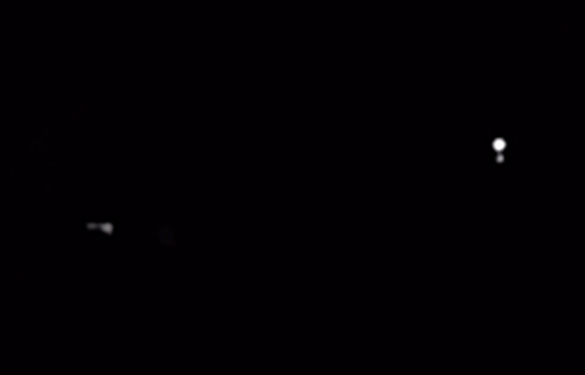 The reporting witness and his wife were driving to a gas station on November 3, 2014, at 11:20 p.m. when the lights were first seen.

“I saw a strange light hovering,” the witness stated.“I told my wife. She was looking at it too so we went on another road to get a better view. The one light object split into two and then I started recording the one light that stayed stationary while the second light moved around it – up and down and side-to-side.”

The witness was able to record two minutes of video (seen above). 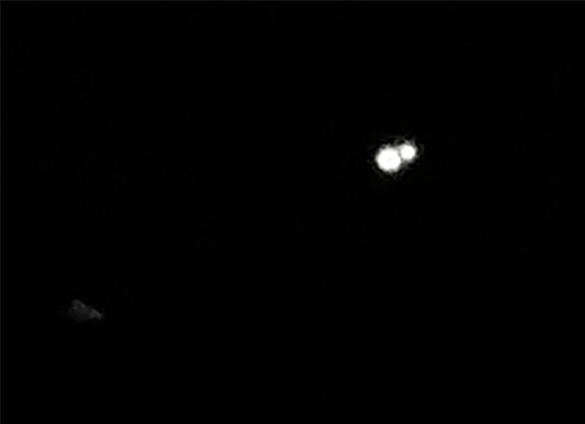 “It kind of looked like a plane with blinking lights. The other lights stayed there and then did the same thing and then a third light came on.”

“According to the witness, the objects were the size of a golf ball with the naked eye,” the report stated. “Also the objects were round and all were white in color. The distance was about 8-9 miles from the witness at 35-40 degrees at about 4,000 feet in altitude.”

The Caldwell Police Department had no calls of any unknown lights in the sky and the same with Canyon County Sheriff’s Office.

Caldwell is a city in and the county seat of Caldwell County, ID, population 46,237.