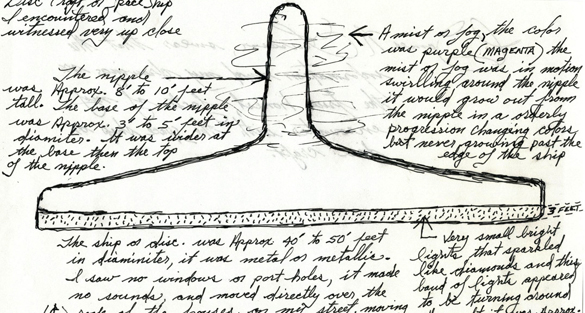 An Idaho witness at Meridian recalled a UFO event from 1977 when a disc-shaped craft hovered over a nearby home and moved towards him, according to testimony in Case 75381 from the Mutual UFO Network (MUFON) witness reporting database. 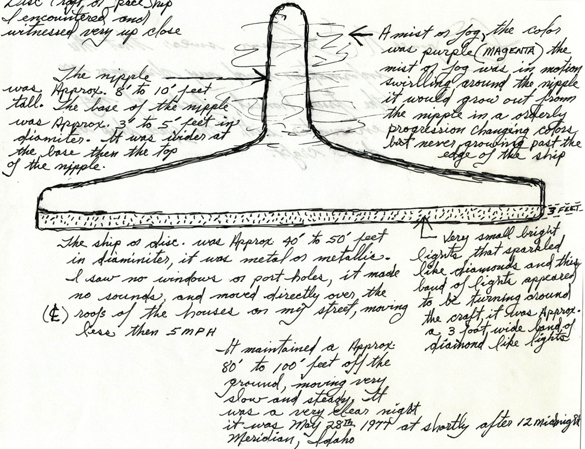 The witness was driving home in his truck late at night on May 5, 1977, and noticed the UFO hovering just above a neighbor’s roof as he pulled into his driveway. The case was reported to MUFON on March 23, 2016, and is under investigation by Idaho STAR Team Investigator Charles Stansburge who provides the account details.

“As he looked up from the road ahead to view it he seemed to ‘hear in his mind’ an authoritative male voice saying, ‘This is not of this world,’” Stansburge reported.“He stopped the truck, got out and watched for 20 to 30 minutes. His passenger did not stay outside with him. She went immediately into their home, as she was concerned for the safety of the children there.” 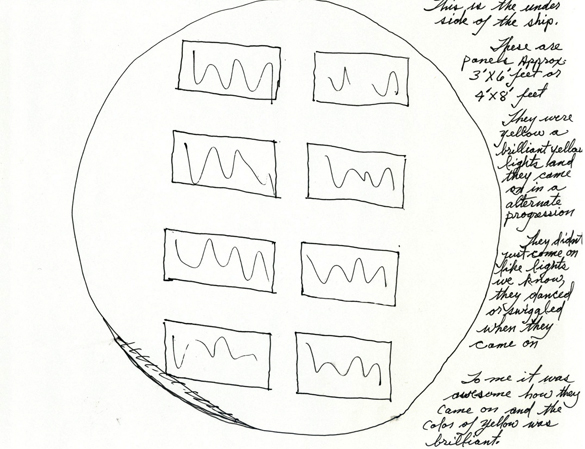 The witness continued to watch the craft as it noiselessly and slowly approached where he was standing.

“Drawings are attached showing the shape of the craft from the side. It had a ‘nipple’-shaped dome on top which was shrouded in a swirling vaporous cloud which changed colors. A sparkly zone shown ‘like diamonds’ around the perimeter of the disc.” 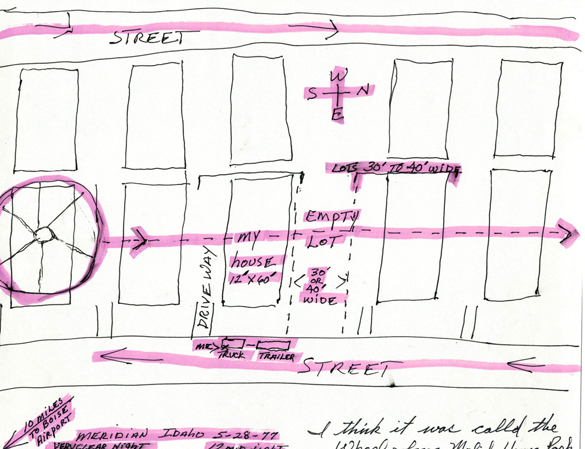 At first the witness did not see any detail under the craft, but when it passed nearer to him he saw pulsating, colored lights in rectangular panels on the underside of the craft.

“There was no noise, emission of any kind from the craft and the lights from it were very bright, but did not seem to illuminate the ground or adjacent buildings. The disc was still in the sky over the homes when the witness eventually tired and went inside.”

The witness provided three illustrations with the report. 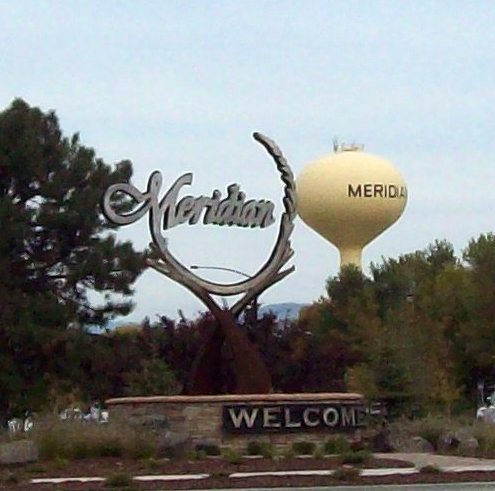 Meridian is a city located in Ada County, Idaho, population 75,092. Please remember that most UFO sightings can be explained as something natural or man-made. The above quotes were edited for clarity. Please report UFO activity to MUFON.com.