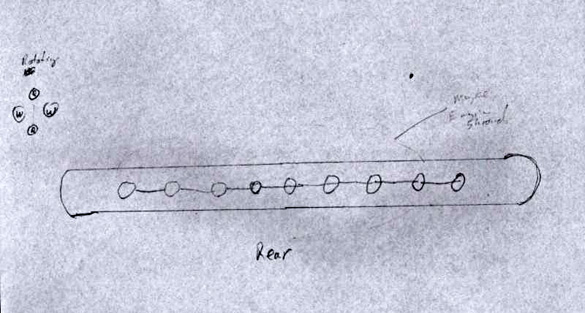 Two ex-military men who worked with aircraft reported a huge triangular object flying directly above them in Georgia.

The Mutual UFO Network (MUFON) sent out their April UFO of the month report today with a great case from Georgia. MUFON says their Sighting of the Month reports are “real cases that have been investigated and found to be unexplained.”

Here is the report…

April  Sighting of the Month

A large triangular shaped object was observed by two well qualified witnesses. One was an aircraft technician in the Army with a military intelligence background and the other was an aircraft mechanic in the Air Force. They both had 38 years experience.

On November 19th 2013 at 6:20pm they both observed a huge triangular flying object that flew about 500 ft above them moving roughly from North to South. It was past dusk and was a fairly clear night. They both said that the object had a wing span larger than a C-5A cargo plane. The object flew slowly at 10 – 15 knots (12-17 mph) and silently with no noise. The rear of the object displayed a row of white pulsing lights.  As it moved away a very small drone like object was noticed flying alongside on the left.  When the object got further out it banked to the Southeast allowing them to see clearly the triangular shape of the object. 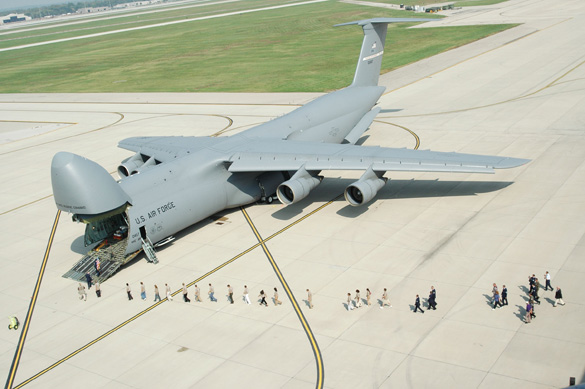 The slow speed allowed the witnesses to examine the object closely. The words of one of the witnesses best describes what they saw:

“I could almost make out what appeared to be seams in the material, but it was not shiny; more dull and like carbon fiber. The leading edge was rounded and there was no tail to say, (in today’s aircraft everything has a vertical stabilizer with a stabilizer or ailerons. Sort of like a big T. You know what I mean and the anti-collision lights go on top bottom and left and right.)”

“I walked under it trying to make out markings, but it was just blending in with the sky so good the only way to tell the outline was that it was blocking out the stars and what few clouds where there. The ends had a reddish/pink glow but not strobes or rotating beacons. I could not make out a cockpit. It turned to the south east towards Moody Air Force Base as if it was in a pattern but way too low. As it did this I could see the back of it. This is why I say it looked like a big wing. The light on the back were from left to right, and white, not strobes, but pulsing. Dave said that’s a tight formation; then as it banked he said John that’s one single object. I said yeah I know but damned if I know what.” 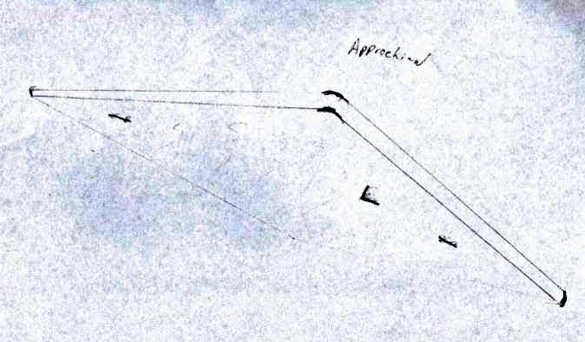