There are phone apps that will let you know when and where UFOs are reported. However, a group of UFO investigators say they have come up with an idea on how to make an app that will alert people of the presence UFOs in real-time. 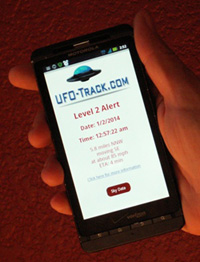 The app is called UFO-Track, and its creators are using the crowdfunding site Indiegogo to solicit funds.  On the site they explain, “We are creating a network of smart phones running a free background app that detects changes in the earth’s magnetic field in real time.”

They hope that by turning phones into makeshift magnetic field anomaly detectors all over the world, they will be able to track the movements of UFOs by detecting the magnetic disturbances they create. The team notes that there have been many UFO cases, including several of the cases investigated by the U.S. Air Force during Project Blue Book, where compasses and navigation equipment were affected.

Anybody, even those without smartphones, can also become Track Members. This allows them access to a website that will display all of the magnetic anomalies detected by the network. Members can also sign up for text alerts.

The hope is that members will be able to get notified of an anomaly and then rush to witness and photograph UFOs, providing “earth-shattering evidence of the existence of UFOs.”

As they state on their webpage, their project is unique because it offers a possible pro-active method of investigating UFOs. They admit they cannot be sure the project will be a success, but they are excited to give it shot. 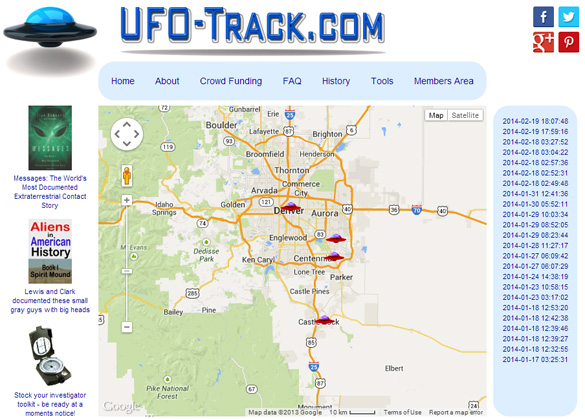 If you want to help them in their efforts, or find out more about the project, visit their Indiegogo website. Contributors have the opportunity to become lifetime members, get a T-Shirt, and other perks. Although, the biggest perk might be the moment you get an alert and rush outside to see a giant UFO hovering over your house. Just don’t forget to get a picture!