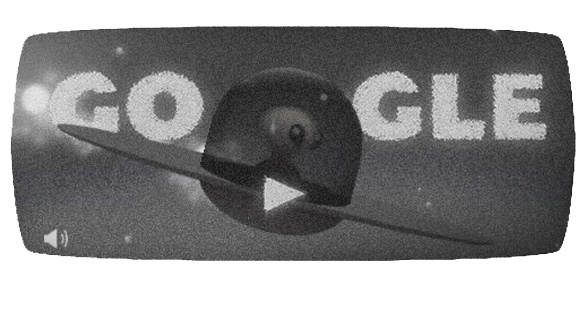 The most famous UFO incident of all time is no doubt the crash of an alleged flying saucer in the remote town of Roswell, New Mexico. In a tribute to the event, Google has posted a video game on its homepage marking the 66th anniversary of the newspaper article that announced the UFO crash in 1947. 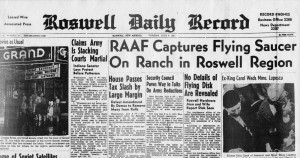 On July 8, 1947, the 509th Bombardment Group at the Roswell Army Air Field announced that they had recovered a flying saucer. The next day they rescinded their claim, saying that they had mistakenly thought weather balloon debris was something much more mysterious. The event was then paid little to no attention until the late 1970s when the intelligence officer who first inspected the debris told UFO investigators that what he found was not a weather balloon, and that the second story was a cover-up for what was really discovered. 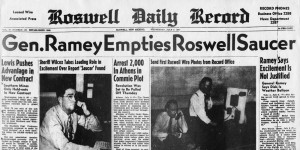 UFO researchers Stanton Friedman and William Moore found dozens of other witnesses culminating in the first book on the topic, The Roswell Incident, published in 1980. This is when Roswell began its upward climb into the upper echelons of the annals of American mythos.

Since then dozens more witnesses have come forward, some claiming to have seen alien bodies recovered at the crash, and others claiming one of these aliens survived. There have been books, movies, video games, TV shows, and many other media products centered on the event.

The Air Force has released two reports on the matter claiming that what had crashed was a top secret balloon and that the bodies were crash test dummies that were part of a secret project in the 50s. Many UFO researchers say the facts don’t fit and disregard their conclusions. 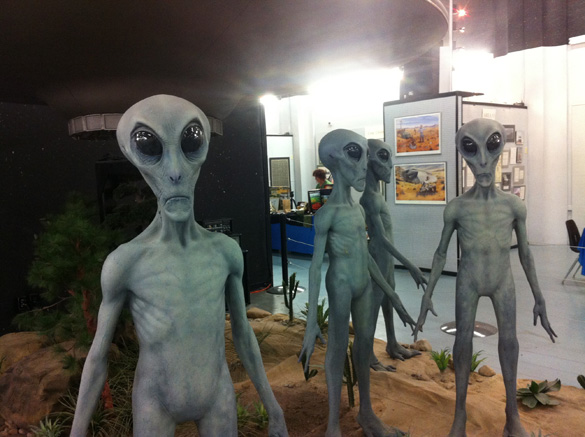 The town of Roswell itself has become a vacation destination, especially during the July 4th weekend when a UFO and alien themed parade and festival are held. During the festival, visitors can also attend UFO lectures and find out more about the event at the Roswell UFO Museum and Research Center.

It just so happens that this author and other Open Minds personnel attended the recent gathering in Roswell this weekend. Along with thousands of other UFO enthusiasts from all around the world, we were able to explore and celebrate this seminal American event while celebrating the birth of our nation at the same time. 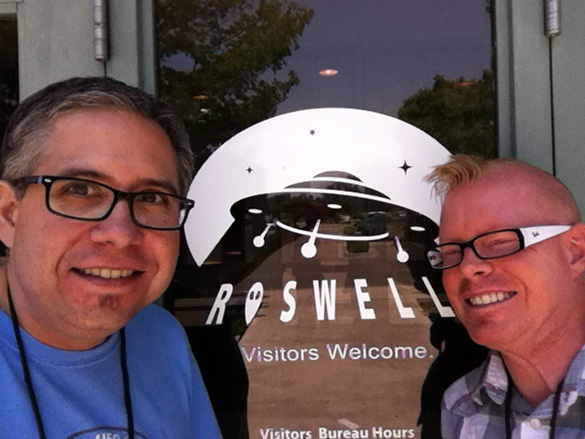 For an overview of the Roswell case, check out the July 2011 issue of Open Minds Magazine. It includes articles from the primary Roswell researchers and their best evidence that there is much more to the Roswell case than balloons and crash test dummies.

Use your green thumb.