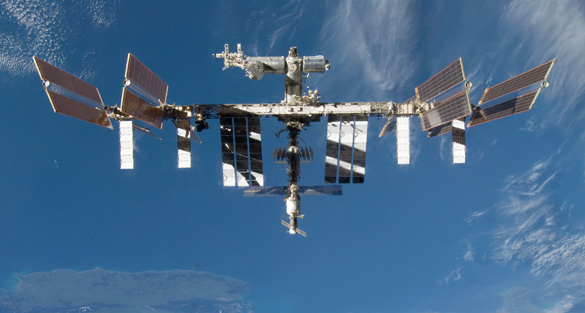 Last month, Russian scientists said they discovered sea plankton on the International Space Station (ISS) that might be alive and thriving. NASA shed doubt on the discovery and little has been said since. However, the German Aerospace Center (DLR) recently responded to questions on the issue confirming the discovery of “bacterial DNA,” but casting doubt on other aspects of the Russian report.

Russian ISS orbital mission chief Vladimir Solovyev made worldwide headlines with his news that Russian scientists had discovered traces of sea plankton on the surface of the ISS. ITAR-TASS News Agency, who broke the news, said the discovery confirms “some organisms can live on the surface of the International Space Station (ISS) for years amid factors of a space flight, such as zero gravity, temperature conditions and hard cosmic radiation.” 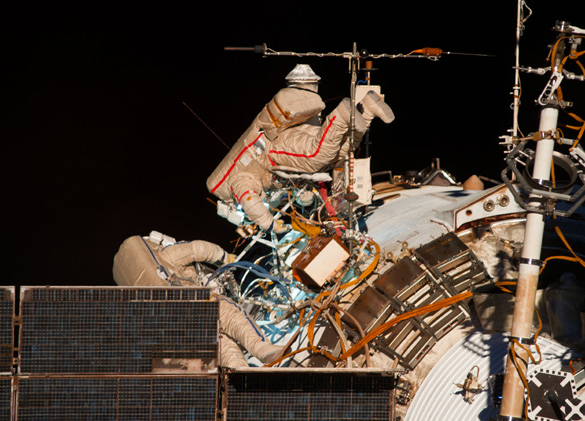 However, amid all of the excitement, NASA put the brakes on the celebration by stating they could not confirm the claims. NASA spokesman Dan Huot told Space.com, “As far as we’re concerned, we haven’t heard any official reports from our Roscosmos colleagues that they’ve found sea plankton.” Roscosmos is Russia’s Federal Space Agency.

Little officially has been heard since. As Forbes puts it, “To be clear, the actual astronauts aboard the space station haven’t chimed in on the space plankton controversy. Rather, it’s being fought out in the media via brief quotes from space agency representatives here on Earth.”

Now, another one of those space agencies, the German Aerospace Center (DLR), which serves as the German space agency and is a prominent member of the European Space Agency (ESA), has chimed in via social media. GreWi.de, who describe themselves as a German frontier-science news magazine, has reported that although their requests to the ESA for a response went unanswered, one of their readers, Tanja Wulff, did receive a response from the DLR via Facebook.

At an extravehicular activity Russian cosmonauts took samples from the outside of the Russian module. Those samples were then analyzed in a laboratory on Earth. Within this sample bacterial DNA was discovered.

However, the method by which the samples were analyzed in this case is disputed, as it cannot detect all kinds of bacteria and it also can not test whether the discovered bacteria are living and thriving or not.

Also the biomass that can be extracted from such samples is strongly limited so that at the moment no further tests could have been conducted on it. To do this, more samples would be needed. 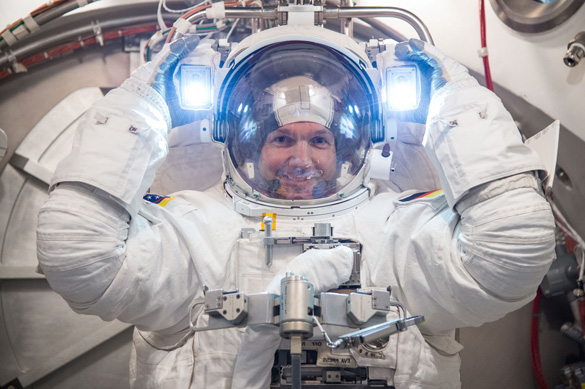 German ESA astronaut Alexander Gerst, who is currently aboard the ISS. (Credit: NASA)

Wilken’s response seems to more clearly define what the Russians may have found, and confirms the discovery of bacterial DNA. However, it seems that the Germans are not confident whether the microorganisms were alive, let alone thriving, and are also unsure of the type of bacteria that may have been collected.

These points are important. Solovyev says that their discovery, among other things, “means that there are some uplifting air currents which reach the station and settle on its surface.” Which is interesting, and I am sure useful to science, but the excitement was built up around the possibility of living microorganisms in that air settling on the ISS and surviving in space. Sea plankton that found its way into space and died is not quite as exciting.

If the Russians have other reasons to believe the bacteria they collected was sea plankton that was alive and possibly even thriving, it appears the U.S. and Germans have not yet been made aware.