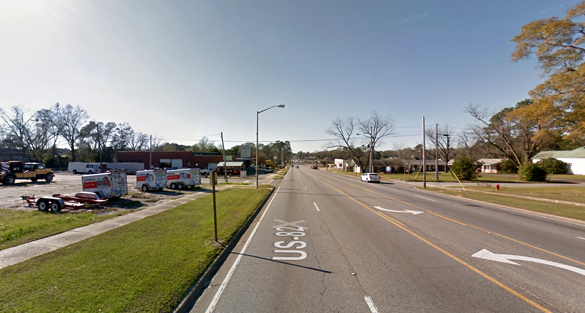 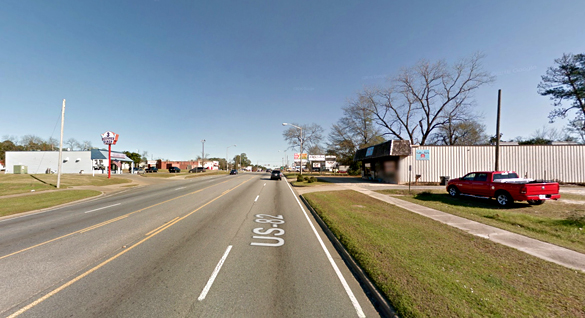 The witness was outside sitting in a truck in his backyard about 10 p.m. on January 7, 2016, on his 100-acre land parcel smoking a cigar.

“What seemed to be a dull light in front of me slowly increasing in intensity, I thought was someone in the woods with a flashlight,” the witness stated.“But it increased in brightness to a brilliant white light.”

The witness continued to watch the light as it was very close.

“As I sat there I saw it slowly rise to around 10, maybe 20 feet high. I’m not sure. It sat there for a moment and then started to move left of me. Through a path through the trees in my woods I could see it flashing through the woods between the trees. It came out the other end near my pond. It rose up and disappeared. I was amazed at what happened. 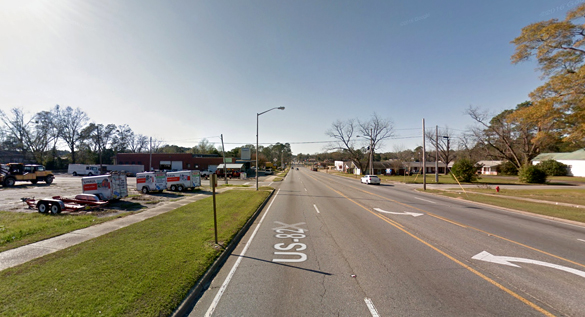 The object was moving under 20 feet off of the ground and was sphere-shaped. Pictured: Sylvester, GA. (Credit: Google)

The witness looked for evidence the following day.

“The next morning I went out into my backyard where I saw it appear and I noticed about aneight-foot, dark greenish, brown circle in the ground. I looked at it for a while. I started to go back to my house and I noticed another one, 800 feet away approximately, so I walked to it and it was identical. Then I noticed another one towards my house. And it was almost in a perfect triangle. One hundred foot apart It stayed there for several weeks. Even after repeated mowing it stayed there and did not disappear until after the first winter frost. I have never seen anything like this before. It was amazing.” 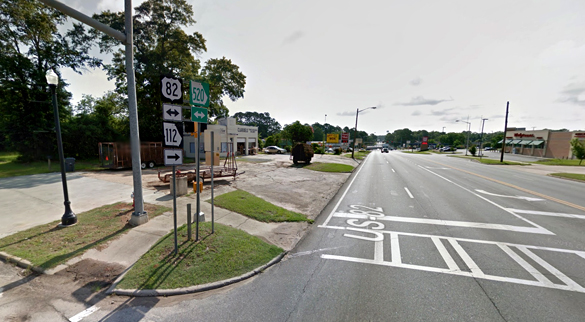 The witness looked at the area in the woods the following morning and discovered brown circles on the ground. Pictured: Sylvester, GA. (Credit: Google)

Georgia State Director Ralph Howard is investigating. Sylvester is the county seat of Worth County, Georgia, population 5,990. The case was reported to MUFON on March 26, 2016. No photos or videos were included with the report. Please remember that most UFO sightings can be explained as something natural or man-made. The above quotes were edited for clarity. Please report UFO activity to MUFON.com.