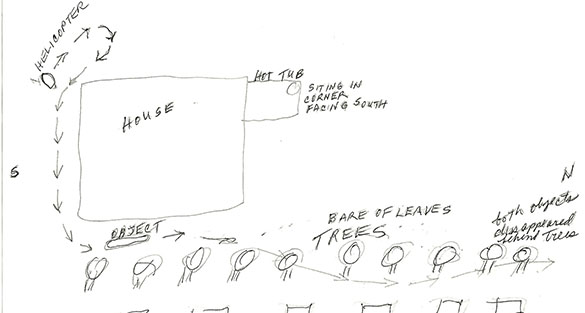 “I was facing south towards the back of my house,” the witness stated.“I heard the faint chop, chop, chop of a helicopter and just a few seconds after I heard the first ‘chop’ I saw a red light (I assume it was a running light from the helicopter) in the sky emerge heading southwest.” 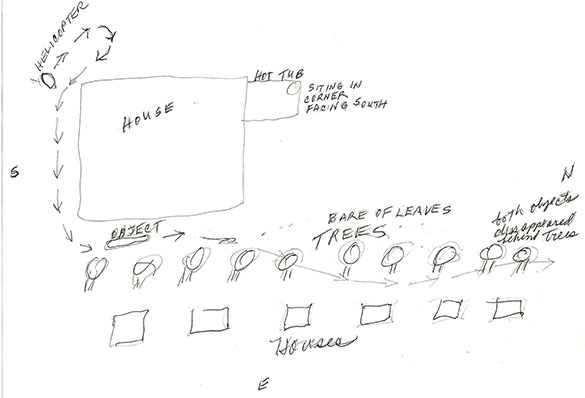 The witness stated that this is a fairly common occurrence as news and traffic choppers are common in this area.

“The chopper proceeded south for approximately 30 seconds. I didn’t give it another thought and went back to enjoying the tub. Within another 30 seconds, I started hearing the chopper again, but this time (even over the noise of the 6 HP tub jets) it was getting considerably louder. I leaned up and looked towards the sound and the red light was coming back towards my way on a north-northeast heading and moving fast, very fast.”

The sound reached levels that the witness had never heard before.

“At this point the rotor chop was getting so incredibly loud, I reached over and turned the tub jets off because I couldn’t believe what I was hearing and now feeling in my chest. The chop was so powerful that I then realized this has to be a military chopper. I couldn’t see the chopper itself yet, but I could see its red running light (the only light visible) as it approached.” 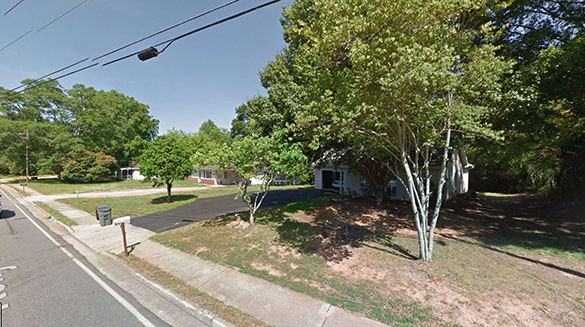 A few seconds later, the chopper passed right in front of the witness just above treetop height.

“When it passed by, the chopper was completely black as in there were no lights emanating from the cabin, just the red running light. This is where it gets interesting. Just in front of the chopper, about 50 to 70 feet, was a tubular-shaped, glowing white object silently screaming by. I know it made no discernible noise simply because the chopper thump, thump, thump is intermittent. If this was a jet or a missile going that fast, I feel very confident it would have made a loud jet engine or rocket sound. It was silent.”

The witness felt compelled to report the sighting to MUFON.

“1. It was an extremely fast and powerful military-style chopper. 2. It was flying way below legal altitude (just above treetops). 3. It was obvious to me that the chopper was chasing something due to its very fast and erratic flight path. 4. Right as it passed in front of my line of sight, I saw what it was chasing as described above. 5. When the chopper abruptly changed course, it was now coming towards me and did not have a white light coming out of the front of it. 6. And finally, because this all happened over a residential area. 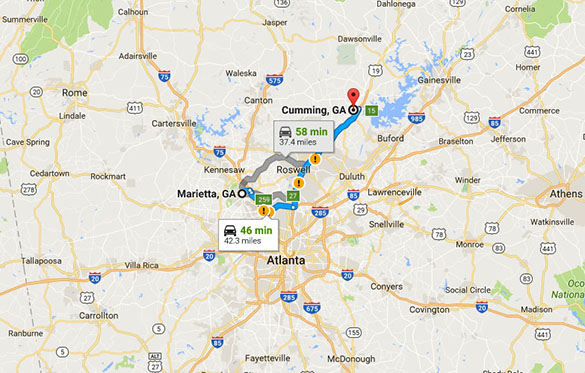 “After discussing different possibilities with the witness, it seems unlikely the lights seen on December 2 could have been aircraft, a satellite, a balloon, meteorites or any other natural known phenomenon,” Johnston and Howard stated in their report.“We also discussed drones, but concluded the object was moving too fast and the shape was not drone-like in appearance.”