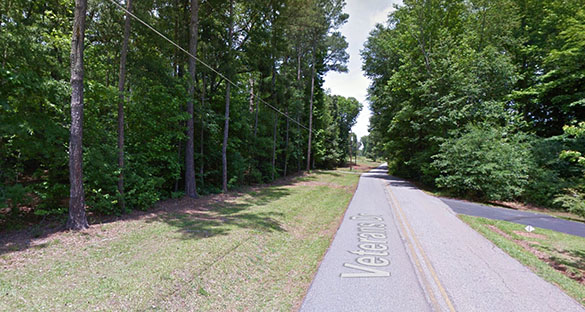 A Georgia witness at Danielsville recalled an incident from 1973 where the events may have been a UFO landing site, according to testimony in Case 81562 from the Mutual UFO Network (MUFON) witness reporting database. 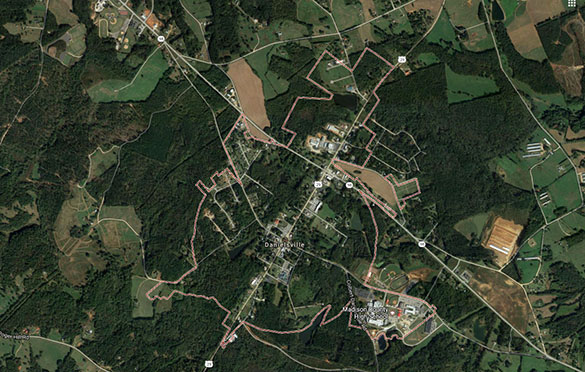 Sometime in the early 1970s, the witness came upon an unusual scene along a dirt road. Pictured: Danielsville, GA. (Credit: Google)

The witness is right up front reporting that they have never seen a UFO, but wishes to recount an incident that occurred on June 1, about 1973.

“I suppose you would call it a ULA – an Unidentified Landing Area,” the witness stated. “Guessing early to mid-70s which is my age early teens. I was on the dirt road below my house. I would ride my motorcycle or horse almost daily. No houses on the dirt road and rarely traveled. Heavily wooded on both sides with no clearings.”

But one day as the witness rounded a corner, a bright white area was glowing off of the road about 20-30 feet.

The witness found all of the trees removed and white sand in its place. Pictured: Danielsville, GA. (Credit: Google)

“I walked up a bank through the trees and saw something I had never seen before. A huge circle maybe 100 feet or more completely flat and covered in pure white sand. I had never seen white sand before. I remember it was so bright it hurt my eyes. There was no vegetation, no red clay, no sticks, no rocks – no anything. There was no road and no trail going to or from it.”

The witness first just wondered what the site was.

“How did they do it? Where did all the trees go? How did they make the sand so white? I remember the more I thought about it the creepier it felt. I would ride by almost daily for the next few years and red mud was gradually taking back over the white sand. However, I do remember that nothing grew there for as long as I lived there which was probably another 10 years.” 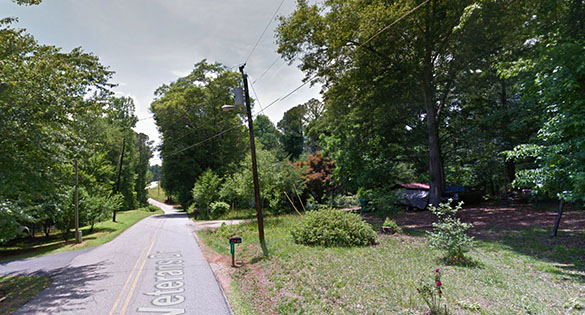 The witness recently returned to the spot and is still able to see the circle area originally created more than 40 years ago. Pictured: Danielsville, GA. (Credit: Google)

But the witness recently thought of the site again and went back to check on it.

“It now has vegetation and the circular outline is harder to distinguish, but you can still see it. One other thing that may or may not be related – I have no memory of my younger years. Doctors have told me it was probably due to the trauma of losing a sibling and may be. Probably a coincidence.”

Danielsville is a city in Madison County, Georgia, population 457. MUFON Georgia is investigating. Please remember that most UFO sightings can be explained as something natural or man-made. The above quotes were edited for clarity. Please report UFO activity to MUFON.com.