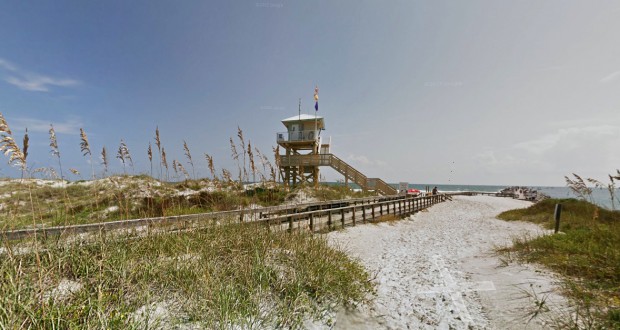 Several Florida witnesses at Ponce Inlet who were drawn into the street after hearing a loud humming sound about 10:15 p.m. on September 15, 2014, reported watching a low flying object with lights that hovered nearby, according to testimony in Case 59867 from the Mutual UFO Network (MUFON) witness reporting database.

The reporting witness heard the humming sound for five to eight seconds and first thought it might be someone’s garage door opening.

“But it was unusual, unlike anything we ever heard before,” the witness stated. “It was so loud it caused alarm. So we immediately went outside. Several neighbors went outside to express concern and alarm. The dogs in the neighborhood were barking and then they got very quiet.” 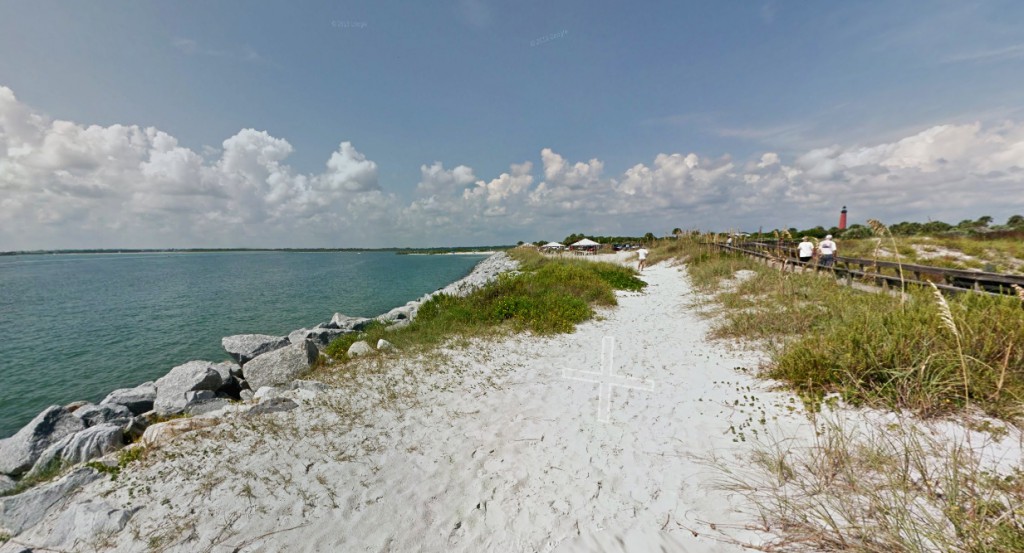 Then the witness looked directly north of their home.

“I saw in the direct path of my home and my neighbor’s home some very low lights in the sky, amber in color, and changing color with some reds. We watched it for about one minute. It was stationary at this time, and then it started to move to the west very slowly without sound. It was about one-half mile away at this time.”

The witness then drove to a 7-11 convenience store about a half-mile away.

“I asked the attendant – did he hear any strange noise? He said, yes, and all the power went out just in the 7-11. This would put the object’s path directly over the 7-11 at the time of seeing the lights. The attendant said the computers all failed and nothing was working. After the lights dimmed the object could not be seen any longer.” 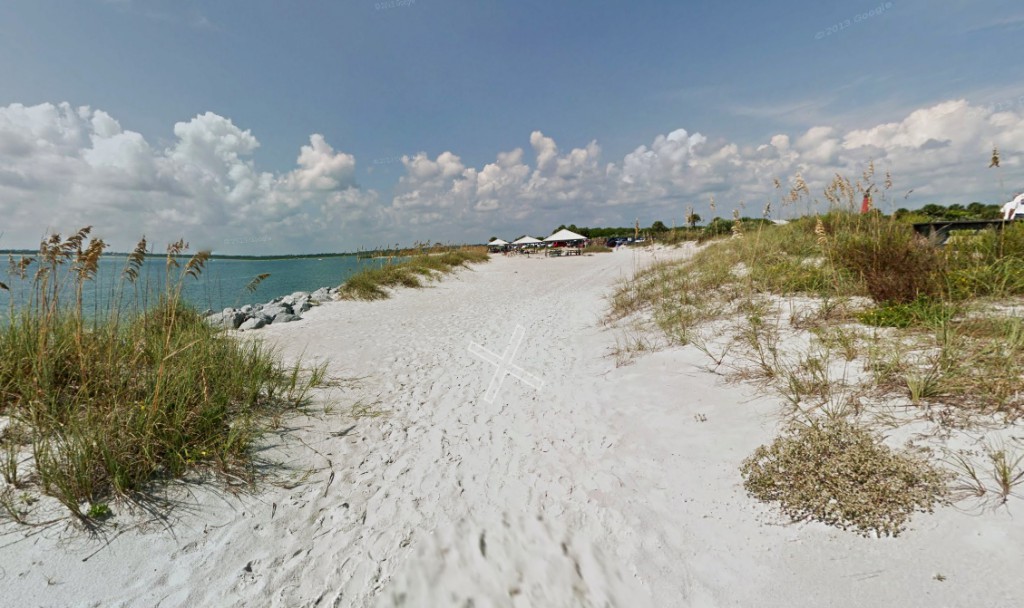 The witness later interviewed a clerk at a nearby 7-11 convenient store who said his store lost power as the object moved overhead. Pictured: Ponce Inlet, Florida. (Credit: Google)

The witness then heard a helicopter which seemed to be strange for the hour.

“I heard a helicopter about 15 minutes after the object was seen. I did not see the helicopter. I found this strange because in the beach community it is extremely quiet and we do not get air traffic so late.”

Ponce Inlet is a town in Volusia County, Florida, population 3,032. Florida MUFON is investigating. Florida has a current UFO Alert Rating of 3 with a high number of recent reports nationally. Florida had 26 UFO reports in August 2014 – the 5th highest reporting state – while California had 99 reports as the highest reporting state. The above quotes were edited for clarity. Please report UFO activity to MUFON.com.