A Florida witness at Jacksonville reported watching and videotaping multiple spheres that appeared to be under intelligent control, according to testimony in Case 77814 from the Mutual UFO Network (MUFON) witness reporting database. 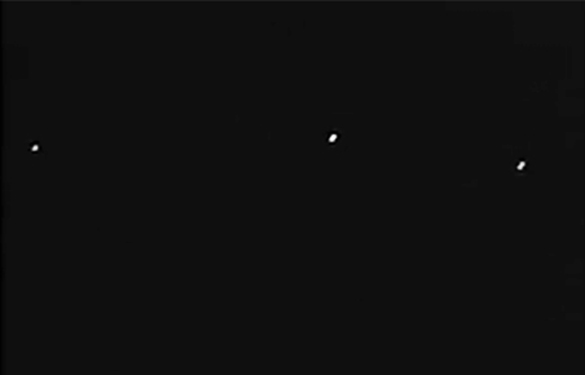 The witness watched five sphere-shaped objects that made no noise. Pictured: Cropped and enlarged still frame from the witness video. (Credit: MUFON)

The witness was returning home from work at 10:30 p.m. on April 23, 2016, northbound along Monument Boulevard when the incident occurred.

“I saw a perfect bow-like formation concave from my point of view of five-plus objects,” the witness stated. “At first I thought they were helicopters, but there were no blinking red and white lights, and no sound at all considering that they were flying lower than a helicopter.” 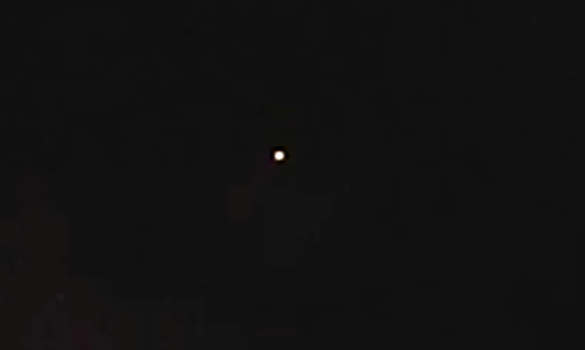 The witness tracked the speed of the objects.

“The orbs were flying below the speed of 50 mph because I passed them shortly after, took a right and left at the T intersection and left to see them better. But only two remained stationary. After being unable to record them, I traveled south noticing two more orbs and then after those disappeared flying ever slowly northwest, two more showed up, but this time they seemed to vanish in front of me at approximately a mile away.”

The witness was very aware of sound in the area and the fact that the objects produced no sound.

“I heard three distinctive voices across from neighbors – a woman was one of them. The night was quiet and 80 percent clear – just a couple of clouds. After, I recorded video, same night of an open area from a park nearby as a comparison. Also recorded trajectory during the day, and several airplanes and helicopters, and no matter how far, the sound was audible.” 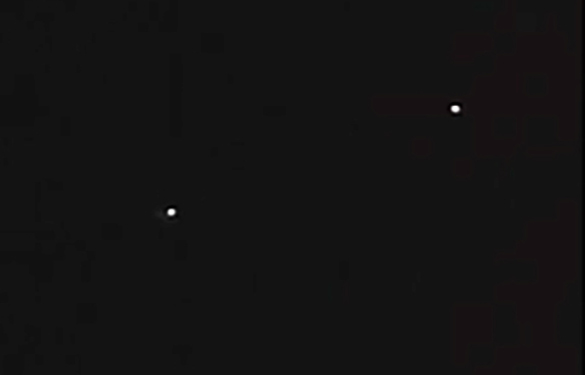 Florida MUFON State Section Director Thomas Branham completed this case and closed it as an Unknown.

On helicopters, Branham stated, “No sound or blinking lights.”