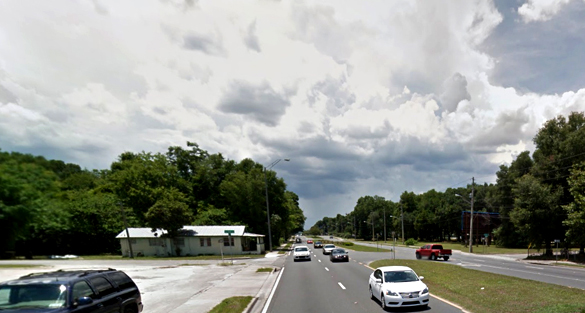 A Florida witness at Ocala reported watching a large light in the sky that hovered and moved over a 40-minute period with similar sightings over an additional four-day period, according to testimony in Case 78614 from the Mutual UFO Network (MUFON) witness reporting database. 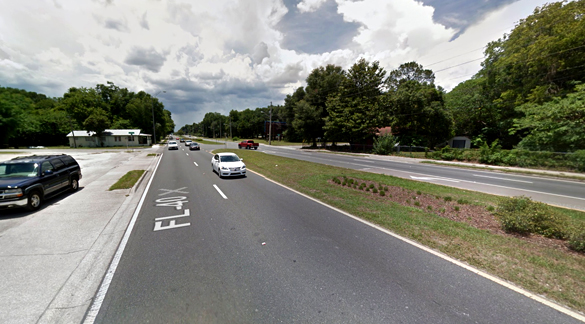 The witness stepped outside and noticed a bright white light above the tree line at 11 p.m. on August 17, 2016.

“As I frequently watch the stars, I knew it wasn’t supposed to be there, and I got very excited,” the witness stated. “This thing was big, about 4mm tall, and trapezoidal with the top about 2mm and the bottom about 3 mm.”

The witness watched the object for about 15 seconds as red, green and blue lights blinked randomly.

“I went inside and got my wife and 20-year-old son. As the three of us observed the object, it started to dart left and back to the right about half a dozen times. After hovering motionless for a couple minutes, it shot down and back up again three times. It then started to move in fast, tight circles for about five seconds before returning to its original position. Or at least as near as I could tell.” 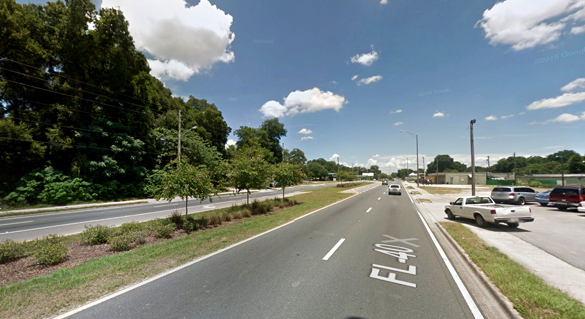 After several minutes of inactivity, the witnesses’ wife turned to her computer for help while he and his son continued to watch.

“Over the next half-hour, my son and I watched it through binoculars and tried to get it on film, but our cameras were inadequate for the low light levels. Also over that same time span, it slowly drifted to the north and farther away. This I discern from its shrinking size. About 40 minutes after first observing it, it grew too small to see.”

“Over the next four nights, the 18th through the 21st, we have observed as many as nine of these lighted, blinking objects. On the 19th we had an additional observer, a friend from town. Based on this, I have every reason to believe they will be back tonight. Additional report(s), to follow. Hopefully we’ll get some pictures/video.” 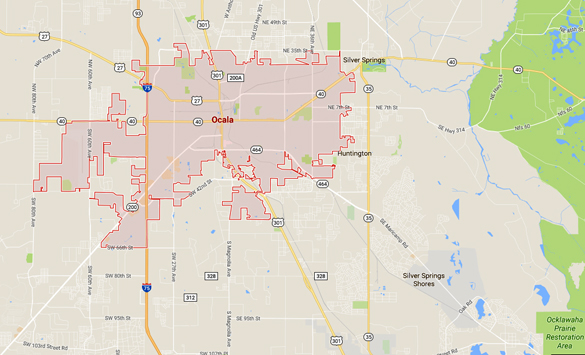 Ocala is about 80 miles northwest of Orlando. (Credit: Google)

Ocala is a city in northern Florida, population 57,486. No photos or videos were included with the report, which was filed on August 22, 2016.

Florida Field Investigators Gary Paulis and Carol Paulis are investigating. Please remember that most UFO sightings can be explained as something natural or man-made. The above quotes were edited for clarity. Please report UFO activity to MUFON.com.