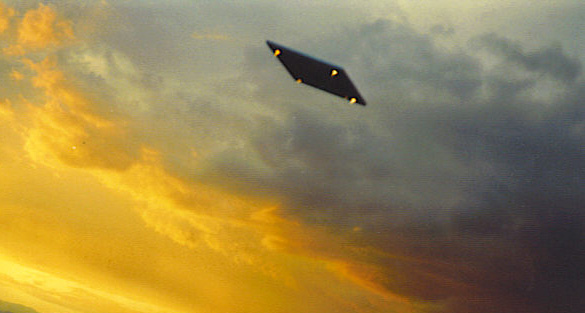 A witness in Tarpon Springs, Florida, observed a rectangular UFO during the day, according to a report submitted to the Mutual UFO Network (MUFON) earlier today. 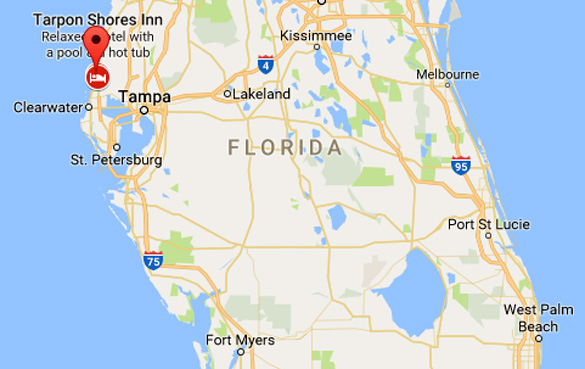 According to the witness, he had gone outside to smoke a cigarette when he noticed a flat rectangular object under the clouds. He says the area has a lot of air traffic, and at first he thought it might be a helicopter, but soon realized it was not. After a few seconds of watching it, the object zipped off.

The witness estimated the object to be about 100 miles away, over the Gulf of Mexico. He said it was headed south, towards the coast of Tampa. The witness drew a map (seen below) showing the path of the object. 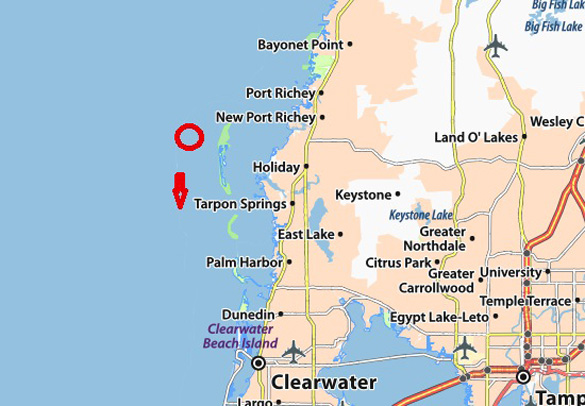 Another strange aspect to his sighting, is that the witness claims he saw spots when he closed his eyes. Apparently like those when you look at a bright object, like the sun. However, the witness says he was not looking in the sun direction.

Came outside for a smoke facing west on a clear sunny day with a few clouds at 11:27 am on 10/16/17. We have a lot of air traffic in the Tampa bay area. I noticed a dark rectangular object at 33 degrees to the NW over a mile away. I thought it was a bird gliding at first. Dark with no reflection from sun. Sun was still in the east and object was west so it should have been bright if it were a plane. We are subject to military aircraft such as black hawk helo’s. Object appeared a thin rectangular object and moved south in front of clouds for several seconds. In less than a mile and aprox. 100 mph it just vanished. No cloud cover when this happened. I tracked it’s known path for a while to see if it would reemerge. It did not. Then I noticed my eyes were full of spots every time I blinked. Similar to a photo flash but in a 20 X 20 grid of dots. This is not unusual looking up in the sky in Florida but not when looking away from the sun and not in a grid pattern. Not sure what I saw due to it’s distance. I know I was fully awake and conscious and saw this event clearly. The object would have been over the Gulf of Mexico at least a mile out. 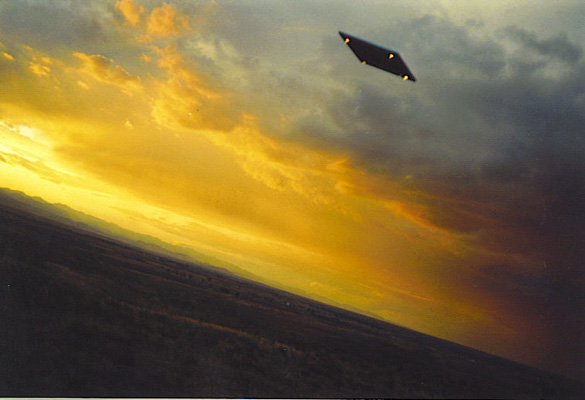 Alleged rectangular UFO photo taken in Federal Heights, Colorado. Photo info: “On an unrecorded day in August, 1987, Joe Clower was out driving with his camera in his car when he spotted a most unusual flying object in the twilight sky. It was a dark flying rectangle having lights in all four corners. It flew over silently as he prepared his camera and got this one picture of it above. When that film was finally developed and he saw the image, he could no longer accurately remember the date. A friend was with him during this photographic event.” (Credit: OpenMinds.tv Photo Archives)