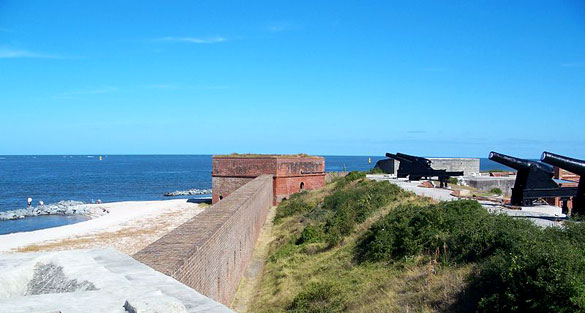 A Florida witness at Fernandina Beach recalled a 2006 encounter with an “intelligent creature” in the dark at his home, according to testimony in Case 79026 from the Mutual UFO Network (MUFON) witness reporting database. 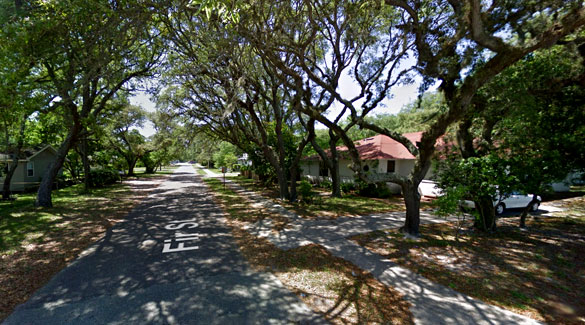 When the witness stepped out of his car, he noticed a ‘cloaked creature’ walking around the corner of the house from the backyard. Pictured: Fernandina Beach, FL. (Credit: Google)

The witness had just pulled into his driveway about 9 p.m. during September 2006 when the incident began.

“I encountered an unknown, intelligent creature,” the witness stated.“It was very dark out with no cars or street lights nearby.”

The witness stopped his car and turned it off, then opened his door and stood up to exit the vehicle.

“As I stood up, I saw something that is difficult to describe. With the car door still open, I saw what looked like some kind of cloaked creature walking around the corner of the house from the backyard. It was hard to see. It looked like the shadow of a human-sized creature. It was totally black and moved like a person walking upright.”

There was a distortion associated with the creature.

“It blocked out what was behind it and I could really only see the distortion it caused. The distortion had wavy edges as if it was surrounded by energy. I could make out its head and shoulders, but only in vague form.” 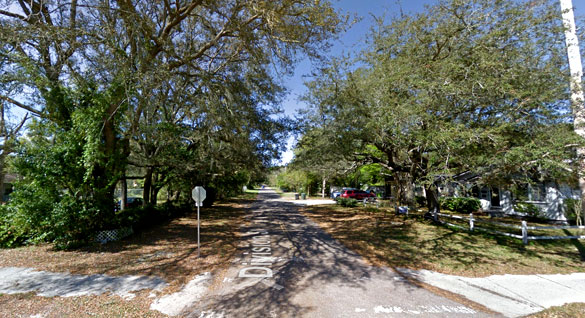 The witness saw the creature move.

“The creature took several steps and at the instant that I thought to myself, ‘What is that?’ – it stopped dead in its tracks and appeared to look right at me. At this time, I was scared to death that this creature had noticed me and was looking right at me. After a few seconds of looking at each other, the creature turned and walked back around behind the house and I never saw it again. The entire encounter lasted about 20 seconds.”

The witness recalled stories that a family member told.

“When I saw this I thought for many years it was a ghost or demon as my grandmother often told stories of seeing ghosts. Only recently have I begun to think it was an intelligent creature with a technology that was inexplicable.”

The witness was unable to go inside his home alone that evening.

“After the encounter I got back into my car and drove to my roommate’s work and waited for him to get off work and come home with me. This was the most terrifying experience I’ve ever had. This is the second unknown encounter I’ve had. I reported to MUFON a UFO sighting I had around 1996. For years I believed that encounters like these were just crazy people. I have been forced over the years to believe that we are clearly not alone and not the smartest or most technologically advance creatures on this planet and beyond.” 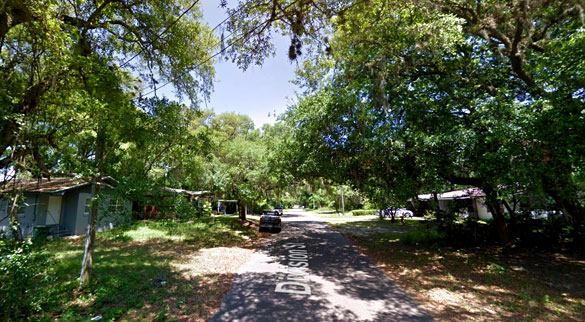 The creature then backtracked, and went back the same it had come. Pictured: Fernandina Beach, FL. (Credit: Google)