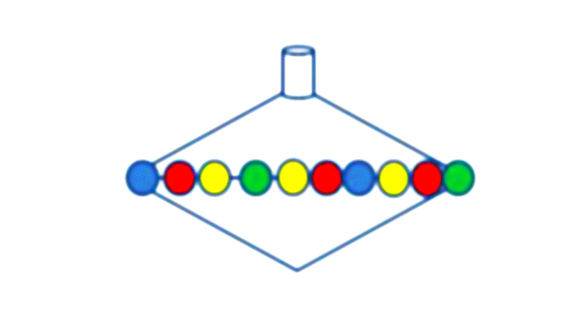 A Florida witness at St. Augustine reported watching a disc-shaped UFO hovering in the night sky before moving out over the ocean, according to testimony in Case 79397 from the Mutual UFO Network (MUFON) witness reporting database.

The witness is a MUFON Field Investigator who was taking out the trash at 9:39 p.m. on September 25, 2016, when the incident began.

“As I watched my garage door go up, immediately in front of me was a UFO hovering in alignment over the house across the street, but farther behind it,” the witness stated. “See house photo which shows my neighbor’s house, but in daylight.” 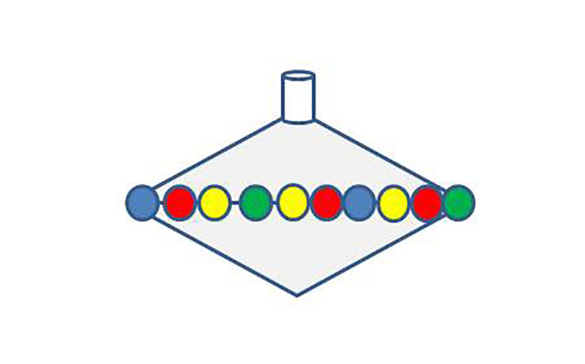 The witness immediately recognized the object as something unusual.

“My first thought was ‘OMG a UFO!’ It was way too big for a plane. A second later as the lights strobed and reflected off the body I realized the lights were a wrong color(too much blue) for a plane, and it was far too big and too slow to be a plane, slower than even a slow helicopter. My vision is about 20/35 without my glasses, so I ran inside to get my glasses. It was hovering at about 30 degrees in elevation and 10 degrees north.The sky was mostly clear with only a few clouds (cloud base 3,100-6,500 feet according to the weather report), wind northeast at 8 mph, temperature was 78 degrees and humidity was 78 percent.”

“It was disc-shaped, but had sharp points on the top and bottom. There was a larger oval, very bright, white light on the top point that blinked, not strobed. That light was so bright it hurt my eyes. Surrounding the object along its side were strobing multi-colored lights that strobed from white/blue/green/red/ yellow very quickly. They reflected off the body that seemed to be dull gray, but sometimes looked dull amber depending on the color of the lights strobing at the moment. Its speed was quite slow, slower than a slow helicopter.” 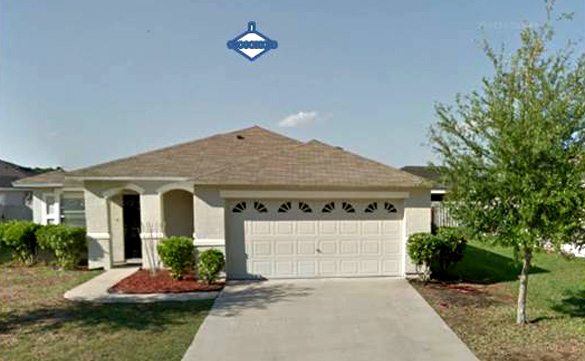 The neighbor’s house is used as a reference shot with illustration of UFO above it. (Credit: MUFON)

The object also turned off its lights.

“Twice, all of its lights went out at once for about two seconds and then the lights came back on as it hovered in the same place. Initially it hovered for about two minutes over the house, (I counted 110 seconds after I retrieved my glasses) and then it headed east for about 10 seconds, stopped for 2-3 seconds, headed back west for about 10 seconds, stopped for 2-3 seconds, and then headed southeast.It had significant sideways movement as described, but its altitude did not change much other than slight wobbling.”

The object also moved into a cloud at one point.

“Once it went inside a cloud, the cloud lit up with the multi-colored lights and then it came out of the cloud, so its elevation was at least 3,100 feet, meaning it had to be pretty big to appear penny-size at arm’s length and 3,100 feet up.”

“It moved slowly southeast of me and I lost sight of it when it was behind some woods. From its height and distance, it should have been over the Atlantic Ocean at that point. From the direction it moved, it may have been over downtown St. Augustine and/or St. Augustine Beach at some point, so I wonder if MUFON will get more reports. I watched it for a total of approximately six minutes. There were no animal or psychological effects and no missing time.”

View of St. Augustine, FL, from the top of a lighthouse on Anastasia Island. (Credit: Wikimedia Commons)

St. Augustine is a city in northeastern Florida, the county seat of St. Johns County, population 13,679. MUFON Florida State Section Director Thomas Branham and Field Investigator Julie Taylor are investigating. Please remember that most UFO sightings can be explained as something natural or man-made. The above quotes were edited for clarity. Please report UFO activity to MUFON.com.