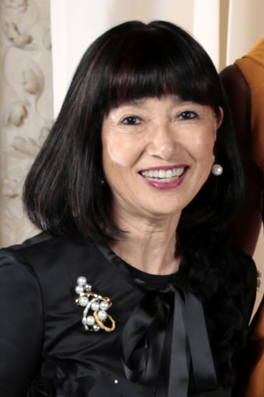 The recent election of Prime Minister Yukio Hatoyama of the Democratic Party of Japan was a political earthquake since the outgoing Liberal Democratic Party (LDP) has ruled the country for half a century. Although the main issue was the economy, the LDP was also run by uncharismatic and dull party leaders.

It now seems that Japan’s new first couple won’t be dull. The new first lady, 66-year old Miyuki Hatoyama, is a former actress, dancer and singer in the Takarazuka Revue all-female theater group, which has some rather eclectic New Age ideas and lifestyles. Japanese and international media went abuzz with Miyuki Hatoyama’s comments about her astral trip to Venus inside a UFO 20 years ago.

“While my body was sleeping, I think my spirit flew on a triangular-shaped UFO to Venus,” she wrote in the book Most Bizarre Things I’ve Encountered, adding that “it was an extremely beautiful place and was very green.”

The first lady also astonished the Japanese media with other unconventional statements like “eating” the energy of the Sun and having met actor Tom Cruise when “he was Japanese in a previous life.” Oddly, her husband was nicknamed long ago “The Alien” because of his prominent eyes. He praised his wife in a 2002 photo book: “I feel relieved when I get home. She is like an energy-refueling base.”

When Miyuki Hatoyama made her comments, it was not the first time aliens  intruded in Japanese politics. Back in 2007, Chief Cabinet Secretary Nobutaka Machimura was quoted as saying, “Personally, I believe that (UFOs) definitely exist.”   Machimura’s comment was in response to a question by Ryuji Yamane, a member of Parliament with the then-opposition Democratic Party. “I believe that it is an urgent task to collect information and confirm (the existence of UFOs) from the viewpoint of our nation’s security and the public’s interest and anxiety amid endless eyewitness reports,” wrote Yamane.

In late December, 2007, Japan’s Defense Minister, Shigeru Ishiba, joined the fray stating, “There are no grounds for us to deny there are unidentified flying objects and some life-form that control them. Few discussions have been held on what the legal grounds are” for a military response.

Even the Prime Minister, Yasuo Fukuda, had to address the issue when asked by reporters about UFOs. “I haven’t seen one myself,” he said.

Back in 1990, then-LDP Prime Minister Toshiki Kaifu was more outspoken about UFOs. In a June 24, 1990 letter addressed to the Space & UFO Symposium in Hakui City, Kaifu wrote, “I believe it is a reasonable time to take the UFO problem seriously as a reality… From the point of view of ‘people’ in outer space, all human beings on Earth are the same people, regardless of whether they are American, Russian, Japanese, or whoever.”