The video (seen above) shows five – sometimes six – white, round lights floating in the night sky that could be attached to the same object or could be floating independently. 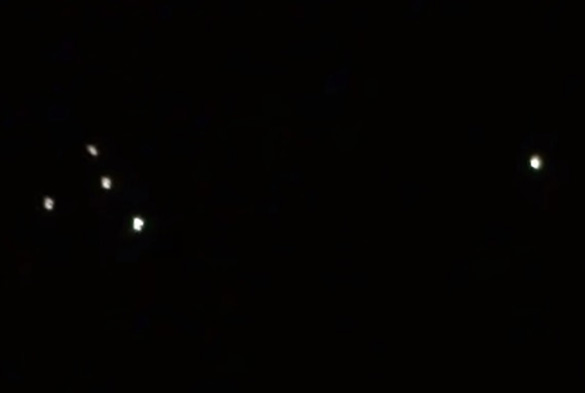 Image of the UFOs in a still from the video. (Credit: Edison Avila La Madrid/YouTube)

The 15-minute, 38-second video is in Spanish, but the website, Inquisitr, stated that the video was shot by a Peruvian resident and his son after they spotted the lights floating over their home.

According to Inquisitr, “First one appears, then it disappears,” says the son. “Are they five? Or is it just a big one?” he wonders. “I am scared now. Do you think they know we are recording them? Please, don’t leave me.”

On the video, the father says he believes the lights are attached to “a larger spaceship” which would explain why the group of lights remains so still in the sky.

“It is still, completely still. It is like that one from Mexico,” he tells his son, according to Inquisitr. “What we are seeing is just the base of it.”

The father then says on the video that he has seen “things like this for 45 years.”

Some of the images in the video and the fact that the lights appear in sequence do indicate that the objects may be Chinese lanterns – the most common investigation outcome for groups of lights crossing the sky. See the Chinese Lantern video below. 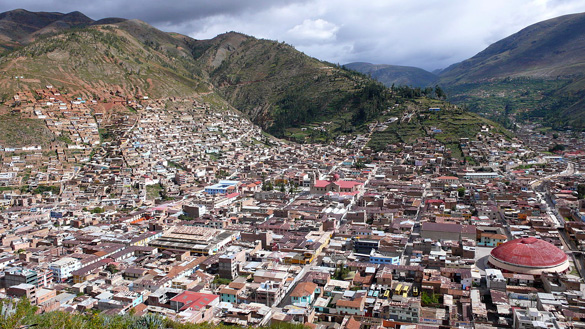 Tarma, Peru is located in the center of the Tarma Province; 232 kilometers east of the city of Lima, in the mountain ranges of the Andes.