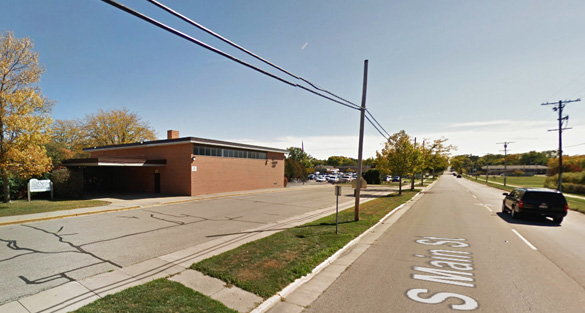 Wisconsin witnesses at Fort Atkinson drove closer to “orange flashing lights in the sky” about 10 p.m. on June 2, 2014, and saw “a large orange ball of light behind a cloud” that lit up the horizon as it flashed, according to testimony in Case 56788 from the Mutual UFO Network (MUFON) witness reporting database.

The reporting witnesses’ son first saw the orange flashing lights in the sky just east of Fort Atkinson and asked him and his wife to step outside for a look.

“At times blue and red beams seemed to shoot through the trees,” the witness stated. “It looked as if kids were playing with laser pointers in the distance.” 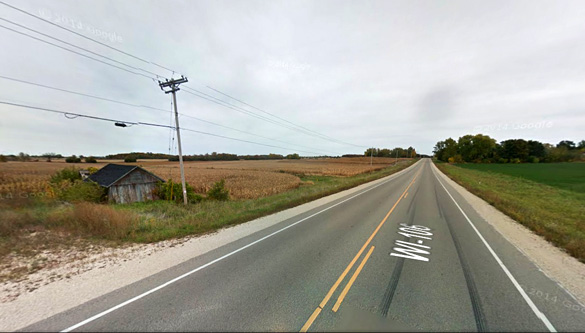 The two witnesses stopped along Route 106 in Fort Atkinson, Wisconsin, pictured, to get a view of the object, but quickly became frightened and left the scene. (Credit: Google.)

Curious about what the lights were, the witness and his son drove to the Purdy Elementary School parking lot only to encounter yet another anomaly.

“The street lights in the area were flickering when we saw the light in the sky.”

To get a better view of the lights, the two decided to then drive east to Hommerson’s Pond.

“We watched for about five minutes. Orange flashing lights seemed to be behind the tree line so we drove again to get a better look. We drove about 5 – 8 miles down 106 east and pulled over to the side of the road. We now had a great view of a large orange ball of light behind a cloud.”

“It was a clear sky but the strange lights always had a cloud around them. When it lit up, the whole horizon was orange. We saw a large white light that looked like it was getting closer to us in the sky.”

The two became frightened and decided to drive home. 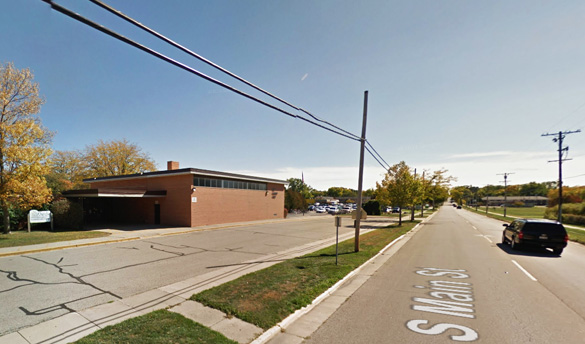 The witnesses first stopped near Purdy Elementary School in Fort Atkinson, Wisconsin, trying to see the object, but moved on for a better look. (Credit: Google.)

“I found myself almost unable to stop looking in my rear and side mirrors. When we passed Purdy School on the way home we noticed that the street lights were back to normal.”

Fort Atkinson is a city in Jefferson County, WI, population 12,368. Wisconsin MUFON is investigating. Wisconsin has a current UFO Alert Rating of 5 with a low number of recent reports nationally. Wisconsin had 11 UFO reports in May 2014 – the 19th highest reporting state  – while California had 102 reports as the highest reporting state. The above quotes were edited for clarity. Please report UFO activity to MUFON.com.