On August 1st, IndieFlix, a independent streaming service, announced the launch of its first original web series: The Maury Island Incident. Today, August 19th, marks the launch of the first episode of the series, An Honest Man and you can watch it here exclusively for free.

According to IndieFlix.com, the series is, “Based on declassified FBI documents, The Maury Island Incident tells the incredible, tragic, and forgotten story of Harold Dahl, who on June 21, 1947, alleged a UFO sighting over Puget Sound, Washington. This sparked ‘the summer of the saucers,’ the modern era of UFO obsession, the first appearance of Men in Black and a governmental battle over UFO sighting jurisdiction reaching directly to FBI Executive Director J. Edgar Hoover.”

Episode 1: An Honest Man – In 1947, a lowly FBI field agent is summoned to Washington, D.C., and interrogated by none other than J. Edgar Hoover about the investigation of a fatal B-25 bomber crash.

The full film, The Maury Island Incident, will be shown during the 2015 International UFO Congress EBE Film Festival in February at the We-Ko-Pa/Fort McDowell Resort in Fountain Hills, Arizona. 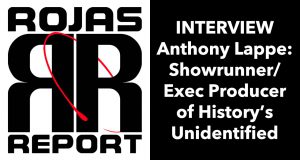