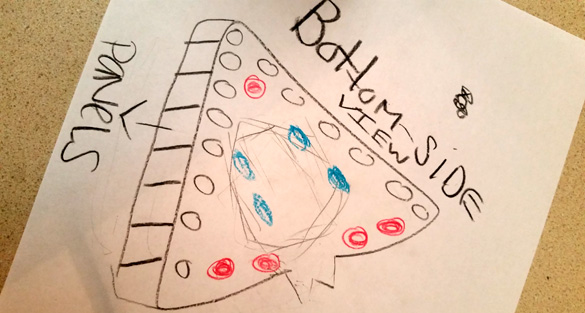 A California witness at Livermore reported an “enormous” dark triangle UFO that moved overhead and quickly disappeared, according to testimony in Case 70520 from the Mutual UFO Network (MUFON) witness reporting database. 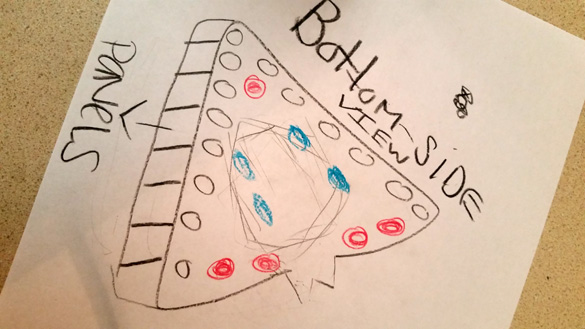 The witness and her boyfriend were traveling along I-680 about 11 p.m. on September 14, 2015, just passing the 84 exit, when the object was first observed.

“Sitting in the passenger seat I noticed bright lights, red, blue and lots of white,” the witness reported. “I leaned forward and started to observe it for a quick second noticing the craft was 3-D like and triangular in shape. The white lights outlined the shape of the craft.”

The witness had never seen anything like this in shape or size. 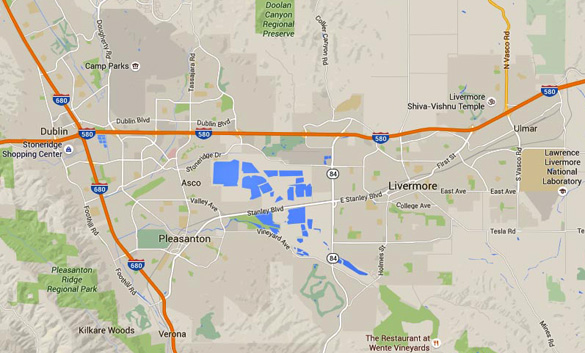 “I second guessed myself and started to lean back. I took a quick glance at my boyfriend and realized he was looking at the same thing. I quickly looked back and within seconds the object blinked about three times (pulsating). When I thought the lights were going to blink again it vanished!”

The witness says she was in shock over what she saw.

“He was scared to drive underneath not knowing whether it had just cloaked and was still there. The whole time it was still above the freeway in perfect view, no movement at all. We came home and I drew a sketch. I couldn’t make out every detail of the object but I remember white lights outlining the bottom of the craft, panel-like shutters if you want to call them on the side. Very hard to describe. I’ve never seen anything like it. It’s like paper overlapping paper.” 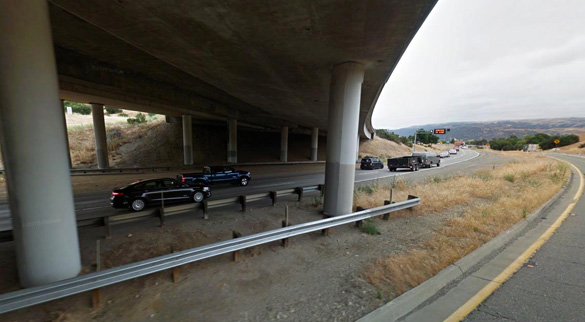 The witness was in the area of the 84 exit along I-680 when the object was seen moving quickly overhead. (Credit: Google)

Livermore is a city in Alameda County, California, population 85,156. Please remember that most UFO sightings can be explained as something natural or man-made. The above quotes were edited for clarity. Please report UFO activity to MUFON.com.

Editor’s note: The word “enourmous” is in quotes in the title because, although it was not included in the story, the witness wrote in the short description of her report to MUFON: “the object was enormous in size, dark triangular shaped 3D like unexplainable [sic] and unbelievable!”