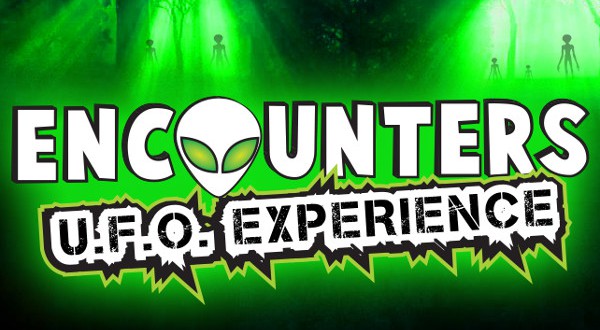 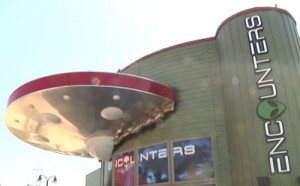 Encounters launched in 2013 at the Myrtle Beach exhibit space Broadway at the Beach after more than five years of research, and three years of assembling content and artifacts. Following the attraction’s successful run last year, it will open again in the same space on April 1, 2014.

According to the press release, the exhibit includes seven themed galleries showcasing “hundreds of artifacts, witness accounts and a wealth of myth-debunking information to attract curious visitors from around the world and offer a compelling case for the existence of alien life and UFOs.” Several new exhibits have been added to Encounters for 2014 including an alien autopsy exhibit where visitors can grab alien guts and brains. Encounters also features a laser tag-style shooting gallery, a propulsion exhibit where UFOs are controlled by magnets and visitors, a guide to ancient history of aliens, and the ability to send messages to space.

Patrick Walsh, senior vice president of asset management of the company that owns Broadway at the Beach says, “We are eagerly awaiting the reopening of Encounters which has received rave reviews from locals and tourists alike.”