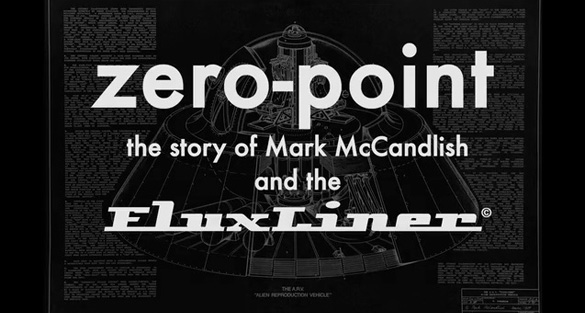 A documentary on the alleged true story of a man who believes he gained inside knowledge about a top secret antigravity spaceship has recently been released, despite the death of the movie’s creator in 2013. The filmmaker’s estate released the video on Vimeo earlier this month. 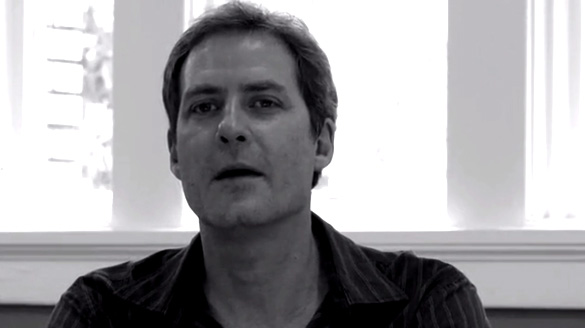 James Allen from a screen shot of his Kickstarter video seeking crowd sourcing funding for his movie. (Credit: James Allen)

James Allen, the film’s creator, says that he originally took on this project as a thesis for his Masters in Fine Arts degree. However, he began to feel that the subject was of immense importance, and warranted a full length documentary.

In an interview with OpenMinds.tv in June of 2013, Allen explained, “If this story is true, and at this point I am fairly convinced that it is, it could be a window into one of the most important technological developments in history.”

Allen describes the technology as a “Faster-than-light propulsion system that agrees with Einstein’s theories, and the fact that we are surrounded by unlimited, untapped free energy everywhere.”

The movie is titled Zero-Point: the Story of Mark McCandlish and the Flux Liner. McCandlish and his research is the main source for the information in the documentary. McCandlish is an aerospace illustrator who began researching antigravity in 1988 when a friend described to him a secret advanced anti-gravity vehicle he had seen at Norton Air Force Base.

The story goes, McCandlish and a friend were planning on attending an air show at Norton Air Force Base, but McCandlish had to cancel due to a last minute illustration needed by Popular Mechanics. His friend did go, and through a well connected acquaintance was able to gain entrance to a secured area of the base with a special display for politicians and military personnel with high level security clearances. 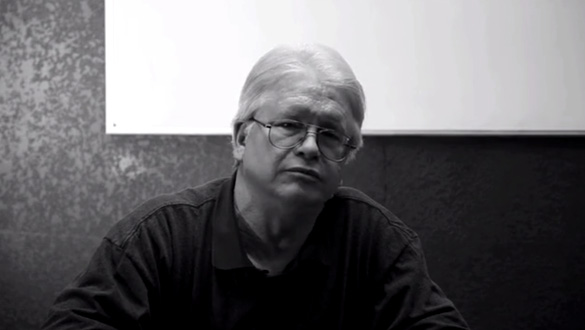 The craft were referred to as Alien Reproduction Vehicles (ARVs), and also had the nickname, “Flux Liner.” McCandlish says he believes these craft are part of a secret program that has been around for decades.

Using his friend’s description, McCandlish sketched the vehicle, and he has since done research on how he believes the technology works. He says they use zero-point energy, a concept originally theorized by Albert Einstein.

The movie also covers the “big trouble” that ensued for McCandlish after releasing his drawings. The description says the movie is “For those who want a story of intrigue, secrets, and technology.” 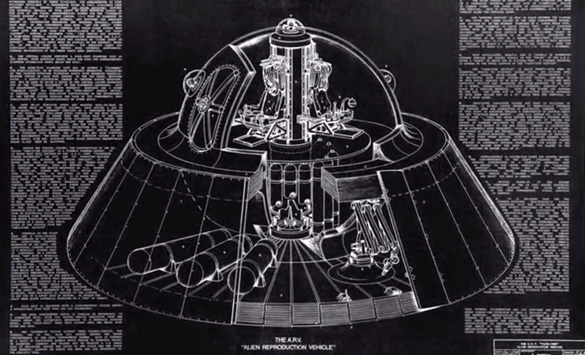 Sadly, Allen was only able to screen the movie a few times before passing away. On December 13th, 2013 we received a note from James Gladman, who said he was the executor of Allen’s estate. The message said that Allen had passed away the day prior due to an extremely rare type of cancer.

Gladman recently contacted us again to let us know that after tying up some loose ends, including pursuing the possibility of a distribution deal, he finally was ready to set the film free.

We were happy to participate in getting the word out for James and honored to have known him. We send our condolences to his friends and family.

The movie, along with an interview for The Disclosure Project, can be seen below.

Zero Point: The Story of Mark McCandlish and the the Fluxliner (HQ) from James Gladman on Vimeo.

Military-aeronautical Illustrator Mark McCandlish was riding the wave of success making images of classified projects for the military-industrial complex. Then he made a drawing of a top secret project that he wasn’t supposed to know about. And big trouble ensued. For those who want a story of intrigue, secrets, and technology. Detailed information on the history, physics and technological mechanisms regarding faster-than-light travel, antigravity, and zero-point energy is also covered in detail.