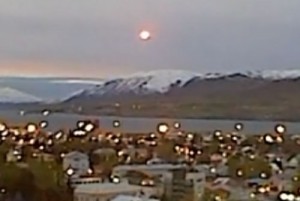 One viewer who watched the Iceland video commented, “Actually the local﻿ police in﻿ Akureyri [have]investigated this matter and were able to confirm that this was indeed a shot from a flare gun.” But this claim is unconfirmed.