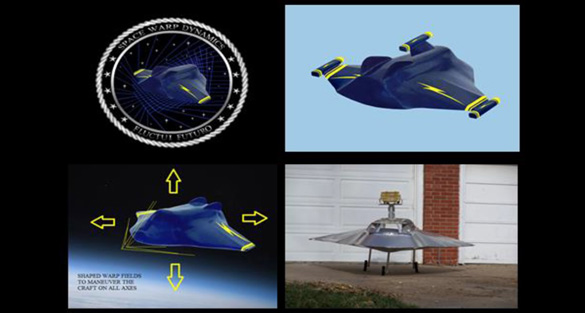 Open Minds UFO Radio: David Pares is an adjunct professor at several colleges, including the University of Nebraska where he is the faculty adviser for their Mutual UFO Network student organization. He has degrees in geography and engineering science, and teaches classes in meteorology, physics, astronomy, geography, geology, statistics and physical science. Pares believes he has unlocked the key to warp technology, and that he and his team of engineers and graduate students have constructed a working warp engine that demonstrates the technology.

Last time we talked with Pares he had tested the warp effect on lasers. However, now he has an engine, and is building a UAV that he hopes he will be able to propel with a warp engine. He has patents on the warp technology, and has formed the company Space Warp Dynamics, LLC.