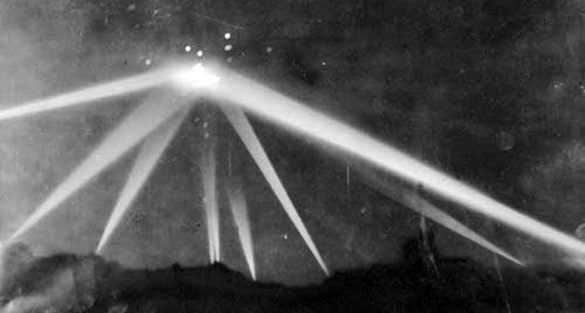 Open Minds UFO Radio: In February 1942 the military opened fire on an object that flew over Los Angeles. The incident is referred to as the Battle of Los Angels and is best-known by the icon image of searchlights converging on an object while explosions from anti-aircraft fire erupt nearby. Researcher David Marler has researched this case, and when he puts together all of the facts, media stories from the time and government documents on the incident, it is more mysterious than ever. In this episode of David shares with us what he found and why this case remains unsolved.

David is a UFO researcher and author. He’s had a lifelong interest in the subject of UFOs and joined the Mutual UFO Network  (MUFON) as a field investigator trainee in 1990. Since then he held several positions within MUFON before becoming an independent researcher. Since then he has written a highly regarded book on triangle shaped UFOs, Triangular UFOs: An Estimate of the Situation, and has been featured on several television programs. David has one of the most extensive personal libraries of UFO books, journals, magazines, newspapers, and case files from around the world that covers the last 65 years.

Watch David present his research on the Battle of LA incident at the International UFO Congress.

Get David’s book, Triangular UFOs: An Estimate of the Situation: https://amzn.to/2yoDp7z

Visit me on Patreon: www.patreon.com/alejandrotrojas