Home / Articles / Entertainment / Dark Side of the Moon: A Review of Oren Peli’s new movie, “Area 51” 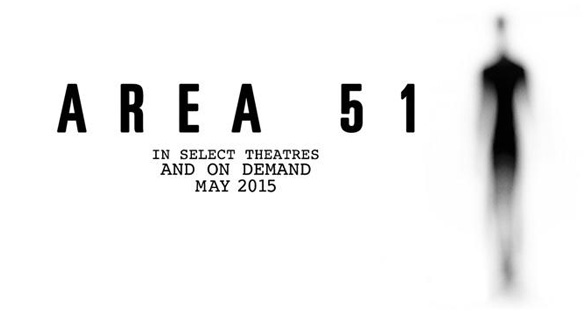 Dark Side of the Moon: A Review of Oren Peli’s new movie, “Area 51”

Written and Directed by Oren Peli

Currently available on most Video on Demand platforms

I don’t think I’m going too far when I boldly assert that the new sci-fi thriller, “Area 51,” has been the most talked about, anticipated UFO genre film since Spielberg made “Close Encounters of the Third Kind” in 1977.  And when I heard the film was made found footage style with Oren Peli of “Paranormal Activity” fame writing and directing it, I was honestly over the moon, I couldn’t wait.  So the $64,000 question is, did I like it, was it good?  The answer:  An overwhelming YES, I recommend this movie. 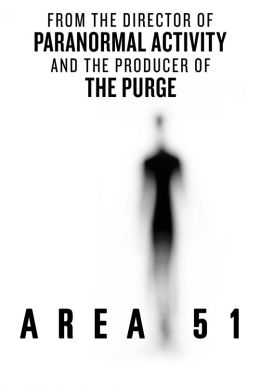 Here’s the long and short of it.  A group of young adults, led by the intrepid Reid, hatch a plan to break into Area 51.  Along for the ride is a girl whose father worked at the facility and died under mysterious circumstances.  Among the assortment of important papers he left behind is a map that’ll guide our heroes in their quest to discover what secrets are kept at the base. The kids have figured out a way to breach the perimeter and enter the facility.  And if you’re saying to yourself “why haven’t the Russians or Chinese figured this out yet?” that’s called a plot complication.  Leave it alone.  Just go with it.  Remember, it’s only a movie, it’s not meant to be real.

Inside Area 51 we finally see what it looks like.  The first floor is office space.   Everything else beyond that is industrial & scientific.  Lots of concrete, metal piping, gauges, air ducts and vault like rooms.  Nothing fancy.  It’s sparse, even bleak not to mention huge.  It’s located a mile underground with 40+ floors.

Eventually we see a lab chock full of creepy strangeness, a captured UFO and become privy to things we should never be witness to.  And that’s where I stop.  I won’t go any further because I don’t want to give the movie away.  Even if you hate found footage movies give “Area 51” an honest shot.  It has some real, genuine tense moments plus Peli’s vision of Area 51 is quite intriguing in and of itself.

The obvious criticism, though, is that it plays out like a video game, like a “first shooter,” but that’s the downside of making a found footage movie — it’s going to have this look and feel since it’s primarily first person perspective that’s driving the flick.

And like most Oren Peli projects “Area 51” takes its time building the plot before we really get into the “meat” of the movie somewhere around the 35-40 minute mark slowly building suspense and tension in the viewer, priming us for whatever horrors might reside inside the non-existent base later on.

I would also expect the UFO crowd to notice that Peli might’ve taken a little artistic leeway combining bits and pieces of possible Dulce myth with Area 51.  Not enough to sway the movie one way or another but enough nuance to cue in to it if you know what you’re looking for.  To his credit, though, the scene where the kids touch the UFO might be loosely based on David Adair’s experience at Area 51 back in the early 70’s, so kudos to Peli for that great inclusion if indeed he intended to do that.

And we briefly see the aliens, quick shots, that’s it; Peli’s signature technique he developed with his “Paranormal Activity” franchise, showing us only what we need to see and nothing more.   I know this bothered many people who were expecting some kind of big CGI reveal but it’s the fleeting glimpse of whatever these creatures are that get inside your head and play mind games with you.  It’s not necessarily what you see that frightens you but rather what you don’t see that may be hiding or watching you from afar, that truly terrifies you.  Peli has effectively used the power of mystery as a weapon to attack the viewer with. 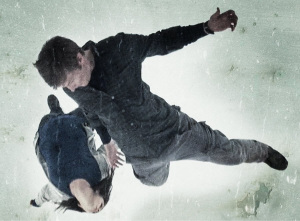 The movie was shot in three distinct acts – Act I:  Introduction to the characters.   Act II:  The build up to Area 51.  Act III:  Inside Area 51.  He also did a fantastic job blending genres with this film effectively making “Area 51” both a horror movie and sci-fi thriller, treading that fine line without going too far in either direction. I use the term “horror movie” in the sense that the actual facility in the film can be thought of as a gigantic haunted house — there’s “something” evil in there, maybe many evil “things;” lurking, waiting.  And our protagonists have to enter Area 51, the “haunted house,” complete their mission, confront the evil and live to tell the tale.

The sci-fi thriller aspect of “Area 51” is what drives the movie and triggers the horror component creating suspense, allowing it to build slowly, methodically, upping the scare factor so when we do see the aliens, what little we do see, we’re taken aback, and when we see the UFO or the mad scientist lab we’re properly shocked and amazed.

I’ve read negative reviews of “Area 51” and I think it may have to do with the fact that a lot of moviegoers have been brainwashed by Hollywood and their overuse of CGI special FX.  Nowadays movie plots seem secondary to the special effects which more often than not are tasked with telling a story and in some cases, become characters within the film itself.   It’s almost like we’ve become so used to the big Hollywood FX that when it comes to this style of film making we instantly go ADHD and hate the film.

Peli makes movies the old fashioned way.  He tells stories and he takes time telling you these stories.  He builds suspense, hits you with a kidney punch then ends the movie abruptly, not allowing you to process what you’ve seen.  He makes you feel uncomfortable and he’s good at it.

From what I was told, there was no script per se, just a treatment.  The actors were basically told to improvise their parts with the majority of the movie being shot in one take giving the film that “real time,” quick feel to it, as if it’s happening right here, right now. Peli also included appearances by Glenn Campbell, Norio Hayakawa and George Knapp, well-respected individuals in the UFO community to give the film that extra boost of authenticity, which they did, and very well I might add.  Peli did his homework with this film and I commend him for that.  It’s always the details that we take notice of.

If you’re looking for fast food movie making with lots of big, loud, flashy CGI and need a UFO fix, watch “Independence Day.”  Show Will Smith a little love.  If you’re interested in something more, something with teeth and edge, watch “Area 51.”  Appreciate it for what it is.  It won’t win academy awards but it damn well entertains.

Republished with permission from CHRUCHOFTHENECRONOMICONBLOG.

Moore has been freelance writing since 1989. He’s contributed articles to SLAM Magazine (Stateline Area Magazine, Northern IL / Southern WI), Sheet Metal Magazine and has two published two zines -- Louder Than God and The Saint Vitus Press & Poetry Review. He’s contributed articles to the following websites and webzines – horrornews.net, Wormwood Chronicles, The Sludgelord and edits his own webzine The Church of the Necronomicon. In 2011 he edited and published his first book, Gangsters, Harlots and Thieves: Down and out at the Hotel Clifton on Amazon.com. He has two titles due to be published in the summer of 2015.