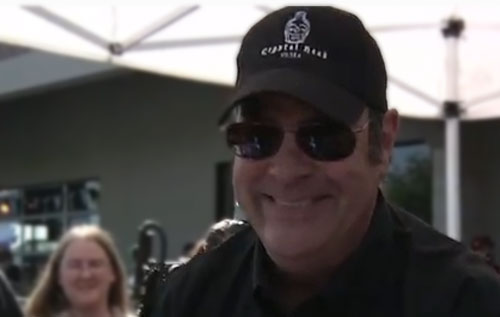 Dan Aykroyd’s fascination with all things paranormal is well-known. And his next movie just might be about the famous 1961 alleged alien abduction of Betty and Barney Hill.

Reporter Doug MacCash from the Times-Picayune recently interviewed Aykroyd at a New Orleans supermarket where the actor and comedian was signing bottles of his Crystal Head Vodka. When MacCash asked Aykroyd to describe his next film project, he “became suddenly opaque.” MacCash explains, “Instead of answering directly, he discussed his enthusiasm for a series of UFO sightings and milestone alien abduction case that took place in New England.”

From this response, MacCash speculated, “I’m just letting my imagination run wild here, but I wouldn’t be surprised to see a movie about the 1961 Betty and Barney Hill extraterrestrial encounter in the offing.” 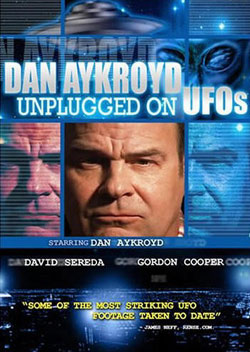 Aykroyd has spoken publicly about UFOs many times in the past. UFO researcher David Sereda produced a 2005 documentary titled Dan Aykroyd Unplugged on UFOs, in which Aykroyd participated in an interview focused almost entirely on his UFO research. In April 2010, Aykroyd appeared among a panel of scientists on Larry King Live to discuss UFOs. When King asked him his beliefs, Aykroyd responded, “They are here, science should accept that they are here and look how they have come from a billion years in the future or the next dimension or wherever they are coming from. They have abducted people.”

With his belief in extraterrestrial abductions, and his fascination with the Hill abduction, it won’t be surprising if official confirmation of Aykroyd’s involvement in a movie about Betty and Barney Hill comes in the near future.

In September 2011, Open Minds was able to briefly interview Aykroyd about UFOs: