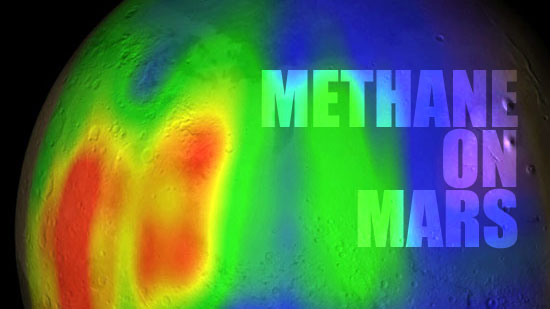 Curiosity’s detection of methane on Mars could suggest extraterrestrial life

Curiosity, NASA’s Mars Science Laboratory, has been busy exploring the red planet. The recent discovery of shiny particles in the Martian soil excited researchers, but another discovery by Curiosity could steal the spotlight. 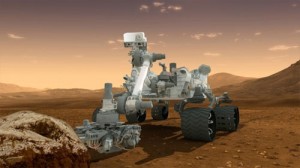 Curiosity’s on-board Sample Analysis at Mars (SAM) instrument recently detected the presence of methane gas on Mars. As Space.com explains, “On one hand, methane can be geological in origin. But then there’s the prospect that the gas is biotic, or caused by living organisms — meaning it could be the gaseous residue of long-extinct microbes or even the output of Martian organisms alive and well today.”

Researchers are understandably enthusiastic about Curiosity’s methane detection, but scientists discovered methane in the planet’s atmosphere back in 2003. In that case, a research team opted for the geological explanation. According to an article published by ScienceDaily in May 2012, researchers were able to show that methane escapes from a meteorite “if it is irradiated with ultraviolet light under Martian conditions.” Therefore, the team concluded that the methane detected in the Martian atmosphere is a result of high-energy UV radiation triggering the release of methane from meteorites. 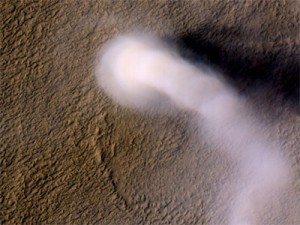 Nancy Atkinson of Universe Today reported another possible explanation for methane on Mars in September 2012–dust devils. A team of researchers, led by Arturo Robledo-Martinez from the Universidad Autónoma Metropolitana, Azcapotzalco, Mexico, published a paper in the journal Geophysical Research Letters, detailing their proposal that “the discharges, caused by electrification of dust devils and sand storms, ionize gaseous CO2 and water molecules and their byproducts recombine to produce methane.”

With methane having already been detected in the Martian atmosphere, Curiosity was expected to detect the gas on the planet’s surface. But the variability of the methane Curiosity detected wasn’t expected. The next step is to monitor the methane levels over time to track variation. Chris McKay, space scientist and Mars specialist at NASA’s Ames Research Center, explains that, if the methane levels remain constant, “then this can be reconciled with normal processes and a meteoritic source of organics,” but “if it’s highly variable, then all bets are off.”