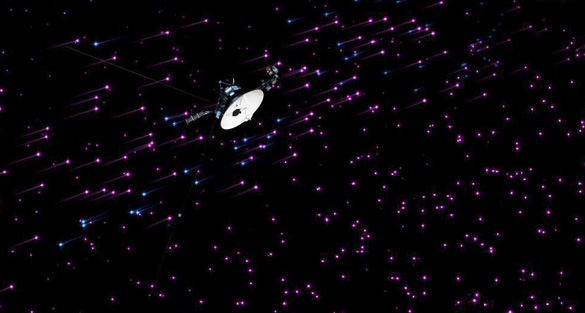 Mathematicians from Edinburgh University have conducted a study demonstrating the possibility that an advanced extraterrestrial civilization could use self-replicating probes to study the galaxy. Their findings show that their theoretical alien probes could have already arrived.

The mathematicians, Duncan Forgan and Arwen Nicholson, had their paper on the analysis of how probes could travel through space published in the Journal of Astrobiology. They studied the possibility that alien races used the gravity of stars to “slingshot” the probes in order to gain speed. This is a technique we already use for probes, such as the Voyager.

The Voyager 1 space probe was launched in 1977 and is just reaching the edge of our solar system. However, Forgan and Nicholson believe that older civilizations could have launched similar probes that are already here. They also speculate that alien probes could use a method of self-replication. They might collect dust and gas to build new versions of themselves during their long trips.

The researchers say, “We can conclude that that a fleet of self-replicating probes can indeed explore the Galaxy in a sufficiently short time.. orders of magnitude less than the age of the Earth.” 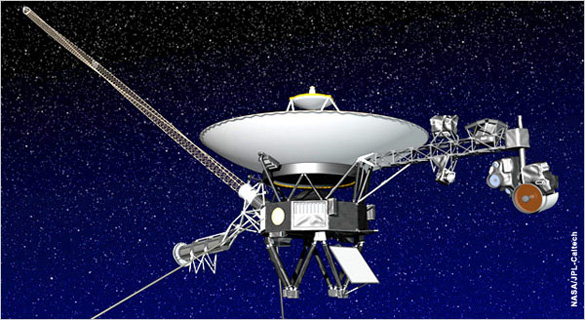 The question is, if they are here, why haven’t we seen them? Referring to speculation on this topic from NASA space expert Robert Freitas in 1983, Forgan suggests that the probes may be designed to hide themselves. Forgan explained to Yahoo! News, “The probe camouflages itself so as to set up a threshold test of the technology or intelligence of the recipient species, where the test must be met before the species is allowed to communicate with the device.”

According to Yahoo! News, Jacob Haqq-Misra of the Rock Ethics Institute suggested in a paper in 2011 that perhaps the remains of extraterrestrial technology sent out to probe the galaxy remains buried here or on a nearby planet, awaiting discovery. He wrote, “Extraterrestrial artifacts may exist in the solar system without our knowledge simply because we have not yet searched sufficiently.”

Haqq-Misra argues, “Searches to date of the solar system are sufficiently incomplete that we cannot rule out the possibility that nonterrestrial artifacts are present and may even be observing us.”

Forgan disagrees, he says, “Evidence in the form of ‘spent’ or destroyed probes is less likely, as any civilisation attempting interstellar exploration are presumably skilled engineers, and would send probes with the ability to self-repair due to the large travel distances and times required for such a task, giving the probes a very long life-span.”

Dr. Anders Sandberg, of the Future of Humanity Institute at Oxford University has another answer as to why we have not seen any of these probes yet. He thinks intelligent civilizations destroy themselves before reaching the technological ability to send the probes.

Sandberg says, “If advanced societies wipe themselves out, or decide to not go exploring, they need to converge to this outcome with extremely high probability, since it only takes one that escapes this fate to fill the universe.”

Of course there is something else to consider. Last month the Mutual UFO Network received over 600 UFO sighting reports in the United States. Even if 95% of them are misidentifications, that leaves 30 unknowns in just one month. Perhaps Forgan and Nicholson should consider that some of these unidentified objects may be the probes they are looking for.