Home / Articles / A glimpse into Col. Corso’s never released original notes
“A New World If You Can Take It”

Here’s a sneak peek into some of the information contained in the never published diary of Colonel Philip Corso, “Dawn of a New Age.” Open Minds Production has obtained permission to post the unedited original manuscript, it will be available on our website Friday, May 21st, 2010. 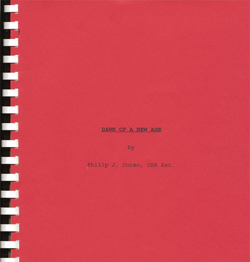 As reported in “Dawn of a New Age,” in 1957 colonel Philip J. Corso had a face-to-face encounter and a telepathic conversation with an Extraterrestrial Biological Entity (EBE) while he was stationed at the White Sands Missile Range in New Mexico. This is by far the most controversial of Corso’s many statements. Interestingly enough, this encounter was never mentioned in Corso’s bestseller, The Day After Roswell.

In order to evaluate the credibility of Corso’s alleged encounter, we had to first ascertain if Corso was really at the White Sands proving ground in 1957. We were able to assess Corso’s military career records through the Freedom of Information Act (FOIA) (see http://www.cufon.org/cufon/corso_da66.htm) and confirm that he was in fact a Battalion Commander from October 1957 to September 1958 in various Army Nike missiles battery installations. During this time, White Sands was the largest military base in the United States and the nerve center of the Southwestern defense system.

Corso refers to the alleged encounter in his diary as occurring one hot day in late summer of 1957 while he was inspecting the radar station connected to the White Sands range launching ramps. Corso was informed that an unknown blip had appeared on the radar screen. The unit followed the radar object’s track until it suddenly vanished from the screen. Theoretically, if one excludes a hyper/space jump, the reason for the disappearance could be either a crash impact or a crash landing. That’s exactly what Corso thought occurred and he quickly figured out the coordinates of the possible incident location in the high New Mexico desert.

In the original manuscript of “Dawn of a New Age,” Corso mentions the event several times at random, giving the reader the impression that the episode had a fundamental importance in his life. 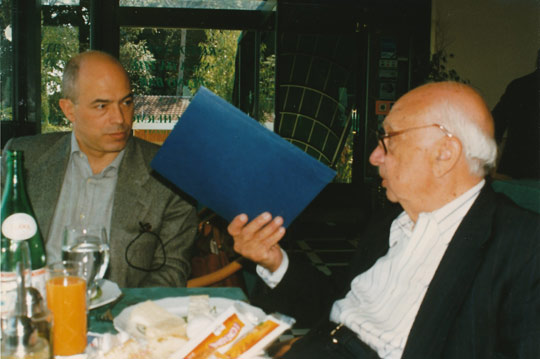 In a chapter entitled “Nine Clearances Above Top Secret” [page 27] we can read, “During my military career at one time or another, I counted nine clearances above Top Secret granted to me… Twice while I was in command of missile units, the radar picked up and locked on objects traveling and accelerating over 3000 mph once in New Mexico 1957 and once in Germany in 1958. On both occasions, I was instructed to destroy the tape recordings and forget the incidents. However, I did not destroy the 1957 tape”.

On page 156, Corso writes, “… Red Canyon is part of White Sands, and south of Los Alamos. The crash was only a few miles from my command post. I was the Senior Commander and made all military decisions. Red Canyon was in the desert 140 miles from Ft. Bliss and 100 miles from Roswell.”

Corso finally describes the event in full details in the chapter “A New World if You can Take It” on page 159. Having calculated the trajectory and the point of impact, Corso flew over the area on a small military plane with a young lieutenant pilot. When they reached the site they saw “a shiny saucer shaped object on the ground,” that Corso interpreted as a missile booster.

Two days later, Corso decided to go back to the same site, this time driving alone in his jeep. 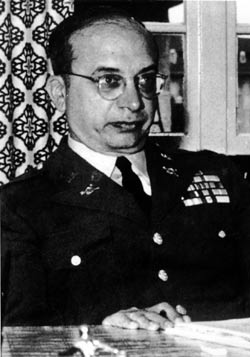 Col. Corso at his desk in the Pentagon in the 60's.

The encounter happened in a cave in an abandoned gold mine out in the desert, only a few miles from the range area. Corso perceived a strange presence at the bottom of the cave. There was a humanoid figure that appeared transparent in the dark. Corso felt his mind was connected to that being’s mind. The core of the telepathic connection was reached when the being asked him, “Will you give me 10 minutes, radar free, after green time?” (Green time is a military term for a launch time window.)

Being commanding officer of the radar station, Corso was in power to ask his men to block the radar/missile system and to allow the takeoff of the alien’s flying object that landed in the desert. Corso communicated back to the EBE: “Ten minutes could be an eternity, what do you offer?” The being replied, “A new world if you can take it.”

Without hesitation, Corso left the cave, walked to the jeep and called range headquarters by radio, asking them to make sure that after the “green time” procedure the radars were put in hold for 10 minutes. The radar unit promptly executed the order. The radars must have cleared the way for the UFO to take off, because when Corso arrived at the range, Captain Williams reported that their D-battery locked on for a minute on an object 50 miles out, traveling 3000 mph.

Now, if a UFO was plotted by the White Sands radars, the matter had to be classified top secret and it had to be handled accordingly. Corso had the highest security clearance and he decided to inspect the incident unaccompanied. His taking the responsibility to act alone corresponded with the security procedure under the circumstances.

In the absence of any confirmation by other witnesses, anyone can object and reject Corso’s account. However, if what Corso is claiming is truthful, even 53 years ago flying saucers were not invulnerable at all—at least at close range—once detected by radar. They could malfunction and they could crash.