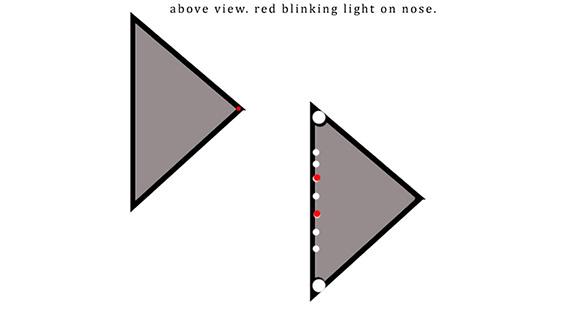 A Connecticut witness at New Milford reported watching a silent, triangle-shaped UFO that moved close at an altitude under 500 feet and then made a 90-degree turn and moved away, according to testimony in Case 80488 from the Mutual UFO Network (MUFON) witness reporting database. 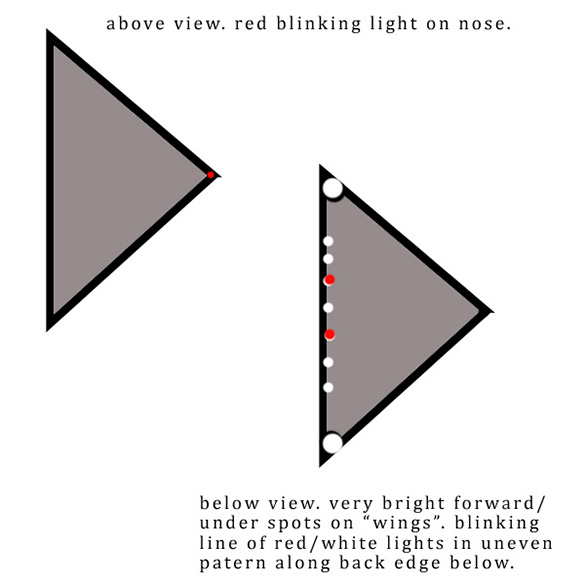 “Approached a stop sign in rural area and noted a brightly lit craft flying very slowly directly towards me at low altitude,” the witness stated.“The white spotlights were very bright and spaced widely apart, making a helicopter unlikely, so I stopped at the intersection to observe what seemed like a strange phenomenon.”

The object reached the witness in about three minutes, traveling less than a mile.

“As it got closer I saw a blinking red light on the nose and thought ‘plane.’ But it was so slow, low and silent.” 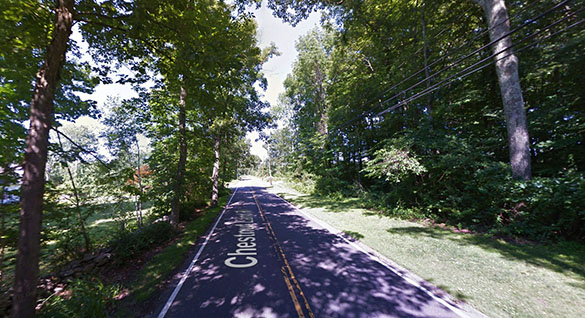 The witness was able to describe the lighting on the triangle-shaped craft as it moved close. Pictured: New Milford, CT. (Credit: Google)

But then the object made a turn.

“Moments before it would have been overhead, it made a perfect 90-degree turn. At that point I could see its underbelly clearly. It was a perfect black triangle, slightly wider at the back than the sides (triangle tip facing forward for flight) with white and red line of lights along the back flashing in a sequence back and forth. Shortly after it turned it traveled behind the treeline and I continued on my way home.”

New Milford is a town in southern Litchfield County, Connecticut, population 28,671. Connecticut MUFON Field Investigator Warren Fentress is investigating. The witness provided one illustration with the MUFON report, which was filed on November 17, 2016. 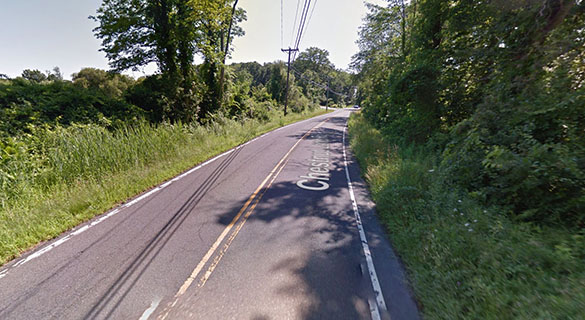 The object made a 90-degree turned and moved away. Pictured: New Milford, CT. (Credit: Google)