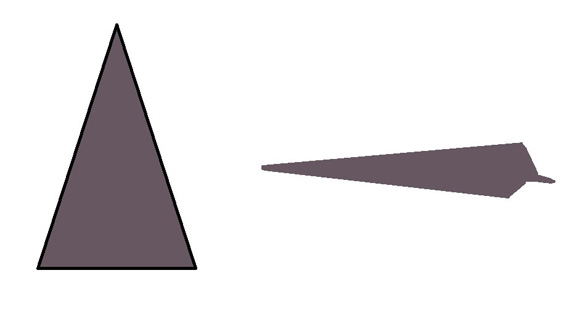 A Colorado witness at Ellicott reported watching a triangle-shaped UFO hovering between clouds overhead that looked like a “Star Wars destroyer,” according to testimony in Case 79566 from the Mutual UFO Network (MUFON) witness reporting database.

The witness walked outside to a yard area with his dog while light rain clouds were moving in “with a layer of puffy dark rain clouds above, but thinner whitish clouds below” at 12:18 p.m. on October 2, 2016.

“I noticed a dark gray, almost black triangle object in sky between these two layers of clouds,” the witness stated.“It stayed in the same spot as the clouds were moving below and above it in two different directions, but the triangle stayed in the same exact spot for about three minutes and then slowly faded away like the upper rain cloud had moved closer and swallowed it up.” 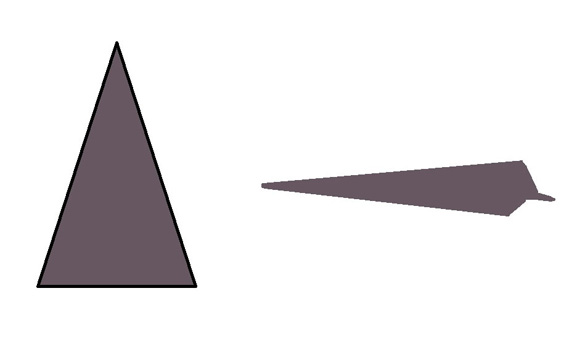 “The object I saw looked kind of like the shape of a ‘Star Wars’ Star Destroyer I think they are called, but with no detail of course at all on the ship – just smooth, dark, and sharp, perfect lines.”

The witness is convinced the object was not something normal.

“I know one thing, it wasn’t a plane, wasn’t a balloon, wasn’t a helicopter and wasn’t a drone. I won’t say it was a UFO, but it looked designed, big time. Interesting is after filling out forms and seeing a “power lines near” check box on MUFON form, it was in fact hovering maybe 2,000-3,000 feet above some interstate transmission lines and right near a highway and a massive chunk of cattle grazing land. If any cows are butchered out there, I sure want a steak from it!” 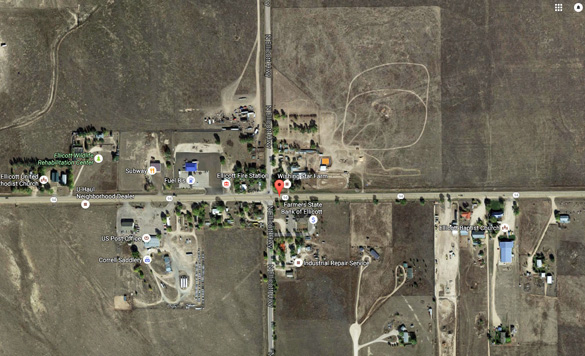 The object was hovering directly over power lines and a cattle grazing area. (Credit: Google)

The object appeared to be deliberately hiding itself.

“The strange thing is, it blended back into the clouds like it saw me looking at it. Like really slyly covered up by a cloud to disappear subtly. My personal belief is, alien life, if it does exist, could come from other worlds, be mistaken for demons, devils and gods, or maybe it’s our future offspring time traveling. All I know is, clouds don’t make straight edge symmetrical lines on two sides Triangles that stay for that long as clouds are moving in a breeze. And no, I am not a UFO geek and have never reported before. The truth is out there!”

The witness included one illustration with the MUFON report, which was filed on October 3, 2016. No images or video were included with the report. Colorado Field Investigator Jeffrey Hastings investigated this case and closed it as an Unknown. Ellicott is in El Paso County, CO, population 1,131. Please remember that most UFO sightings can be explained as something natural or man-made. The above quotes were edited for clarity. Please report UFO activity to MUFON.com.