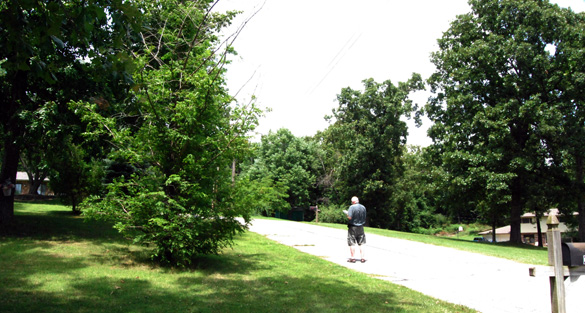 Three Joplin, MO, UFO witnesses are speaking out on the July 8, 2014, sighting where the object was originally reported as “bigger than a house,” according to Mutual UFO Network (MUFON) Missouri Assistant State Director Margie Kay and STAR Team Investigator Larry Jordan.

Kay and Jordan examined sites on July 13 where three credible witnesses saw a UFO and had strange experiences.

“On July 8 at 9:15 p.m. the retired pilot was walking his dog in front of his house when he noticed a quarter-sized object with orange lights in the sky north of his location. As the object approached from a high altitude to a low altitude on a straight-line trajectory he realized that it was no standard aircraft. The object was very large, teardrop in shape with multiple orange, blue, and yellow lights underneath. 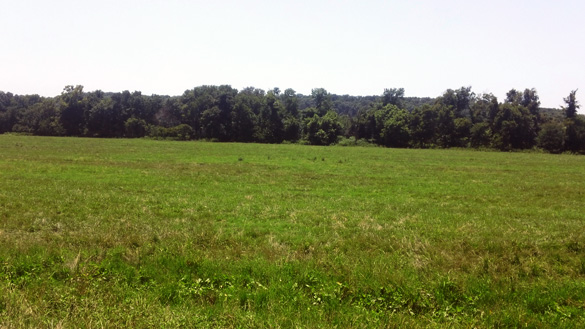 The three Joplin, MO, witnesses drove one mile away to this field where they believed the UFO may have landed. (Credit: MUFON)

“As John Cruzan and his wife Traci rounded the corner in their Jeep, the pilot flagged them down. The two jumped out of their vehicle just as the object was flying an estimated 300 feet or less overhead. The three witnesses said that the object was approximately one-acre wide and one-acre in length. They said that there was absolutely no sound coming from the object whatsoever, and that this concerned them.

“The pilot said, ‘I know what different aircraft sound like and there should have been a engine sound but there was none. And what was keeping that thing in the air? There were no wings or tail and it was flying too slow to be airborne.’

“The witnesses all said they felt like the situation was surreal. The pilot said that there was no sound in the area as he watched the object overhead, yet John Cruzan heard the pilot’s dog barking at the object. The neighborhood dogs all barked at the object as it flew over the homes in the area.

“The three witnesses watched the object go down behind trees and thought that it may have landed in a nearby cow pasture. They jumped in the Jeep and raced to the field which is approximately one mile away from their homes.

“As the three pulled to the side of the road, the vehicle’s warning beep started to go off. There were no doors open to cause the sound. John shone a large bright flashlight into the field but the flashlight went very dim. He had a difficult time getting the Jeep in to gear, which never happened before. 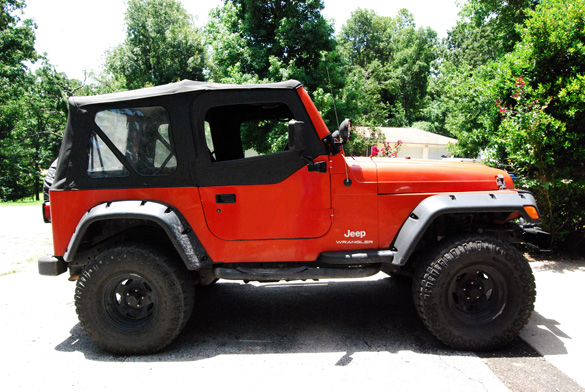 The Jeep the witnesses were driving experienced mechanical problems when they were close to the area where they believed the UFO landed. (Credit: MUFON)

“Finally, he got the Jeep to move on, and then turned around, but when they arrived at the same spot the vehicle’s warning beep again went off and the flashlight went dim again. The next day, the radio’s presets were all gone.”

Missouri MUFON investigators found anomalous electro-magnetic field readings on the ground at the site as well as the top of the Cruzan’s vehicle.  More investigative techniques will be used in the near future including testing of trees and grass at the site. 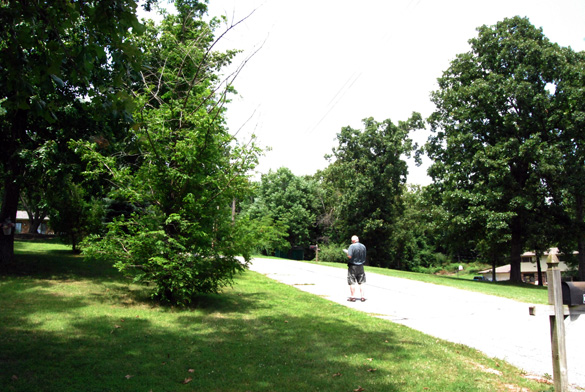 The story was originally covered as: Missouri couple says UFO was ‘bigger than a house’

The three witnesses decided to go public in an effort to get answers to what they saw. Missouri MUFON requests that any other witnesses to this event or similar events contact Margie Kay at 816-833-1602 or margiekay06@yahoo.com. 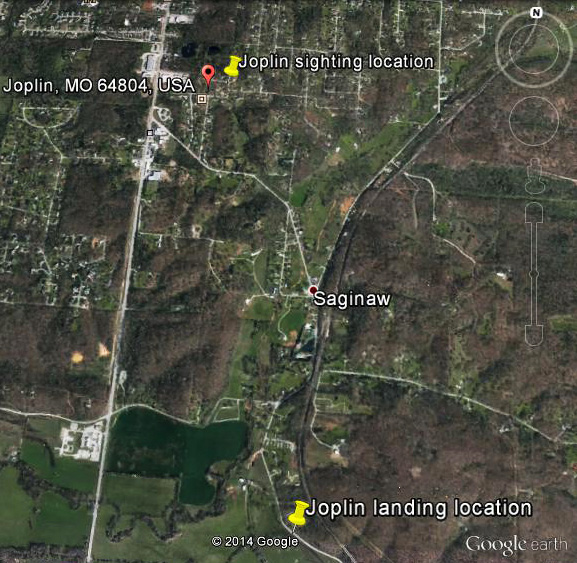