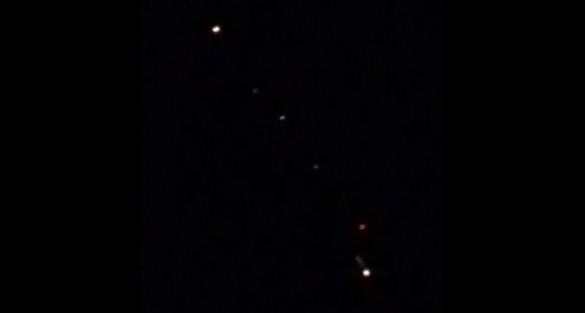 An Idaho couple at Nampa reported watching a hovering set up lights in a circular formation about 11:45 p.m. on September 20, 2015, according to testimony in Case 70704 from the Mutual UFO Network (MUFON) witness reporting database.

The reporting witness and his girlfriend were on a familiar walk to a nearby store when the lights were first seen. 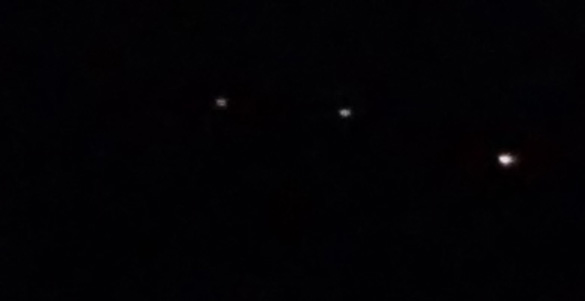 “We noticed that there were a bunch of lights in a circular formation off to the east of the way we were walking,” the witness stated. “It was a huge set of lights that was over the town of Nampa, Idaho. It was over by the city we could tell because there is a bunch of light pollution over there.”

The couple’s first reaction is that they were witnessing a UFO.

“We kept watching it. It did not make any movement or any noise. It did not do anything except for sit there and we have noticed that we have never noticed lights like that over there before and we have walked this path many, many times.”

The couple kept walking while they watched the lights. 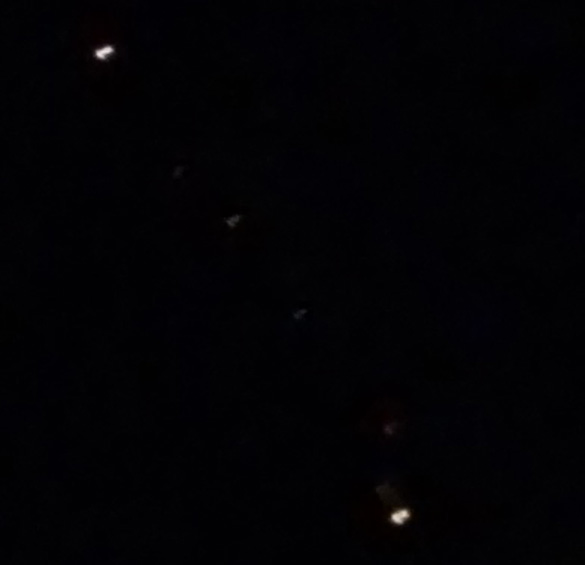 “My first initial feelings and reactions were smiling, yet a little nervous wondering what it could be, thinking it was a UFO. I got chills all over my body. Me and my girlfriend began talking about it and were a little worried.”

They watched the lights for about 25 minutes before losing sight of it to a corn field and continued on their walk to the store.

“On our way back it was gone. Not a single sight of it nowhere to be found – just gone.” 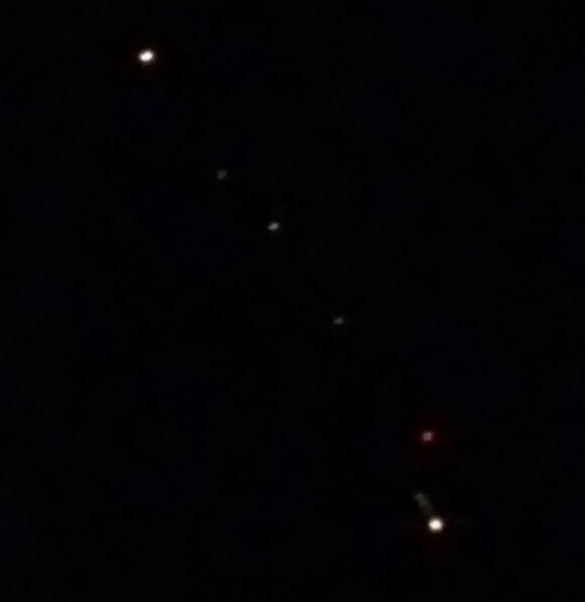 The witness submitted photos of the lights with the report which was filed on September 21, 2015. MUFON Idaho is investigating. 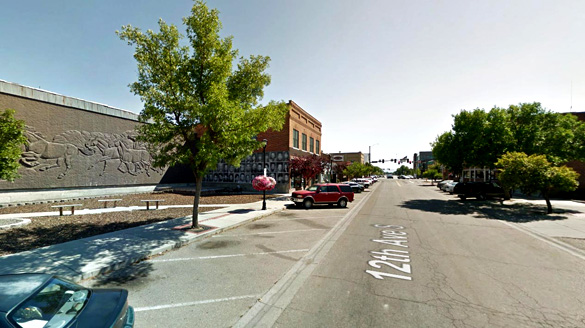 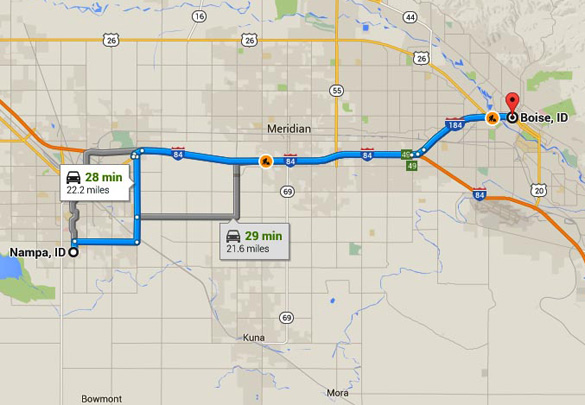 Nampa is the largest city of Canyon County, Idaho, population 81,557. Please remember that most UFO sightings can be explained as something natural or man-made. The above quotes were edited for clarity. Please report UFO activity to MUFON.com.