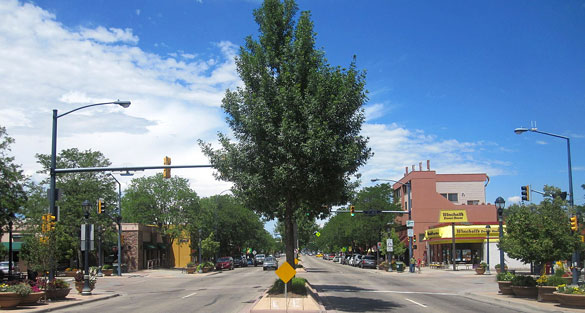 A 2-year-old boy pointed to a UFO hovering under 500 feet saying, “Look, Daddy,” according to testimony from Longmont, CO, in Case 72981 from the Mutual UFO Network (MUFON) witness reporting database. 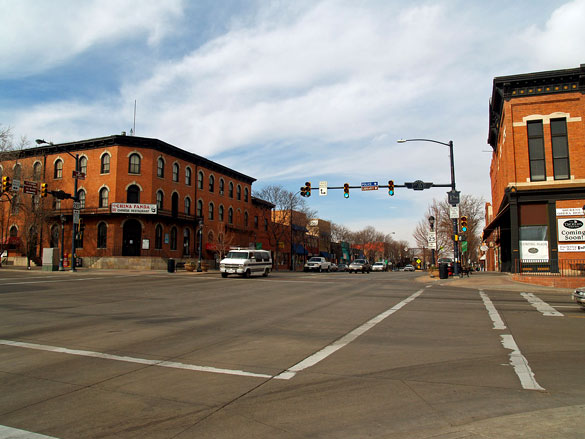 “I had this sudden urge to take my 2-year-old son outside for a walk to look at the stars,” the witness stated.“We left our apartment complex neighborhood and followed a path that leads into a darker, more secluded area with walkways and no street lights. This area is about a five-minute walk from our apartment. There are walking paths that follow alongside a small flowing stream and trees. Just a nice area to view the sky away from lights and buildings.”

The witness was carrying his son in his arms and walking when suddenly the child says, “Daddy, look,” and points up.

“Not directly above us, but up in front of us. I looked and pointed as well. What I saw shocked me.”

“It was barely visible. I could barely see it, but could notice a very, very, large wide V or chevron-shaped craft just hovering completely still. It was a very clear night no moon and the stars were clear. This thing blended in with the stars. It was completely still until a few seconds after we pointed at it, then it moved from east to west toward the Rocky Mountains directly over us.” 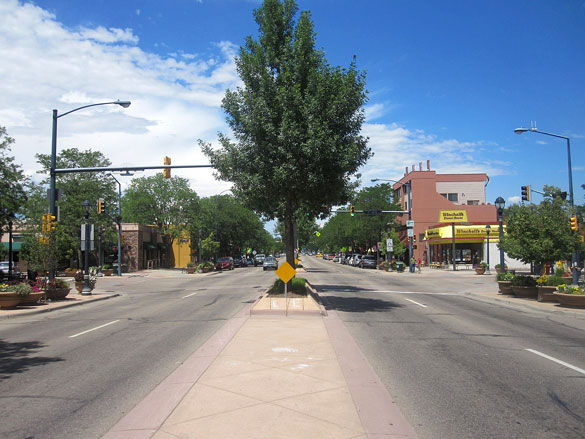 The witness says the object was somewhat transparent.

“I could see the stars in the sky through this craft. Almost as if it were glass or transparent. I only could see seven orange-yellowish circular lights under it as it flew over us. The lights were faded to the same brightness as the background stars, but were much larger. The transparency was exactly like the predator in the predator movie with Arnold. We could see just barely an outline and it somewhat distorted the stars in the sky above it as it moved.”

The witness provided more details on the object.

“It moved in a solid, straight path eastward. It was completely silent. No sound at all. It was hard to tell the size and altitude but I would say it was flying low, really low. Like 500 or less feet; maybe even 100 feet. I mean, it was right there close, gigantic in our face. It was bigger than our entire apartment building. We kept pointing and starring as it passed over us. It was hard to see when it was hovering, but easier to see as it moved over us and it faded as it kept moving west. Eventually it just blended in with the night sky the farther it flew away.”

The object did not behave like standard, known aircraft.

“There was no emission, no smoke or exhaust or afterburners or fire of any kind. Absolutely no sound at all the entire time. No blinking or flashing lights. Only the seven, circular, orange or yellowish lights underneath it. I couldn’t really tell if there was more of a shape to the craft, but I could kind of see it was a very wide V or chevron shape because of the transparent distortion of the background sky and the lights underneath.”

The event did scare the witness.

“I was frightened and so was my son. We just got out there and after seeing this we were both ready to just go home. I felt very frightened more than anything, because of the size and the invisible stealth-like qualities with no noise so close almost felt like we were being stalked. I also found it spooky that I had a sudden urge to go out there at that time. I have had a few other UFO encounters in the past few years. This was the scariest one. I was excited to see it, but It frightened me and my son. Not sure if we just happened to stumble upon some sort of secret military surveillance drone or if it was something else.” 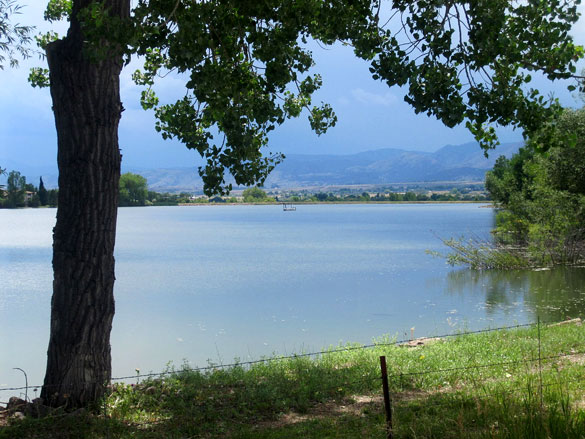 Even though the sighting was frightening, the witness continued to explore the area.

“Even though we were both scared after witnessing it, I continued to walk further down the path and I also noticed headlights driving on the path that no public vehicles were allowed on. As we went further I was also aware of two SUVs that seemed out of place just parked with their headlights on the side of a road to our right as we went further down the walkway. There was also this green laser-like dot I could see moving away from us as we walked. I became fixated on it – wanting to know what it was. It was far ahead of us but in the obvious walking path area. It could have just been some person with a green laser or a very bright green light of some kind. And maybe the SUVs were just there parking to go to somebody’s house. I just had a strange sense about it all. It just did not logically match any known craft. Very spooky!”

This case is under investigation by Colorado Field STAR Team Investigator Randolph Eichelberg.

Longmont is in Boulder and Weld counties, Colorado, population 86,270. Please remember that most UFO sightings can be explained as something natural or man-made. The above quotes were edited for clarity. Please report UFO activity to MUFON.com.