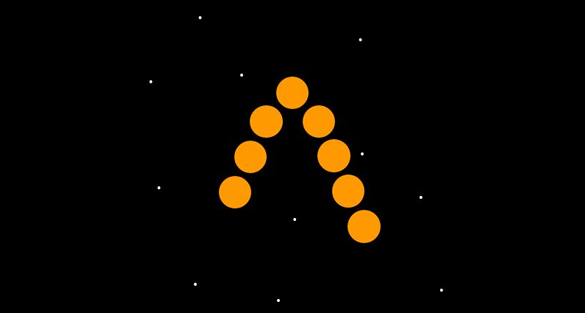 A Virginia witness at Centreville reported watching a low flying, chevron-shaped UFO that moved silently overhead under 700 feet, according to testimony in Case 74930 from the Mutual UFO Network (MUFON) witness reporting database. 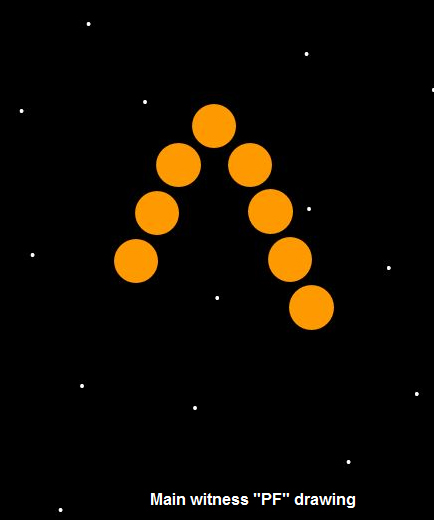 The witness was outside in a hot tub with his wife and adult son looking up at the night sky on a clear and moonless night about 9:30 p.m. on February 28, 2016.

“We like to look up at the stars and keep an eye out for passing satellites or the occasional shooting star,” the witness stated.“We live in Northern Virginia, so with all the light pollution, that’s a challenge.”

The witness then noticed something unusual in the sky.

“As I was looking up I spotted a V-shaped formation of round lights coming straight in our direction from the south. I pointed it out immediately to my son and wife who saw it clearly as well.” 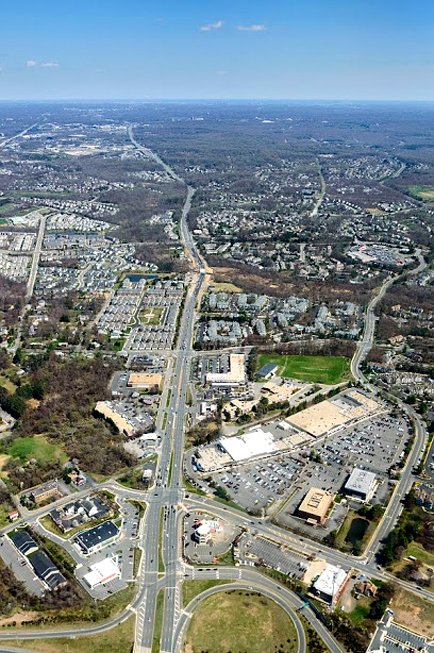 The object appeared to be the size of a DC-9 as it moved overhead less than 700 feet off of the ground. Pictured: Centreville, VA. (Credit: Wikimedia Commons)

“It had a row of four to five round, orange/copper colored lights on each side of the V with a light at the point. Judging only from its lights – we could not see any structural definition – it appeared to be about the same size as a McDonnell Douglas DC-9.”

The object was flying rather close to the ground.

“It flew by approximately 500-700 feet up from the ground, about the same height of approaching aircraft to the airport. The object flew due north right overhead of us. We live close to Dulles International Airport so we frequently see and hear (very noisy) approaching and departing aircraft in the area.”

But something stood out with this object.

“There were no aircraft in the immediate area during our sighting of the craft. If flew over steady, fast and silently. Not a sound! The whole event took less than eight seconds, but left us speechless! We could not explain it away as an aircraft, flock of geese, or anything from our experience.” 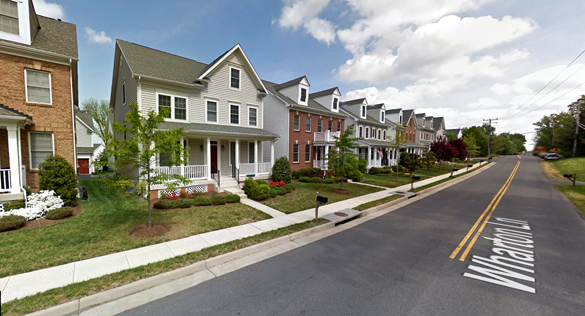 The object had a row of four or five lights along each side of its V shape. Pictured: Centreville, VA. (Credit: Google)

Centreville is in Fairfax County, VA, population 71,135. Please remember that most UFO sightings can be explained as something natural or man-made. The above quotes were edited for clarity. Please report UFO activity to MUFON.com.