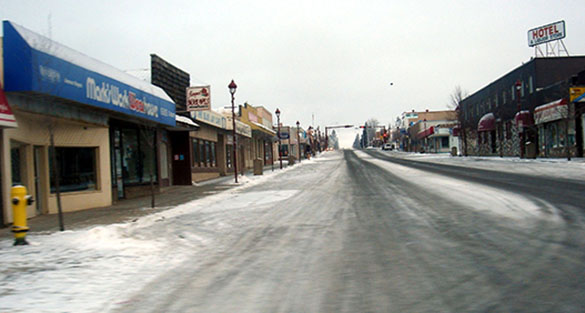 A Canadian witness at Edson reported a glowing object following her vehicle just 20 feet overhead, according to testimony in Case 83272 from the Mutual UFO Network (MUFON) witness reporting database.

The witness was returning home from the hospital at 10 p.m. on April 19, 2017, when the incident occurred.

“It was about a 15-minute drive,but felt much longer that night,” the witness stated.“No vehicles in sight. Out of nowhere a bright, yellow-colored light appeared in my rearview mirror nearly blinding me.” 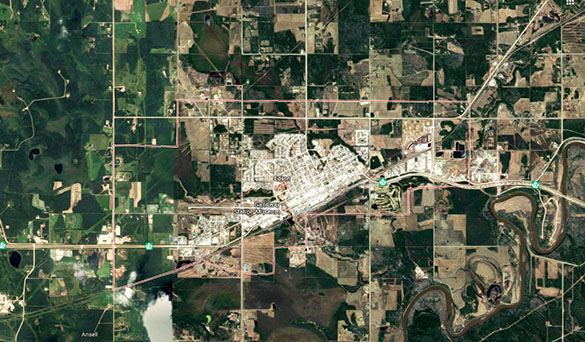 The driver eventually released the object was 20 feet over the vehicle as she approached Edson. (Credit: Google)

The witness first thought the light might be a vehicle approaching from behind.

“I continued driving and slowed down a little, hoping it was passing me. That’s when it started to speed up and that’s when I realized it was above the car, maybe a 20-foot distance.”

“I noticed it was a bright, yellow-orange color and glowed. I could not make out the details as it was too bright. I sped up to get away from it, but it continued at the same speed overhead. For 15minutes, it remained this way. When I got closer to my destination, I went down a hill to get to my turn and slowed right down. The UFO then abruptly changed direction towards where I was headed to. Hovered above the property and then the UFO glowing light went dim and disappeared into the darkness of the night.” 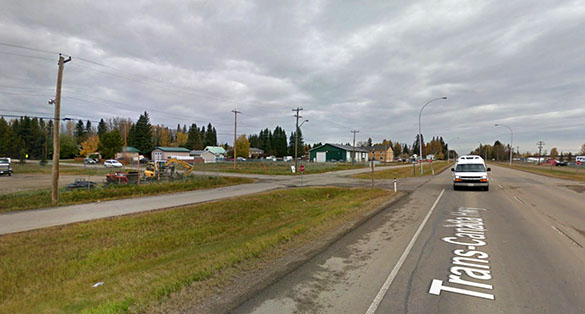 Once at her destination, the object briefly hovered over the property before moving away. Pictured: Edson, AB, Canada. (Credit: Google)

Edson is a town in west-central Alberta, Canada, population 8,414. MUFON Canada is investigating. Please remember that most UFO sightings can be explained as something natural or man-made. The above quotes were edited for clarity. Please report UFO activity to MUFON.com.