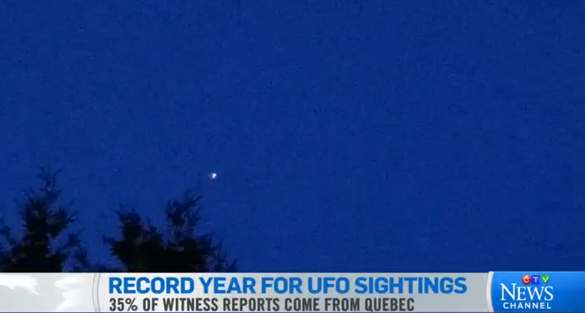 A Canadian organization called Ufology Research recently released their annual UFO report, showing an increase in sightings in 2015 over the last couple of years, and the media has taken notice. Not only the major news outlets in Canada, but also the big ones here in the U.S. and the U.K.

Chris Rutkowski, the head of Ufology Research, who has been inundated with interview requests, says he thinks it might be a case of news outlets looking for anything to cover other than the U.S. elections.

This year’s report, which can be downloaded freely at their website, claims there were 1,267 UFO sightings reported in Canada in 2015, which they say equates to about three or four per day. Although this is the highest number they have seen in the last couple years, it is only the second largest number of UFO sightings reported in a year since 1989, when they began collecting data. 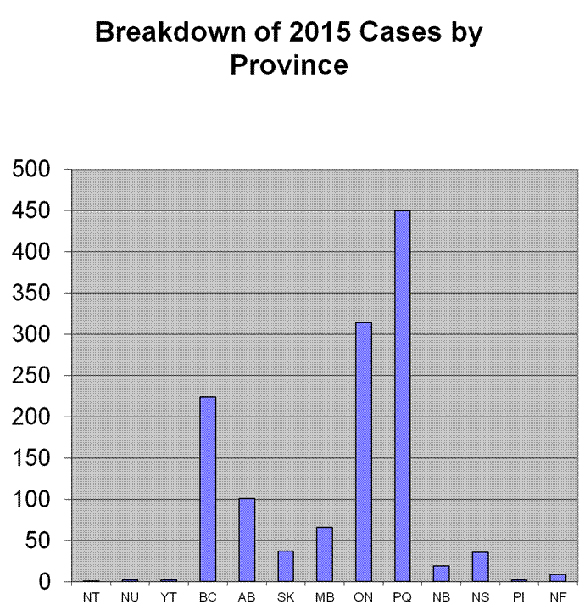 2012 saw the largest number of reports, at 1,981. The report suggests the high number of sightings in 2012 was due to the “end of the word” scenarios that were popular that year due to mythologies related to the Mayan Calendar. Their graphs show that since 1985, besides 2012, sightings have been steadily increasing, mostly, with slight peaks and valleys here and there. 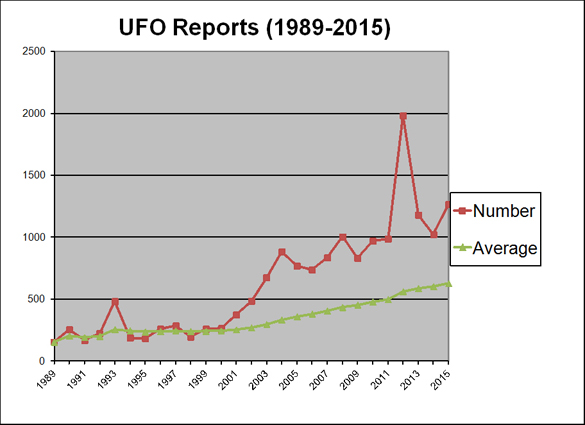 The group obtains its data from several different organizations that collect UFO sightings. They also scours YouTube for UFO sightings to include in their numbers.

Another interesting aspect of the report is data on the shapes, sizes, colors and other aspects of the UFO sightings, including whether they have been determined to be misidentifications or remain unknown after investigation.

In a recent interview with Open Minds UFO Radio, Rutkowski says 12% of the 2015 reports were unexplained. Although, after a closer look, his group whittled that down to 2% to 4%, which is consistent with their findings over the years. To date, they have collected over 17,000 UFO reports. 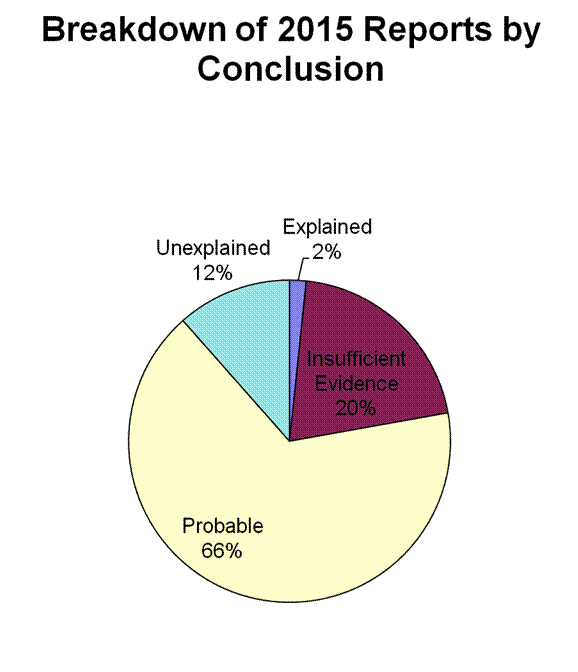 As for the types of sightings, most seem to be points of light, recorded as “Point Source” in the report. Surprisingly, most UFO reports are of orange objects, at 31%. White and red both came in tied at second at 14%. 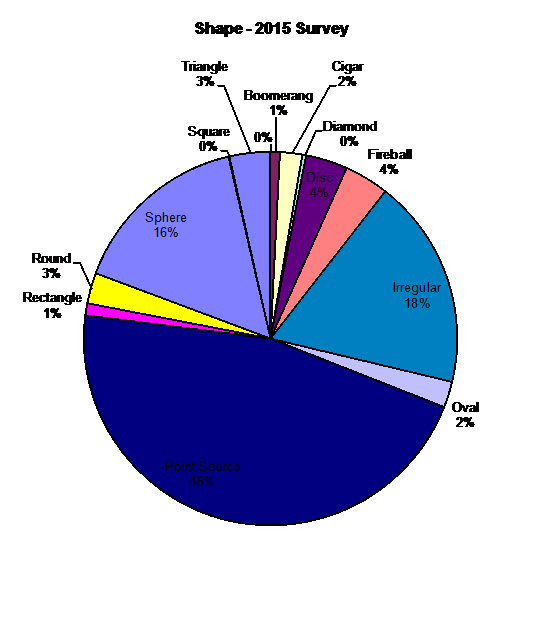 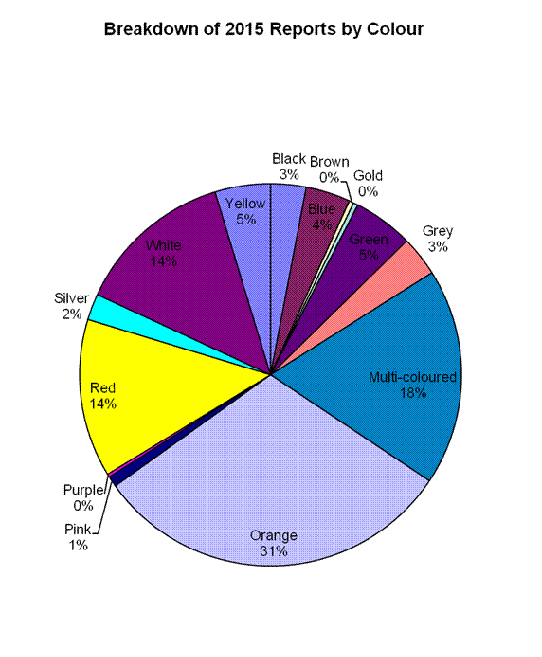 Many UFO organizations have recorded an increase in orange colored lights in the sky and often suggest this is due to the growing popularity of Chinese Lanterns. Rutkowski agrees that Chinese Lanterns do account for some of these sightings.

“We have been able to track down quite a few of them to releases of Chinese Lanterns during particular festivals, ceremonies, weddings and so forth. The movie Tangled seem to make it very attractive for people to send up Chinese Lanterns,” explained Rutkowski. “We suspect that is a big part of it. Certainly not all of the cases are ascribable to those types of explanations, but we have to take those into account.” 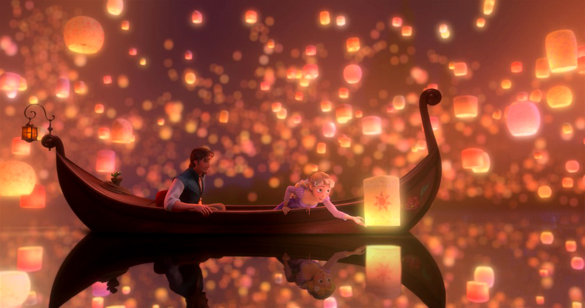 Besides numbers, which might be boring to some, the report also includes a list of the most fascinating cases. This section is called the “Most Interesting Canadian ‘Unknowns’ in 2015,” and includes cases that were found to be very reliable, very strange, and had enough information available to make a substantial evaluation.

All of the cases in this section are very interesting, but one of the most reliable seems to be a case seen by multiple aircraft. The report is from January 10, 2015 at 1 pm in Lumsden, Saskatchewan.

The summary reads: “Multiple aircraft reported a very large object with a small white light in the middle, surrounded by a halo, moving northbound in the vicinity of Lumsden, SK. One pilot reported the object appeared to descend from above FL410. The sighting lasted one to two minutes.”

Chris Rutkowski on CTV. Click the image to see the story. (Credit: CTV)

Many of the reports are also very strange, but one of the weirdest was from September 24, 2015. This sighting reportedly took place in Napanee, Ontario, at 8 pm.

The summary reads: “Bright starlike object in sky began emitting pink ‘tentacles’ then turned inside out. The object became a dark ‘rowboat’ with two lights like ‘cement barriers that lay on the ground in a parking space.’ Above was a large circular ball of blue light. The odd craft gave off a sound that seemed to create a ‘tingy (sic) feeling’ in the witness’ arms. It was the size of a large building and moved slow but steady overhead before moving out of view.”

In the Open Minds UFO Radio interview, Rutkowski talked about one of his favorites cases from 2015.

Rutkowski  recounted, “To me, one of the most interesting came from Northern Quebec. A truck driver was driving, last fall, and he said that as he was driving along an isolated part of the road that he saw a light come up on him, a blue light, and he thought it was someone trying to pass. So he pulled over, slightly, to the side of the road, and wouldn’t you know it, this light moved as if to pass, but then when it got level with his truck, the light just simply disappeared. Straight out of Close Encounters the movie.”

Spooky. Lord knows what is going on out there in the wilds of Canada.

For more information on the 2015 Canadian UFO Report, and to download graphs, data and charts, visit survey.canadianuforeport.com.

You can listen to the recent Open Minds UFO Radio interview with Chris Rutkwoski below.