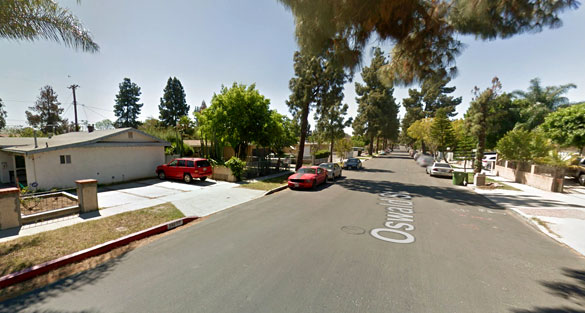 A California witness at Sylmar recalled watching a slow moving, V-shaped UFO with different sizes of squares emitting light, according to testimony in Case 73047 from the Mutual UFO Network (MUFON) witness reporting database. 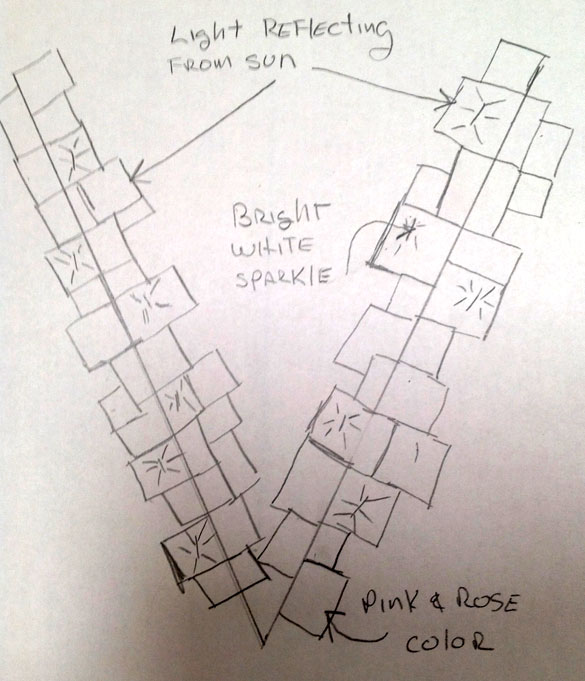 Witness illustration of the UFO seen on June 5, 2012, over the Sylmar neighborhood in Los Angeles. (Credit: MUFON)

“I looked up to the northwest and I saw this V-shaped object flying very slow in one straight line,” the witness stated. “The V-shaped point was pointed down as it was moving.” 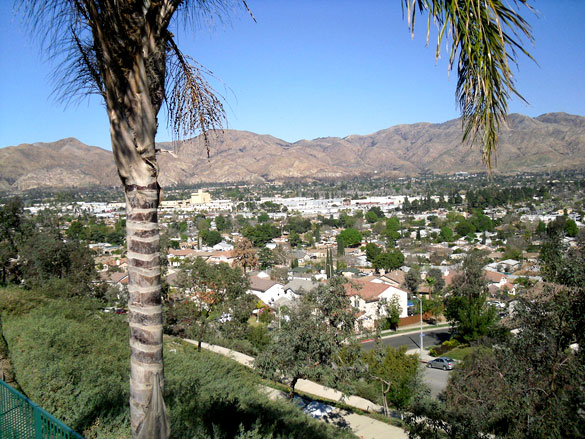 While the object could not be identified, the witness described square lights with white and pink colors. Pictured: View of Sylmar facing north. (Credit: Wikimedia Commons)

But there was another aspect to the object that the witness found interesting.

“The lines of this V-shaped object had these different size square cubes and reflecting light on each other and it sparkled white. This object or whatever it was had a color pink. The rose in color was almost copper looking. Both my son and I were looking at this object moving in a slow, straight path and we could not figure what it was.”

“Now you guys might say it was balloons. At first I thought they were, but these were perfect squares of different sized cubes and they were stationary. And yes, I’ve seen balloons up in the air and moving back and forth from the wind currents. I live in the San Fernando Valley andhave lived here all my life and yes there is Burbank Airport and Whiteman Airport. I’ve seen many planes and helicopters and know the speed as they travel in the skies. I’m a tile contractor and used to being very detailed in my work. That’s my job and that is what I saw.” 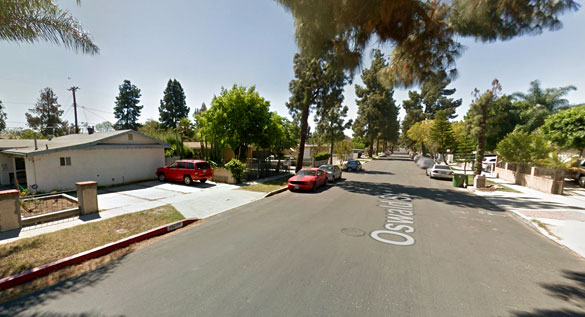 The witness claims the object could not be identified. Pictured: Sylmar, California. (Credit: Google)

Sylmar is a moderately diverse neighborhood in the San Fernando Valley region of Los Angeles, California, population 90,000. Please remember that most UFO sightings can be explained as something natural or man-made. The above quotes were edited for clarity. Please report UFO activity to MUFON.com.