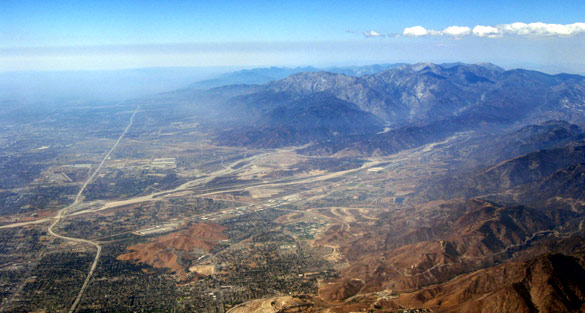 A California private pilot at San Bernardino reported a close encounter with a sphere-shaped UFO that came within 150 feet of his aircraft, according to testimony in Case 76954 from the Mutual UFO Network (MUFON) witness reporting database. 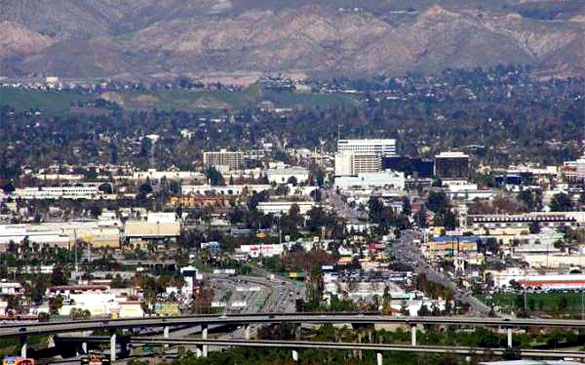 The event occurred on June 5, 2016, while the witness was flying a private aircraft shortly after takeoff while still in the traffic pattern.

“I encountered an unidentified object at approximately 1,000 feet AGL,” the witness stated.“Object was going in the opposite direction and passed within 300 feet off my left wing. It was a metallic orb that reflected the light brilliantly and was approximately the size of a basketball.” 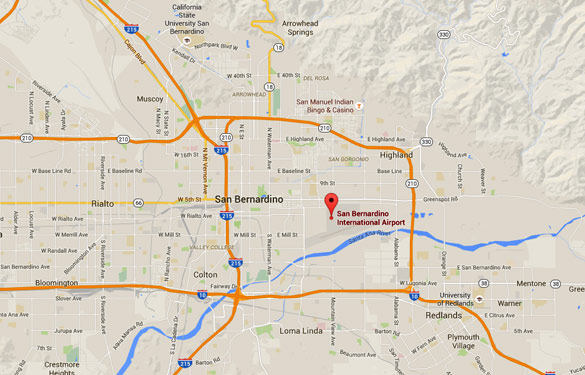 The object first passed within 300 feet of the aircraft. (Credit: Google)

The pilot banked hard left in an attempt to chase the object, placing his aircraft at its 6:00 position.

“Almost immediately the object did a hard left turn accelerating to a position opposite my left wing and within 150 feet. I banked hard left again and became engaged in a two-turn ‘Dogfight’ with the object as we both tried to get on each other’s tail. After the second turn the object broke away in a southern direction. I lost sight after that.”

This is the second encounter the pilot has had with an identical object while in the air. The pilot stated that the last encounter was in 1978. 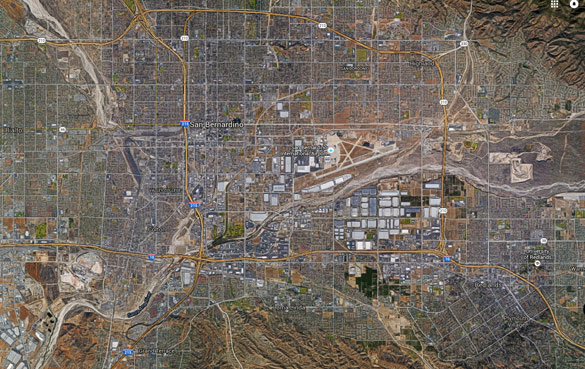 The object came within 150 feet of the airplane on a second pass. (Credit: Google)

San Bernardino is the county seat of San Bernardino County, CA, population 209,924. California Field Investigator Linda Flechtner is investigating. Please remember that most UFO sightings can be explained as something natural or man-made. The above quotes were edited for clarity. Please report UFO activity to MUFON.com.