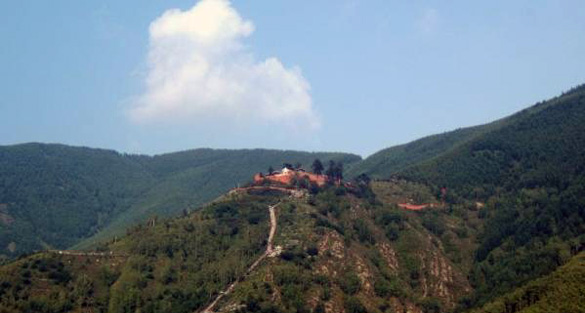 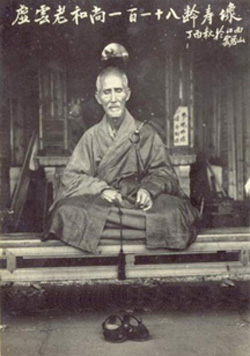 Hsu Yun (aka Xu-Yun), famous Chan Buddhist monk, recounts a UFO sighting from 1884 in his autobiography.

Last week we received an email from Sanjin Đumišić, a Swedish writer, photographer, intermedia composer and editor-in-chief for the Swedish music site AlltFörMusik.se. He wanted us to check out his blog entry about a cool discovery he made while reading the autobiography of a famous Chan Buddhist.

Chan is often described as Chinese Zen Buddhism, of which Hsu Yun was one of the most influential Buddhist masters. He is believed to have lived for 119 years. He was born in 1840, and died in 1959. Online you can find a pictorial biography of the life on Master Hsu Yun, and also his autobiography, titled Empty Cloud (the UFO sighting is on pages 47 and 48 of this pdf).

Sanjin was surprised to discover a passage recounting Hsu Yun’s visit to Da-luo Peak in 1884, where he went to pay respects to the “wisdom lamps.” Hsu Yun writes:

I climbed the Da-luo Peak, where I paid reverence to the ‘wisdom lamps’ said to appear there. I saw nothing the first night but on the second, I saw a great ball of light flying from the Northern to the Central Peak, where it came down, splitting a short while later into over ten balls of different sizes. The same night, I saw on the Central Peak three balls of light flying up and down in the air and on the Northern Peak, four balls of light which varied in size. 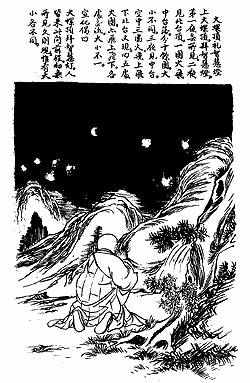 This story can also be found in the pictorial biography and reads:

The Master bowed to the Wisdom Lamps on top of Ta Lo Mountain.

People often came to this spot to witness what fortune they might.

At first there was nothing unusual, but then they all appeared:

Large ones, small ones, and in between – each fireball was unique.

Hsu Yun has two Buddhist orders named after him, and although he is so famous, I could not find any more information about the “wisdom lights.” However, the area where he saw them does now have a Buddhist temple.

Sanjin was surprised to come across this UFO reference in an unrelated book. He writes in his blog, “There must be so much more of these observations hidden in books you don’t expect to find any UFO references.” 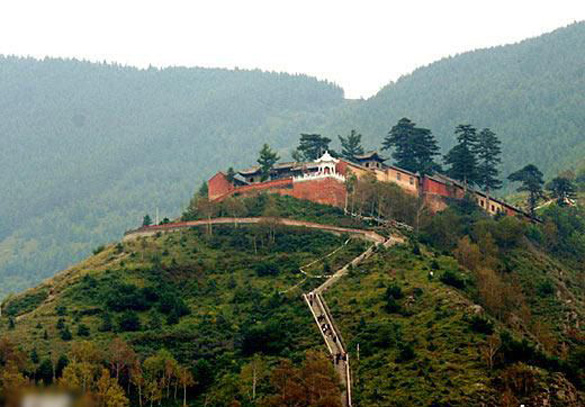 Thanks to Sanjin Đumišić for the tip. You can read his blog at sanjindumisic.com.