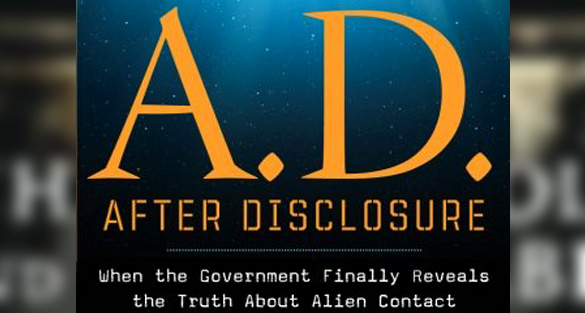 Open Minds UFO Radio: Bryce Zabel has created and produced five primetime television series, including fan favorites Dark Skies and The Crow, and worked on a dozen TV writing staffs (Lois & Clark, Taken). A produced feature (Atlantis, Mortal Kombat) and miniseries writer (Blackbeard, Pandemic), Bryce’s latest film, The Last Battle, based on a New York Times bestseller, will be shot by StudioCanal next year in Europe. He was the first writer since Rod Serling elected to serve as Chairman/CEO of the Television Academy, and is a winner of the prestigious Writers Guild award for screenwriting. He has taught screenwriting as an Adjunct Professor at the USC School of Cinematic Arts, reported on-air as a CNN correspondent, and won multiple awards for investigative reporting for PBS. His Breakpoint alternate history book series is the winner of the Sidewise Award. The latest book in the series is Once There Was a Way, a novel about The Beatles staying together. He is developing Unidentified about the race to break the Roswell story, and Captured about the Betty and Barney Hill abduction. His book A.D. After Disclosure with Richard Dolan was the first book devoted exclusively to the Disclosure topic.

In this episode, we discuss UFO disclosure, how one would define the term, and where we are in the process of disclosure or if that process has even begun.