A British witness in London reported watching and videotaping a dark object crossing the sky that changed directions, slowed down and hovered at times that appeared to change shape, according to testimony in Case 67917 from the Mutual UFO Network (MUFON) witness reporting database.

The event occurred beginning at 2:55 p.m. London time on July 5, 2015, when the witness was sitting outside in his garden drinking a cup of tea.

“I was watching three birds when I noticed a fourth, dark shape in the sky,” the witness stated.“This was not moving in the same manner as the birds and caught my attention.”

The witness quickly began video recording the object on his mobile phone for approximately two minutes (video seen above). 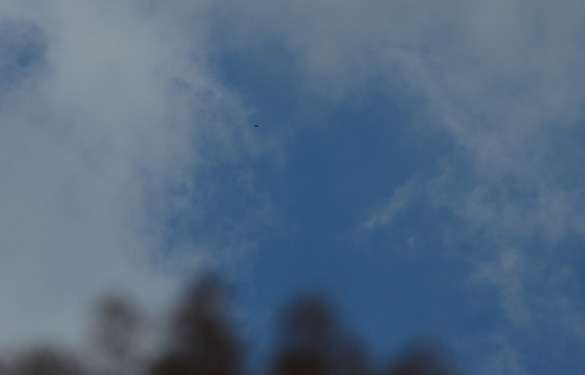 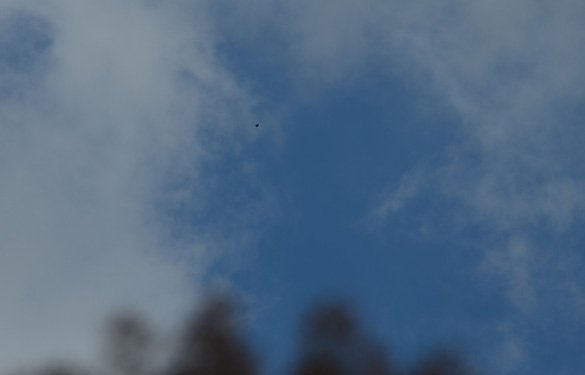 “At this stage I decided to run to my room and get my DSLR. I changed the lens and put on a 50-300mm telephoto lens and returned to the garden which took approximately one minute. I took a series of photos at full zoom, however, in my excitement I did not check the images and the first 5 or 6 were over exposed. I adjusted the settings and took a further two photos at full zoom.”

Shortly after the last picture was taken, the object moved out of the witnesses’ line of sight. 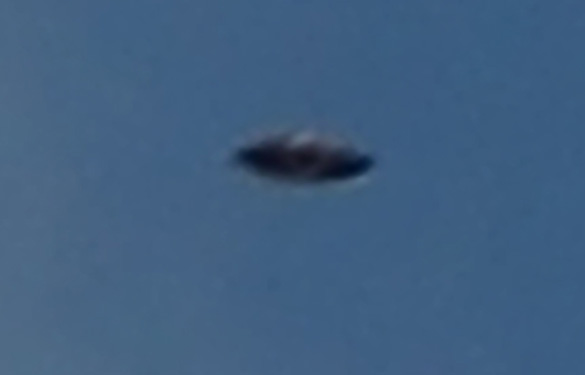 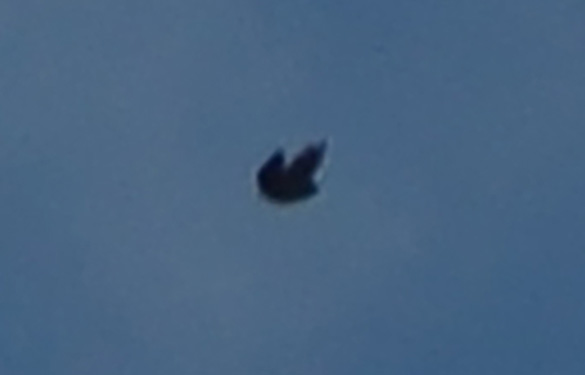 “I reviewed the images and video following the incident and was very surprised with the images I managed to capture. The object appeared to the naked eye as a black dot moving at a regular speed on a somewhat erratic course. It appears the same in the video although upon reviewing this I note that the object changes direction several times and appears to slow down and stop moving at other times. I reviewed the photos and used the zoom function to get a closer look. In one image the object appears as a stereotypical ‘flying saucer’ and has a lighter circle marking on it. In the other photos (which were taken a few seconds apart) the object looks a completely different shape. I took the photos in hi-res and also have the RAW files which I have attached.”

The case was reported to MUFON on July 9, 2015, and investigated by Field Investigator Jack Turnbull and closed as an Unknown.