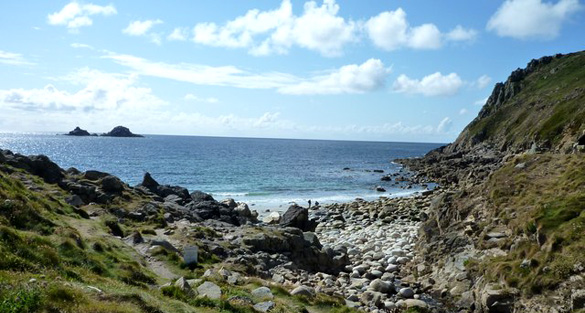 A British witness at St. Just, Cornwall, recalled a UFO incident from 1993 that added to a larger puzzle suggesting a time portal opened up in the area, according to testimony in Case 75940 from the Mutual UFO Network (MUFON) witness reporting database.

The witness and her now-late husband had driven to their favorite spot on the cliffs at Botallack near St. Just in Cornwall, UK, just at dinner time about 6:30 p.m. on October 23, 1993, when the first incident took place.

“We had bought fish and chips to eat in our old MG car out on the cliffs,” the witness stated. “It was a beautiful evening and we were the only people parked there. As we looked out at the view of the cliffs, old tin mines and the Atlantic Ocean crashing in, we suddenly noticed somebody walking up the cliff path.”

The two were confused as they looked at this person.

“Walking up the cliffs was an olden times smuggler from the 1700/1800’s period. The best way to describe this is if you Google ‘Poldark,’ that is the era. What we could see was a man, in a black Tri-Star hat, long black, old smuggler-type coat, a long wooden staff in his left hand and a small barrel/keg under his right arm. We both looked at each other and then back to him walking up the coast path.

“Both confused at what we were looking at, I said to my husband, ‘Maybe there is a party somewhere?’ If you knew the location, you would know that was at the best a long shot.”

They continued to watch the person walk up the path.

“As he reached the adjoining path he was suddenly gone! Into thin air! We did not lose sight of him at any time. And then he was gone! All I can tell you is that what we saw was as solid, as solid as you and I, although neither of us remember seeing features on a face, or to be honest, even a face. We knew that what we had just seen was unexplainable and couldn’t get our minds around it. It wasn’t until we were driving home that I said, ‘Did we just see a ghost?’”

The two wondered about their encounter, and later questioned whether it was related to a second event at the same site.

“About a week later, there was a big storm blowing with really strong gale force ‘inland’ winds. The sea was crashing in and the wind was too strong to get out of the car as you couldn’t stand. We sat in our car when we noticed behind us a white ball, approximately 7 to 8 inches. You could see it was spinning furiously, but (the storm) was not causing it to move in the slightest.”

“It was approximately 15 feet away from us and six feet off of the ground. The strangest thing was, that the gale force inland wind was not making it move at all, yet we couldn’t even stand up in it! The ‘ball’ didn’t move for about two minutes, then it slowly moved directly upwards by about four feet, again it hovered on the spot for several minutes before moving directly down again by three or four feet where again it hovered for a time. It then rose into the air by approximately eight feet, again directly in a straight line and totally unaffected by the wind. It hovered for about three minutes before shooting inland at a 90-degree angle and out of sight.” 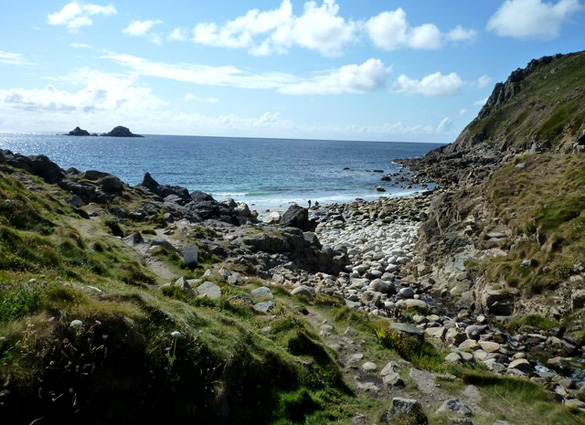 The two were shocked by what they had seen and sat silently in their car.

“I think after what had happened the previous week, we thought it must be ‘ghost’ connected? For years the memory of what happened has never left us and I can still see the events in detail. I’ve tried to look for answers, but can’t find any. I only realized recently that ‘the ball’ was an Unidentified Flying Object of some sort. So I have decided to record this with yourselves. The whole of Cornwall is built on granite and so is extremely quartz rich. I often questioned myself as to if there could have been some kind of portal open up? I hope that this piece of my jigsaw might fit somewhere in all the other events out there. Thank you.”