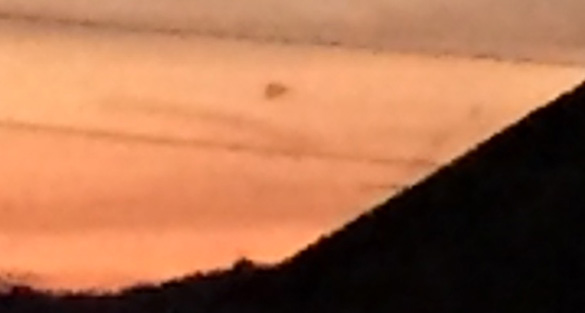 A British witness at Maidstone reported watching and photographing a triangle UFO during a multi-UFO sighting, according to testimony in Case 76186 from the Mutual UFO Network (MUFON) witness reporting database. 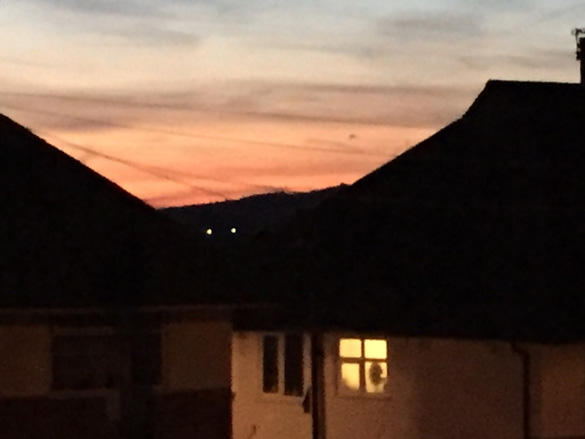 The reporting witness and her 17-year-old daughter were sitting inside with the blinds open at 9:30 a.m. on May 4, 2016, when the daughter asked about an object in the sky she was seeing.

“There was a black triangle hovering in the sky,” the witness stated.“We didn’t take our eyes off it. Very slowly it moved to the north. After approximately 10 minutes and to the left of it a black orb appeared. There was another object just below and to the right of the orb that looked like a line and seemed to follow the orb.” 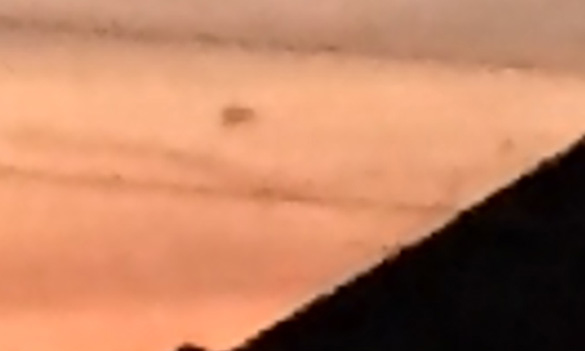 But then the orb changed shape.

“Very slowly the orb changed shape and became another black triangle. We could no longer see the ‘line ‘ and by now the first triangle had moved out of sight as our view was obstructed by a building. The second triangle was stationary to begin with then very slowly moved north as the first one had. Eventually we couldn’t see it.” 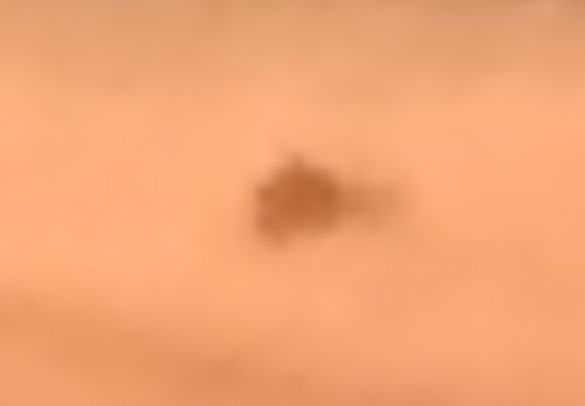 The witness described the orb.

“When it was an orb it seemed to come closer and get bigger before it turned into a triangle. There were no lights. I couldn’t hear any noise, but my hearing is not as sharp as it used to be and my daughter is adamant there was a humming noise. From the position of the objects it looked as if they were over a nearby motorway. A plane went past at one point, much higher than the triangle and with lights, where what we saw had none. When the object was stationary it was moving very slightly from side-to-side. It all lasted approximately one hour.” 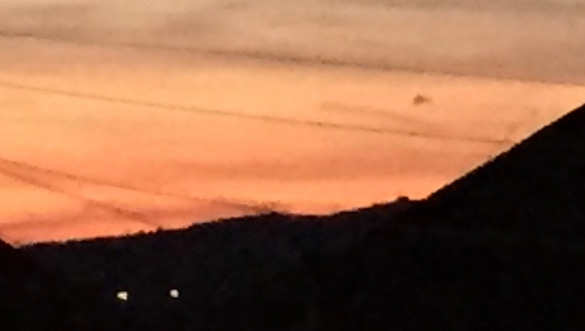 The witness ruled out known objects. 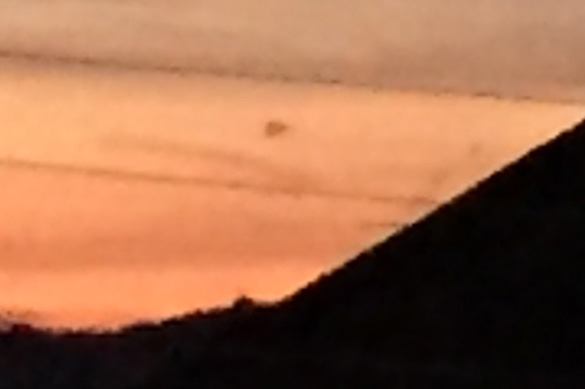 “As we watched we spoke to each other about what it could be. It certainly wasn’t a plane, helicopter or balloon. We’re certain what we saw was nothing manmade or natural. We felt like we didn’t want it to leave.” 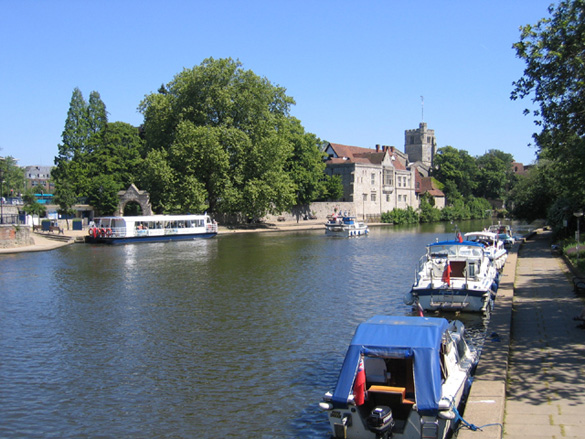 Maidstone is the county town of Kent, England, 32 miles southeast of London, population 113,137. British National Director Jack Turnbull investigated this case and closed it as an Unknown. Please remember that most UFO sightings can be explained as something natural or man-made. The above quotes were edited for clarity. Please report UFO activity to MUFON.com.